JT Nesbitt from New Orleans is an artist and a craftsman. The kind of person that dreams up something tangible and spends the next six years figuring out all the details before he sets out building it. He isn’t afraid of something he doesn’t know how to do. He just spends time learning with the goal of getting an obstacle out of his path.
– 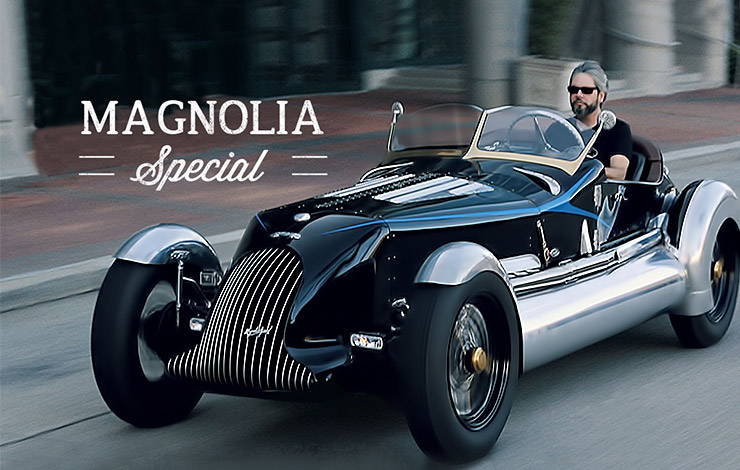 He is the kind of guy that never leaves the house without his sketchbook. Ideas are always flowing and sometimes take years to materialize. Nesbitt deems himself an environmentalist and has a deep connection to the city he lives in.

Nesbitt didn’t flee New Orleans after Katrina, in fact he dug in deeper and helped out his neighbors as much as he could. He started up his own business in the French Quarter called Bienville Studios. Bienville is where he experiments with any and all ideas that come to him. From painting and sculpture to engineering a one-of-a-kind suspension for his motorcycle, Nesbitt’s creative flows.
– 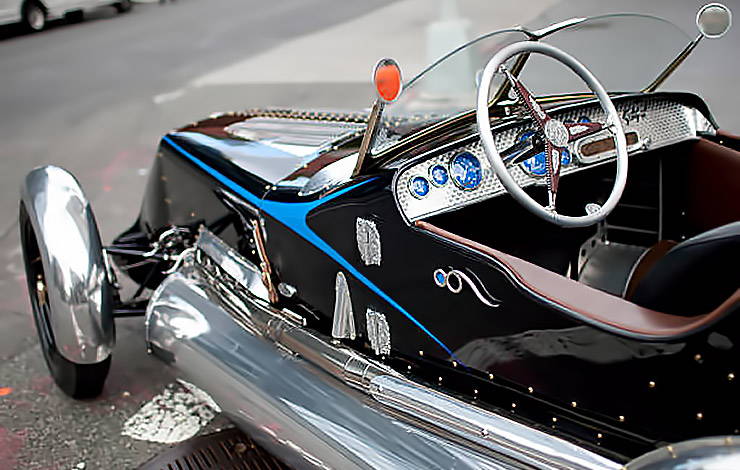 It was within this studio where he dusted off an old sketchbook and found the plans for a natural gas-powered car that he designed years ago. The time was right to set off on the adventure to build the Magnolia Special.

Nesbitt says, “The coachwork was a lot of fun as it was me learning how to build stuff”. But he confesses that way the car looks is not that important to him. It’s what the car does and stands for that is key. The Magnolia Special is built to run on natural gas. It uses a 4.2 liter Jaguar XJ6 engine. “The Jag motors have a long piston throw,” Nesbitt continues,” you need that time to combust the natural gas”. 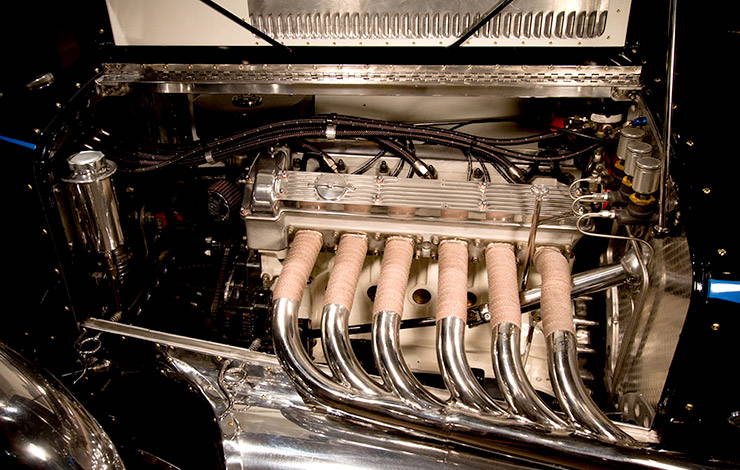 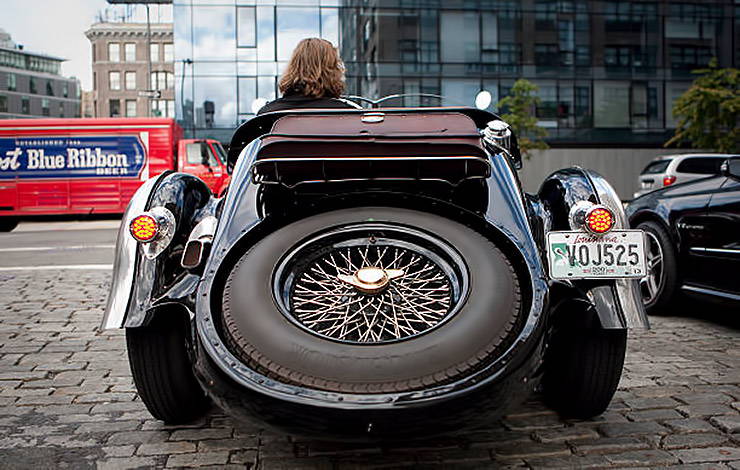 Every inch of the car is hand-built with no attention to detail spared. It took two years to build the Magnolia Special and Nesbitt worked with a fever to get it done. The main goal was to make the cross-country trip from New York to Los Angeles.


The biggest reward was making the 89 hour drive across the country without any major hiccups. At one point JT and his co-pilot, Max Matern, had to wait hours in the freezing cold for a CNG fueling station to open. 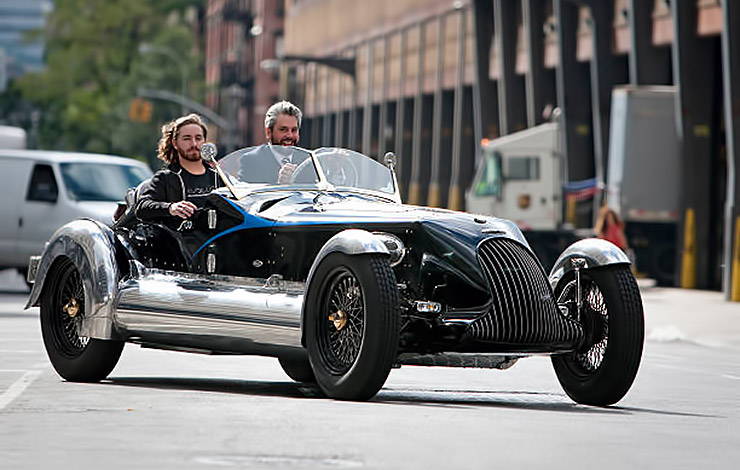 The car held up perfectly on the transcontinental trip and they never endured problems with the weather. Nesbitt smiles at the memory, “We were very cold most of the journey, but big deal, people used to walk across the country!” 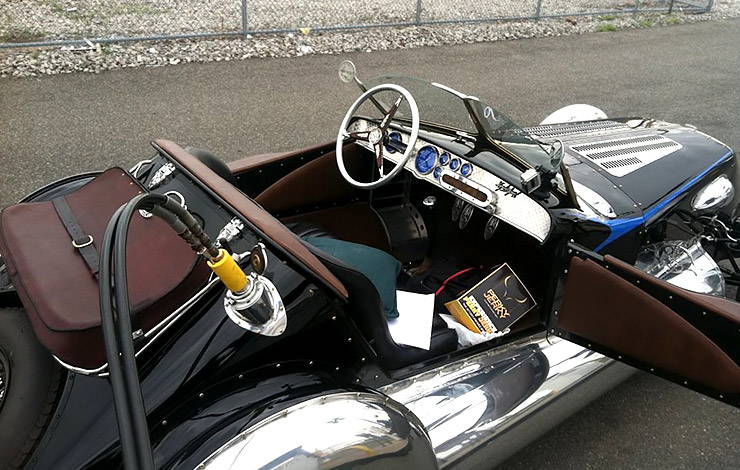 Natural gas was an obvious choice for Nesbitt. US has vast CNG resources – the US is actually a net exporter of natural gas. He explains, “It’s locally produced and the infrastructure already exists throughout the country. What if you had liquid petroleum running into your house, would that be more or less dangerous than natural gas”?


“You can’t help to be influenced by living in New Orleans, a city that is this old and burnished,” he says. As night falls, he points out the natural gas lamps that are strung across the Quarter and asks once again, “Do you think natural gas is dangerous?” 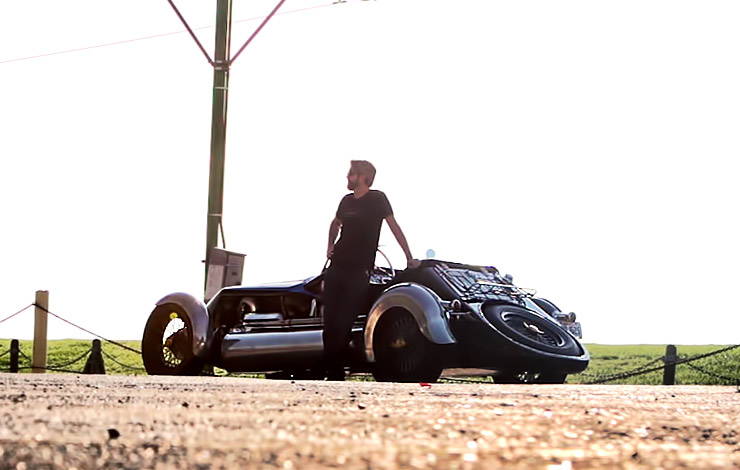 Nesbitt isn’t driven by profit, but passion. He has no plans to commercialize Magnolia.
Now, watch the video below to learn more about this gorgeous roadster.