With a $6 million price tag, this may be the world’s most expensive Ford Super Duty F750.

Peter Dunkel began with a huge Ford F750 commercial truck, and the budget was a staggering six million dollars. The result of his project was dubbed the F750 World Cruiser, and it’s quite the sight to behold. He calls his truck “The mother of all multipurpose vehicles.”
– 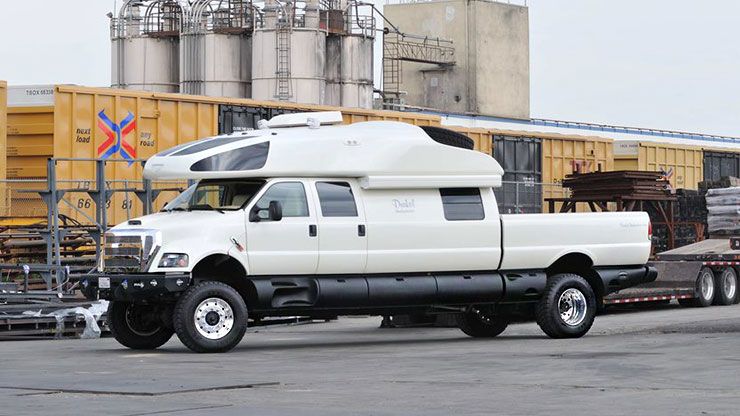 Peter Dunkel is a partner in Dunkel Brother Machinery Moving, a company that moves very big things. His company moved everything, perhaps most sensationally, the Space Shuttle Endeavor from LAX Airport to the California Space Center. So he is no stranger to big toys. 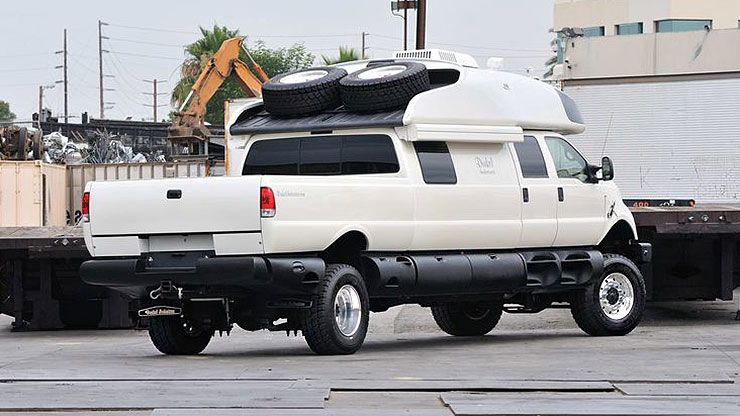 Built as both a motorhome and a heavy duty hauler, the truck was widened 22 inches to accommodate a large vehicle in the back, yet through careful choice of materials and components, it is half the weight of a conventional motorhome while maintaining full functionality and maximum towing capacity.

It has a full living room, bathroom and kitchen and it is capable of accommodating 6 persons! There are sleeping quarters, a full bathroom with a shower, a complete kitchen and, of course a lounge area with a flat screen TV. And for those no-holds-barred tailgate parties, there is a Kenwood Supreme Entertainment sound system with flip up exterior speakers and an exterior 10-inch subwoofer to “rock the neighborhood,” as the catalog description puts it. 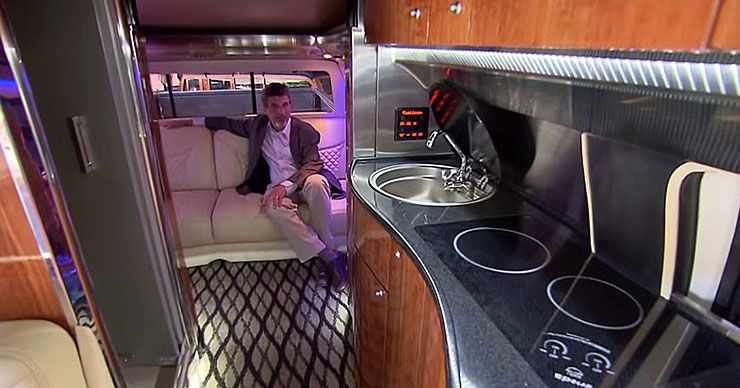 It’s literally a house on wheels and all this is pulled down the highway by a Caterpillar diesel engine putting out 1,200 foot pounds of torque and mated to an industrial-strength Allison 6-speed automatic transmission. Two auxiliary fuel tanks carry 60 gallons of fuel. 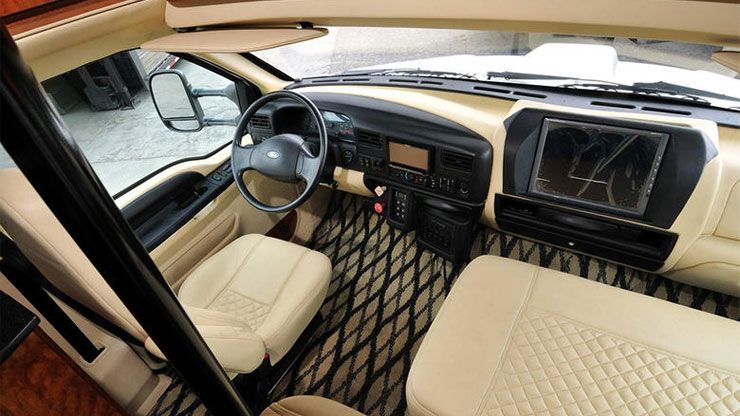 The F750 World Cruiser is anything but subtle, but as far as full-size motorhomes go, this might be one of the most over-the-top builds we’ve ever seen. Check out the video below.