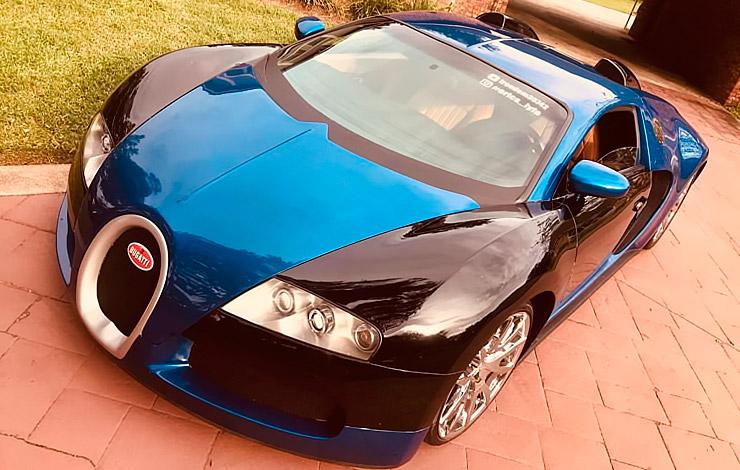 A supercar nut has transformed his $1,500-$2,000 worth Ford banger into this stunning replica of the Bugatti Veyron – which is now on sale for $125,000. From the outside, you’d hardly know. Basically a real Veyron. Just with 10 cylinders chopped off. This replica is originally listed on Craigslist in Orlando.

A resourceful Florida resident has somehow transformed his 2002 Mercury Cougar into a makeshift “Bugatti Veyron,” and the effort is nothing less than impressive. A specially-designed bodykit makes it indistinguishable from a $1.7 million Veyron and the interior has been re-styled and covered in leather. Plus, this “BuCougar” (or “Cougatti”), have the back seats, which a real Veyron doesn’t have.
– 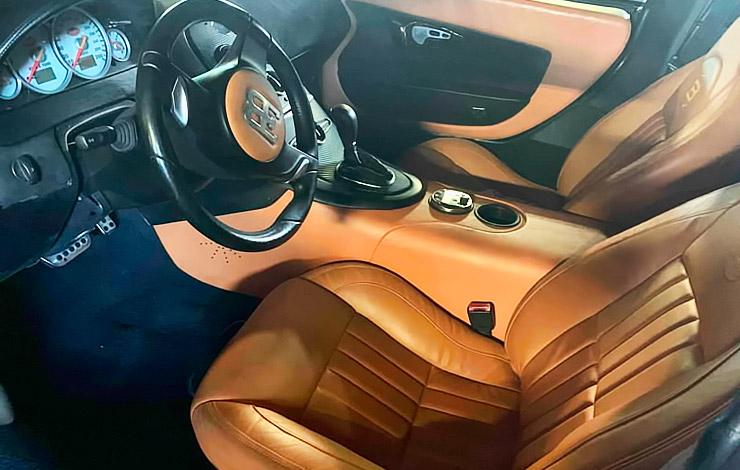 But the engine is the Cougar’s standard 2.5 litre V6 model, meaning its power falls well short of the Veyron’s 8-litre powerplant.
– 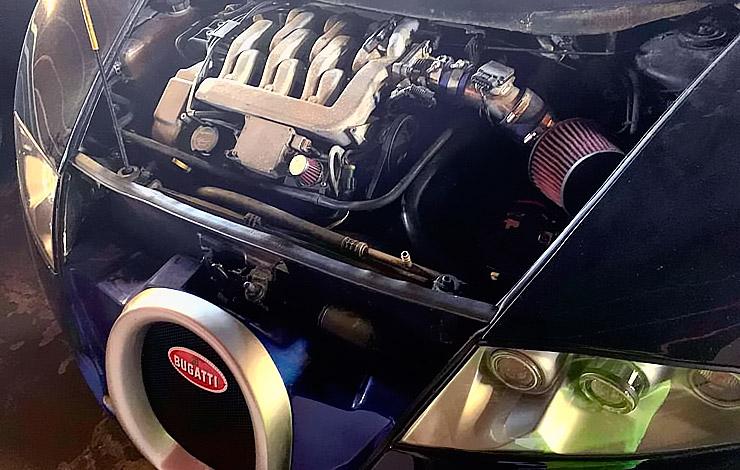 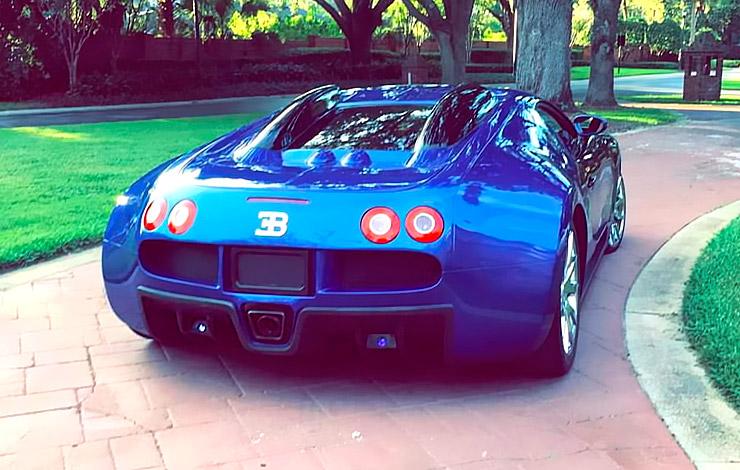 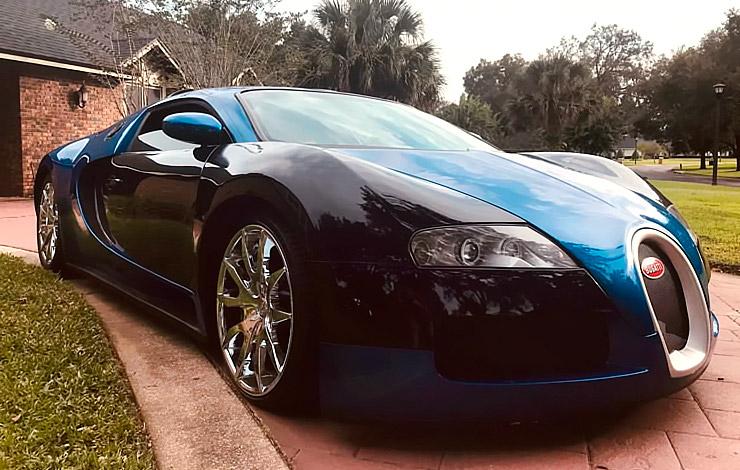