We love custom motorcycles, custom cars and everything in between. We’ve seen some crazy things in terms of engine swaps.

Kenny Hauk, who is the lead designer and builder behind Hauk Designs put a steam engine in a 2008 Jeep Wrangler Unlimited. Oh, and he also added two more wheels.
– 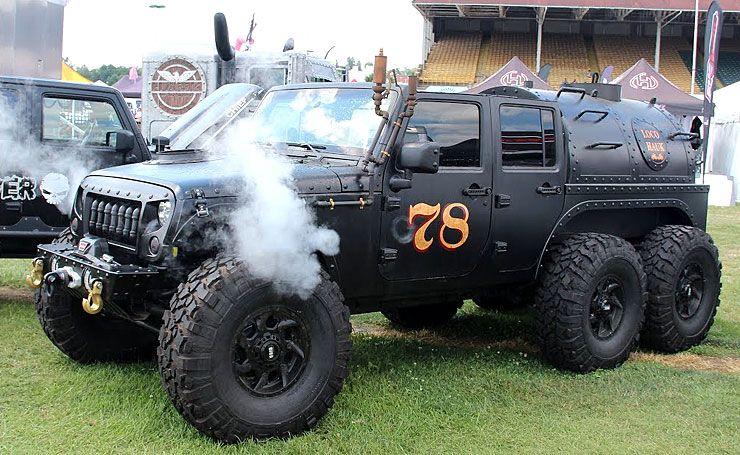 Is there any practical reason why building a steam-powered Jeep Wrangler Unlimited makes sense? No. But, that hasn’t stopped guys from Hauk Designs to build this one of the most heavily-modified Wrangler’s anywhere.

This Loco Hauk steam-powered Jeep may be one of Hauk Designs most daring, ridiculous, unnecessary – and totally fu**ing awesome – builds to date.
– 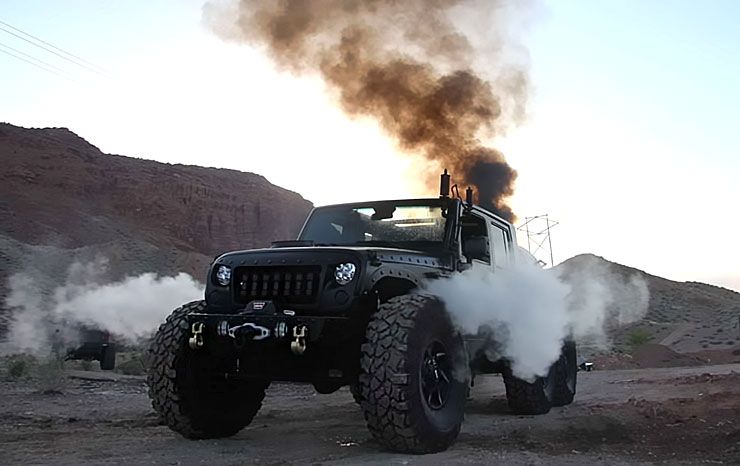 Beneath the hood, the Jeep is home to a relatively tiny 100ci V4 trunk-piston, poppet-valve uniflow steam engine from the 1960’s. It only produces between 130 hp and 140 hp, but churns out a remarkable 2,500 lb-ft of torque! This engine was designed and built by Charles Keen for the Keen Steamliner 2 automobile sometime around 1960.
– 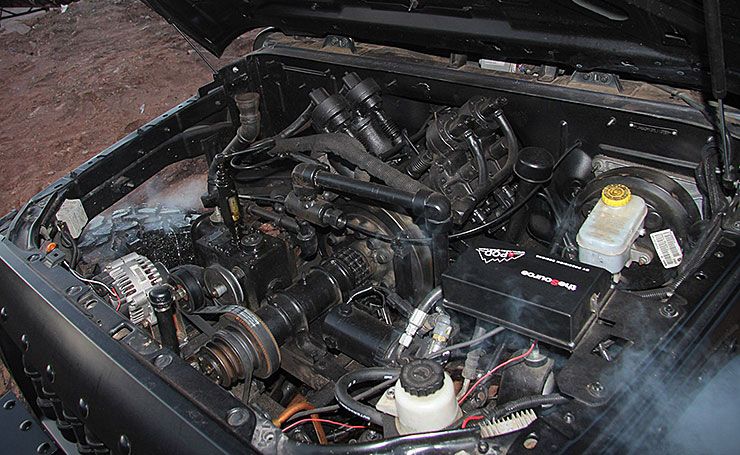 The Wrangler’s standard 6-speed manual transmission and NP241 transfer case were left in play, but the engine only allows for one high forward, one low forward, and one reverse gear. Loco Hauk is capable of speeds between 50 and 60 mph, and it is most efficient at a boiler pressure of 800 psi when a drier type of steam is created. 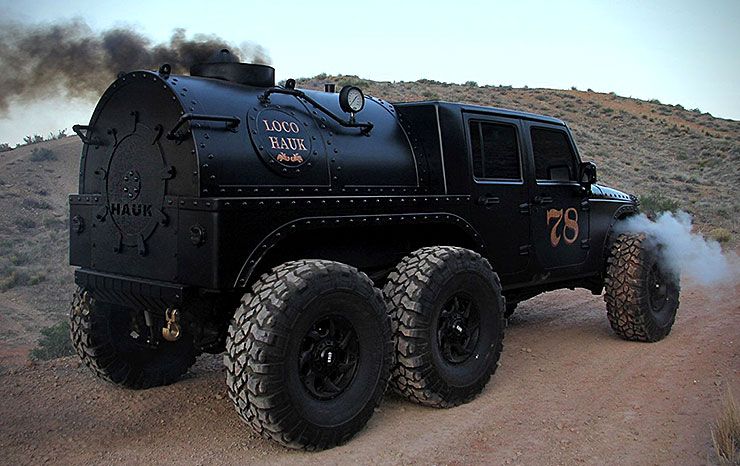 Inside, Loco Hauk Jeep is a mix between a typical off-roader and a steam train. Found within are former water well pump handles as steam control and shifters, a 1800s locomotive steam gauge, a bespoke steering wheel, and a Kicker stereo. 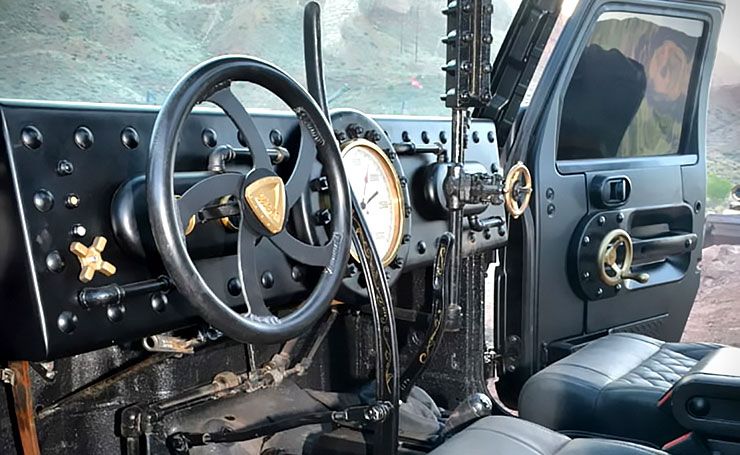 One of the fun aspects of this build, and according to the Hauk Design team one of the easiest, was the integration of two antique steam whistles. But we can tell you – if you find yourself near Loco Hauk, cover your ears because these babies can wake the dead!