The 2016 NHRA Mello Yello Drag Racing season has just begun.
Every February since 1961, NHRA enthusiasts have flocked in Pomona where the season begins and ends, for one of drag racing’s greatest traditions: the unveiling of new cars, racers, teams, and sponsorships at the season opener.

Pomona racetrack is a well known for its clean and smooth surface, outstanding traction and record performances.
From details such as a new series logo to substantial technical rules and modifications  in the Pro Stock category which forced everybody to work a little extra in the off-season, this year’s NHRA is “new and improved”.
The preparations that teams had for that changes… they had quite a challenge ahead of them. The biggest challenge at this Pro Stock category was replacing antiquated carburetors with electronic fuel injection and relocating the huge hood scoops that air comes into.


“You can view it as a challenge, but we have an opportunity to grow the sport”, the NHRA president Clifford said.
In one final change for 2016, a driver who sets an elapsed time or speed record during the course of an official event no longer will need to post a backup run within 1 percent.
“The 1 percent policy was adopted during the early development stages of the timing system and wasn’t as reliable as the technology that we are fortunate to have in race control today,” said Graham Light, NHRA senior vice president of racing operations.

Ron Capps had to defeat defending world champion Del Worsham in the final round to take his 46th victory, first Funny Car victory at the Circle K NHRA Winternationals at Pomona in nearly a year.
You had to love the final between Del Worsham and Ron Capps. That was the race with the margin of victory of a eighteen thousands of a second. Capps covered the distance in 3.981 seconds at 324.28 mph in his NAPA Auto Parts Dodge Charger. Worsham posted a quicker with his hard-charging DHL Toyota Camry, but losing performance of 3.962 at 324.36.

It was a good close race. There was a pattern early on in qualifying that they were the most consistent. They were not the quickest but they were among the quickest. The bottom-line is that it was the great race, a great way to start the NHRA 2016 season. 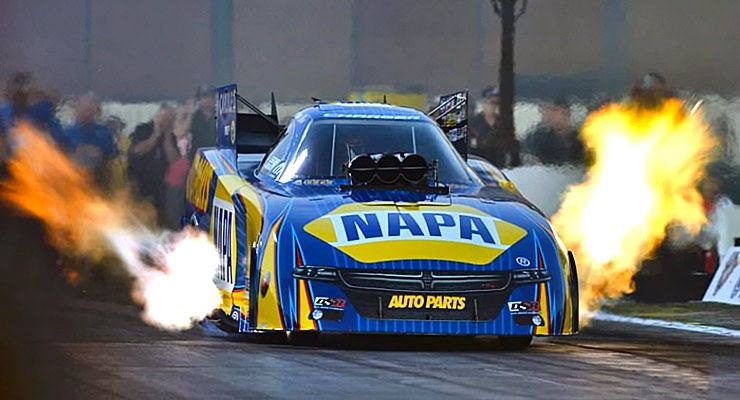 In Top Fuel, Steve Torrence drove his Capco Contractors dragster to a 3.735-second, 326.48-mph victory, his first Winternationals victory and his sixth career win over final-round opponent Doug Kalitta in the final round  who posted a 3.753 at 324.36 in his Mac Tools machine. 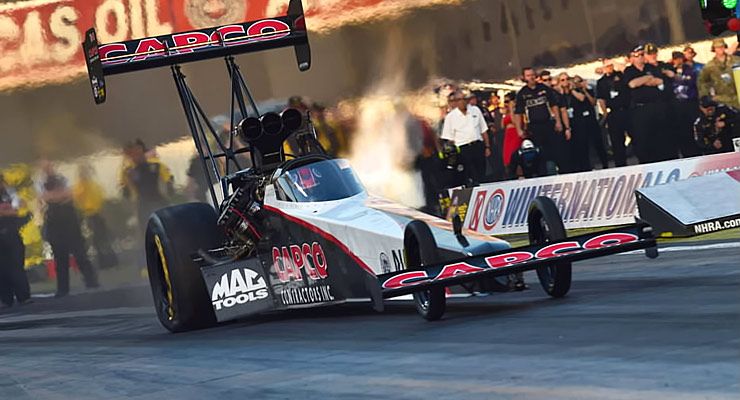 Four-time world champion Greg Anderson made history by becoming the first driver to win in the new EFI NHRA Pro Stock racing era, holding off his teammate Jason Line in a photo-finish final round. Anderson won in his Summit Racing Equipment Chevy Camaro with a 6.617 at 207.85 mph with a .014 reaction time, while Jason Line crossed the stripe in his Summit Camaro with a 6.609 at 209.82 which wasn’t enough to make up for Anderson’s starting-line advantage. 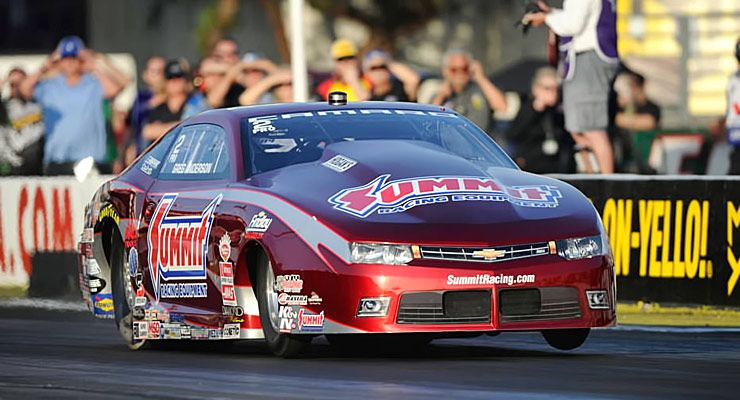