The Lazareth company, named after the designer Ludovic Lazareth, produces custom vehicles for any type of use. French creator and builder Ludovic Lazareth is a sick man. His latest build, motorcycle Lazareth LM 847, takes the cake though… this bike is a sick experiment. I can’t even imagine how a human would fit on it, let alone find the throttle stop on an engine so violently powerful.

The Lazareth LM 847 features the 4.7-liter, 470hp, V8 engine out of a Maserati automobile, with a leaning quad chassis built around it. 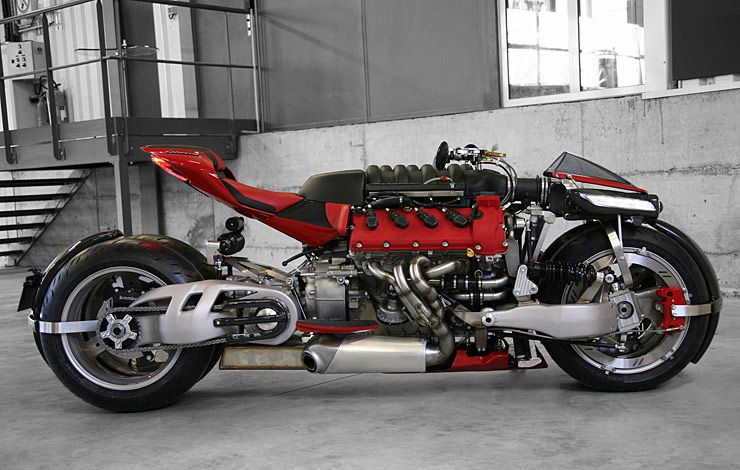 It makes no sense and is highly impractical, but who cares? It wasn’t built with either attribute in mind. It was built because it could be.
This bike is, to the objective eye, a conflation of impractical ideas, awkwardly overengineered into a hulking mass of unrideable ostentation that will probably never turn a wheel on the road. 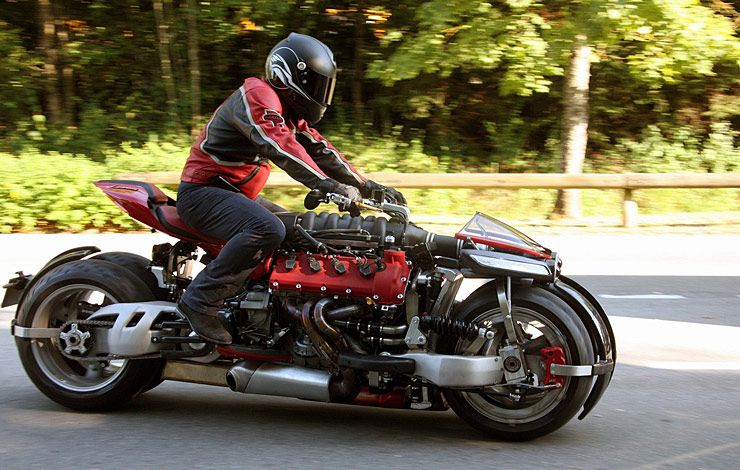 But the craziest thing about the Lazareth LM847 is that this bike actually works. See for yourself in the video at the end of this article.

This terrifying 880 lbs tilting quad bike is conceptually like and picks up where the Dodge Tomahawk left off (which featured the V10 engine from the Dodge Viper sports car), with four single-sided swingarms, rim-mounted brakes, dual hub-centre steering and a bunch of other crazy touches. 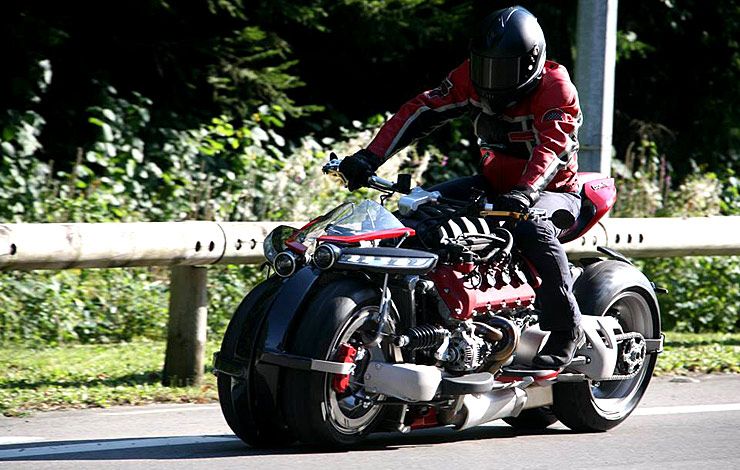 One rear tire was never going to be enough to put 470 horsepower to the ground, so Lazareth supplies two, each with its own chain drive, and each on its own hefty single-sided swingarm.
At the front end, there’s another two giant single sided swingarms, each featuring its own hub-steered front wheel with a Buell-style rim-mounted brake.

There’s no other way to say it: the Lazareth LM 847 is an outrageous machine.