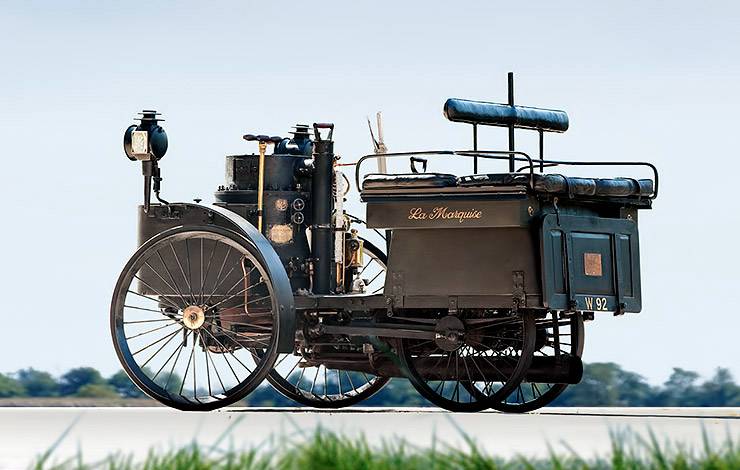 The French visionary entrepreneur Conte De Dion teamed with two talented mechanics, Georges Bouton and Charles-Armand Trepadoux. Before the advent of the Otto cycle engine, steam was the only game in town, and Trepadoux was one of its more creative minds. By inventing a compact and fast boiler – one that could produce usable steam pressure in minutes – the way was opened to practical in a small, over-the-road package.
– 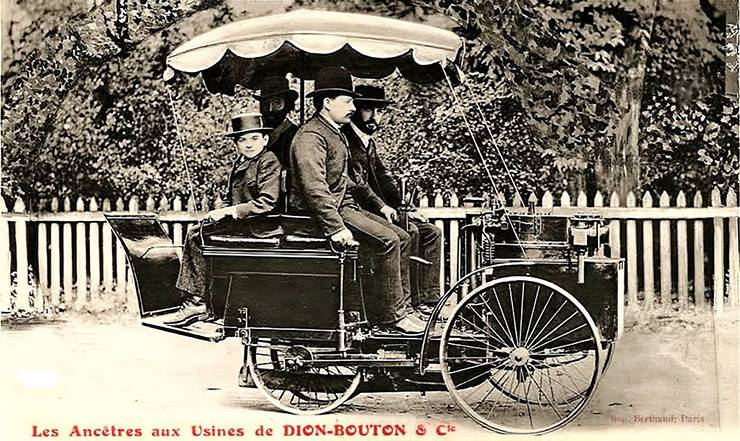 It stems from the advent of steam that ushered in the Industrial Revolution, and it is a clear descendant of the British road-going locomotives that were mercilessly stamped out by the railroads.


The 1884 De Dion steamer was nicknamed ‘La Marquise’ after the Conte de Dion’s mother. Measuring just nine feet in length, ‘La Marquise’ features twin compound steam engines, ‘spade handle’ steering and seats four people ‘dos-a-dos’ (back-to-back). The seats are located on top of the steel tank, which holds 40 gallons of water. The engine was mounted in the front, driving the front wheels and steering in the rear wheels. 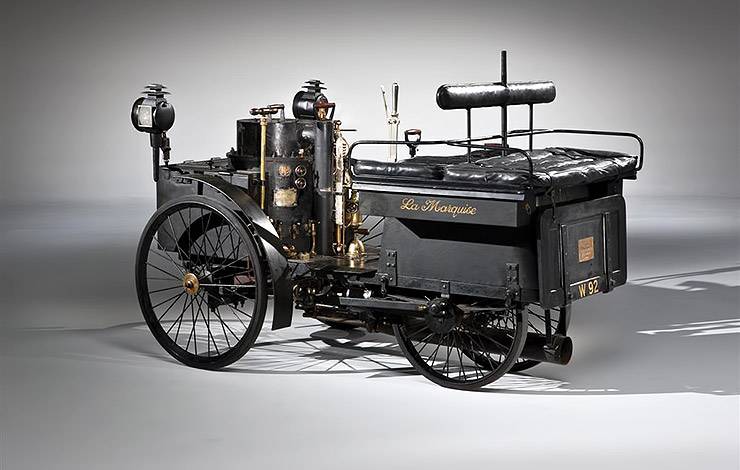 With just five owners from new, including 81 years in single ownership, La Marquise boasts an impressive provenance – it was a participant in the first automobile race in 1887, clocking a top speed of 37 mph on the straights. 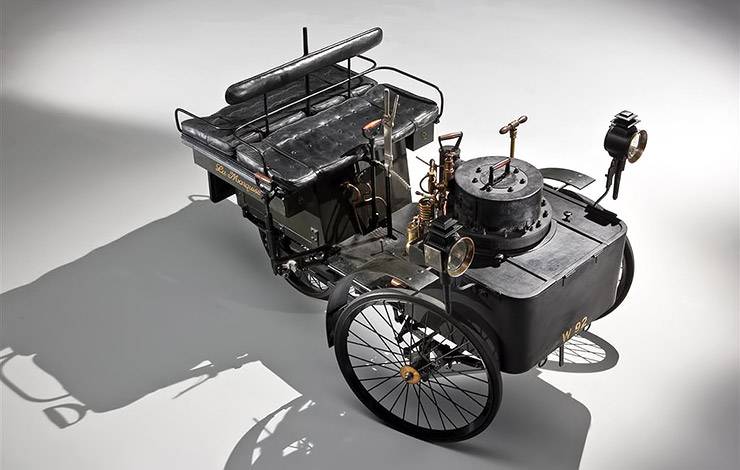 A fully functioning car, it successfully completed four London to Brighton runs not long time ago in the UK where it was always the first car away as the oldest entry. 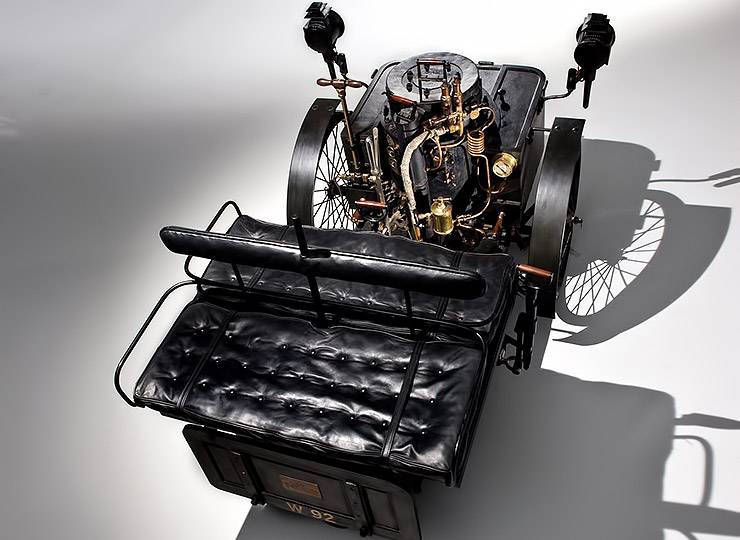 This car was a double award-winner at the 1997 Pebble Beach Concours d’Elegance. It is unquestionably and quite simply one of the most important motor cars in the world. 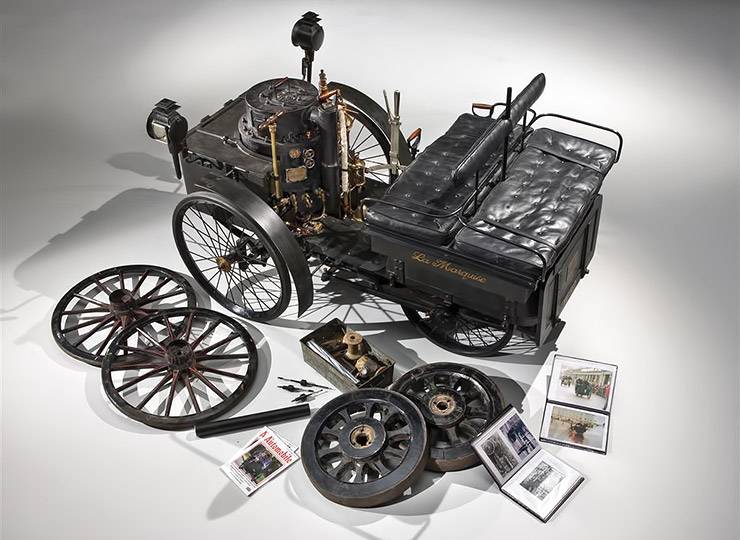 The world’s oldest running car was sold for $4.62 million at the RM Auctions event in Hershey, PA, on October 7, 2011. The final price represents a new world record for an early motor car sold at auction, according to RM.