King of the Hammers is 250 miles of brutal rocks and desert.
It’s like a Russian Roulette out there.
It’s a test of a man and a machine, against other man and other machines, a test of who can go the farthest, the fastest, and who would tell the story of victory.
The Hammer trails were that test.
If you’ve never heard of it, you probably cannot handle it.

From today, 31 January until 5 February, Johnson Valley, California will be the arena for an epic battle between gladiators of motorcycles, UTVs and stock trucks, and eventually it will all culminate in a grand finale, the King of the Hammers. 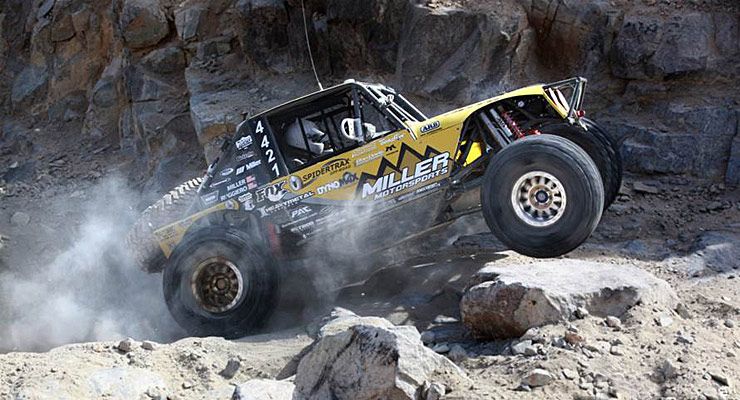 This race is pretty much the biggest off-road and rock-crawling race in the world.
The King of the Hammers puts desert racing, rock racing and rock crawling into one ultimate challenge. This race comes down to who can survive.

The main challenge for the drivers is to finish the race. Many will start, but only a few will finish the race. It’s a test of physical and mental ability. To get through it takes a lot of off-road knowledge, a lot of patience and a vehicle that is super capable. In 2015, only 17 out of 140 teams finished the race.
I really think it’s something that people have to be passionate about.

This year the race will show the world’s best drivers with their sophisticated vehicles that can handle almost everything: mud, dust, sand dunes and stones. With staggering speeds of more than 100 mph in the desert, to crawling up the rocks that are larger than the vehicles, this race is one of its kind.