Here’s the little car that could… and did succeed!

King Midget cars were less than one-third cost of any comparable car and one twelfth cost of large cars in that times.
– 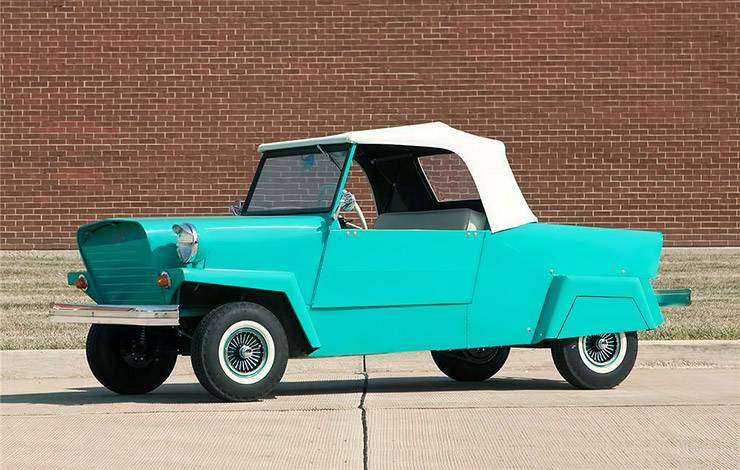 Just following the Second World War, an enterprising pair of Americans came up with a single-cylinder-powered roadster in kit car form. These early King Midgets, the brainchild of Claud Dry and Dale Orcutt, a pair of Civil Air Patrol pilots who had met during the war, were billed as the “World’s Lowest-Priced Car.” For the $270 that buyers spent, one got a very simple single-seater that was styled much like its namesake, the midget racers so popular on dirt tracks across the country. Of course, these were non-racing road-legal versions that rode on eight-inch tires and put out a whopping six horsepower.

As one would expect, the starting procedure for a King Midget wasn’t any different than your engine-powered lawn mower – grab the handle and give it a good yank. The fact that they were sold as kit cars came about because of the limitations of the Athens, Ohio, building (a former supermarket) in which the cars were built. After assembling the first roadsters, the pair soon discovered that the only way to get them out of their “factory” was to send them out the window of the second story on a winch! Crating up the sub-assemblies turned out to be the easier and less expensive method of getting the cars to buyers.
– 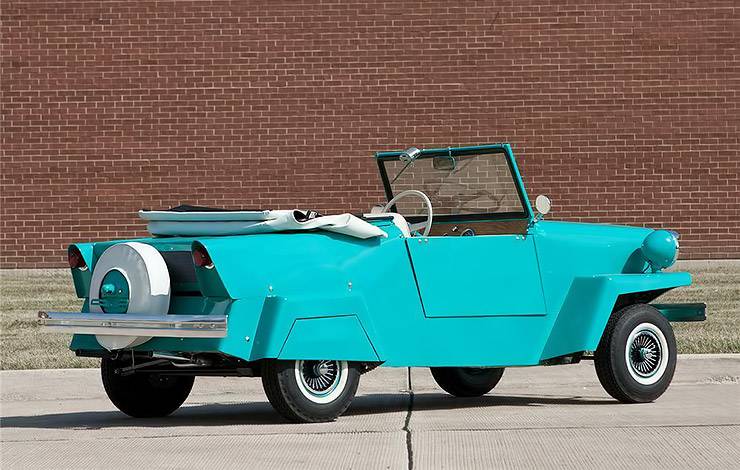 The second evolution (introduced in 1951) of the King Midget was available in either kit or assembled form, cost about double the price of the first series, and featured seating for two.

Produced until 1957, these roadsters were slightly more useable in that they featured a convertible top and a little bit of extra power. Styling now departed from the little midget racer look to one that resembled, dare we say it, the Willys Jeepster of 1950, though obviously on a smaller scale and of a more rounded nature. For its third iteration, the little roadster gained doors, grew in size from 102 inches in length to 117 inches and now made just shy of 10 horsepower. 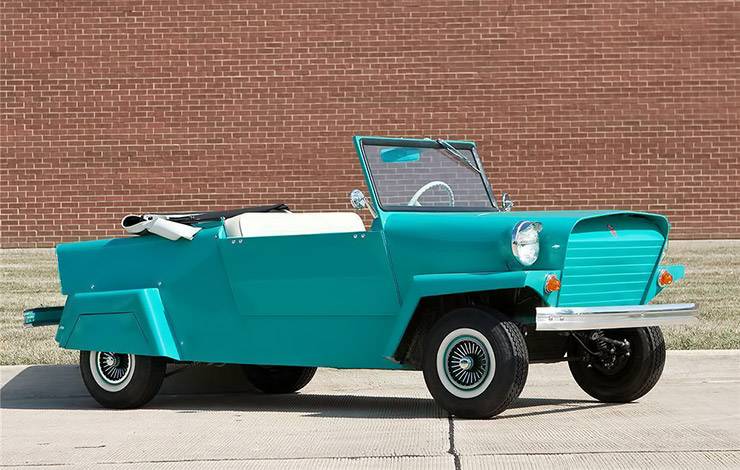 The body shape was a bit boxier and very utilitarian looking overall. This styling would remain virtually unchanged throughout the remainder of its production run. Interestingly enough, dealerships for King Midgets did not exist. Instead, buyers earned a commission on any word-of-mouth sales that they generated. This actually proved to be a viable, economical method of selling the cars. The King Midget also sold decent numbers through ads taken out in Popular Mechanics, a fitting publication in which to display the simple little auto. 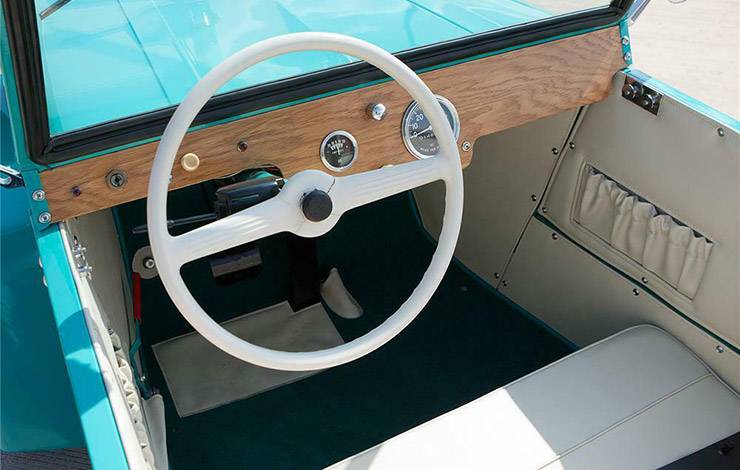 In its final form, the King Midget roadster switched from a Wisconsin single-cylinder engine to a Kohler that produced 12 horsepower. Though one might assume that the little roadster would be very underpowered because of the one-cylinder powerplant, one must remember that these cars weighed all of about 700 pounds and still rolled on eight-inch wheels. Acceleration was not very snappy, but they were able to reach top speeds of about 50 mph.


Built during the second heyday of tiny, economical cars (they averaged in the 60-mile-per-gallon range), the King Midget roadster is considered to have been among the most successful cars of its type. To say that it was a sparsely appointed vehicle is an understatement – available options of the 1967-69 King Midgets included deluxe trim, doors, speedometer, turn signals, windshield wipers and seatbelts. Without options, this was not much more than a go-kart with a body and windshield! 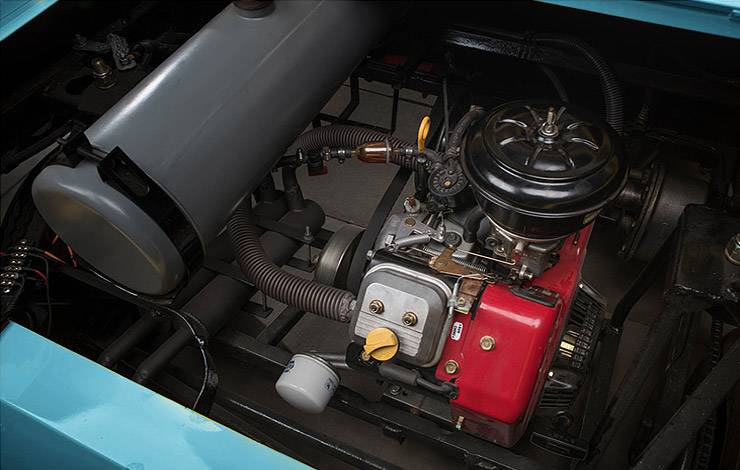 Today, King Midget roadsters make very unique, interesting additions to collections. Though they are primarily driven only for fun or very limited about-town excursions, there have been many owners of the more brave and adventurous variety who have undertaken cross-country road trips with them, much to the bemusement and/or ire of both other motorists and law enforcement officials. Some say the end for the Midget Motors and the King Midget came too quickly. It is considered by many to be among, if not outright, the most successful all-new post-war automobile company, having survived the better part of two and one-half decades.

During its final years, (1966) Dry and Orcutt sold the business, which up to that point had been profitable. By ’69, under its new owners, Midget Motors was bankrupt. A third owner tried to revive the car in 1970, but that effort also failed, and with ever-increasing safety and emissions regulations to adhere to, the car never reappeared.
–