In the upper reaches of the mighty Shotover River, near Queenstown New Zealand, lies Skippers Canyon. Once the scene of an amazing Gold Rush discovery in the 1860’s, today you can have an adrenaline rush aboard one of these amazing jet boats. 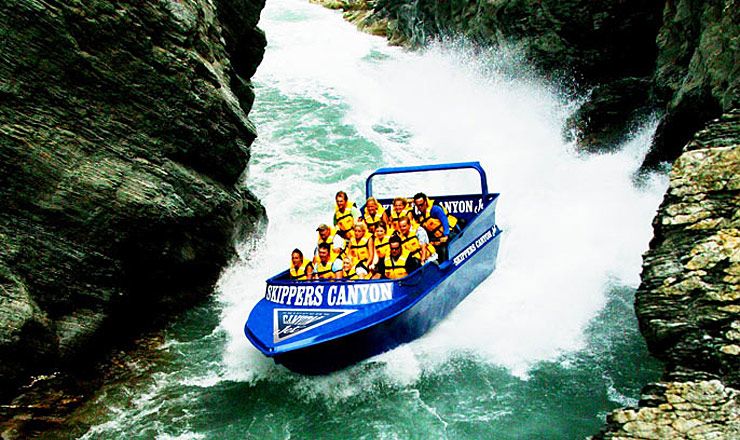 Just getting there is a spectacular ride on its own! With breathtaking views and rugged terrain, getting there is half the adventure. Skipper Canyon Road was carved  by the gold miners by hand over 140 years ago. It is one of New Zealand’s most scenic roads, but it is so dangerous your rental car insurance won’t be honored if you drive down there.

The Boats
Originally developed by Mr. Bill Hamilton back in the ’50s to allow local farmers move freely around their huge sheep stations on the shallow New Zealand rivers, jet boating quickly became one of the most sought after activities amongst tourists in Queenstown. 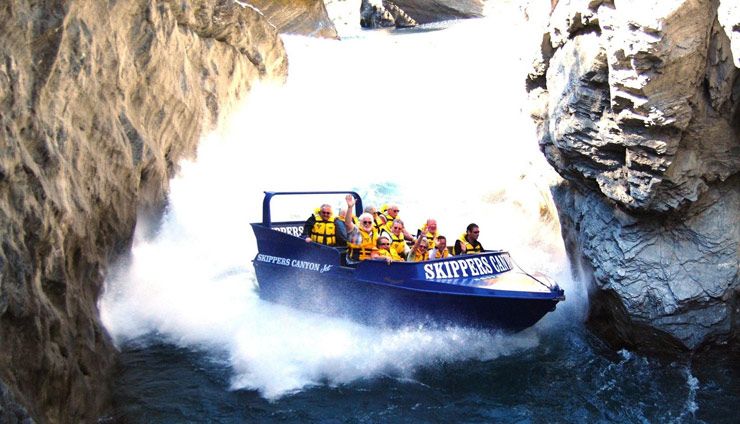 Skippers Canyon Jet which was custom built in Queenstown has been specifically designed to operate on the upper Shotover River. Constructed with heavy gauge aluminum the boats are designed for maximum strength and maneuverability. 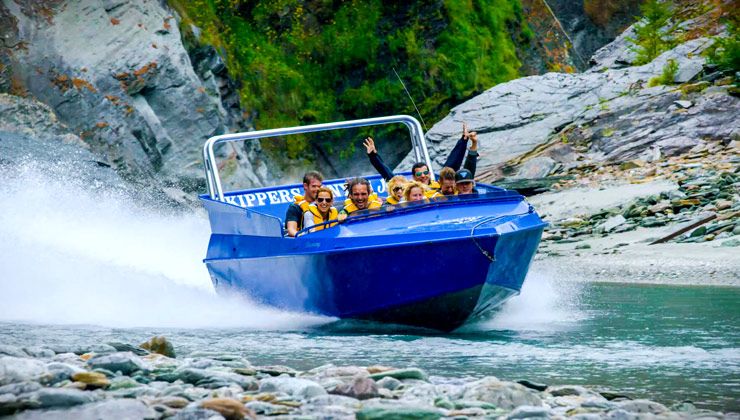 A 420hp V8 engine drives a Kiwi invention, the Hamilton 212 jet unit pumping 25,000 liters of water per minute, rather than a propeller. The water jet is directed by the steering wheel, so there are no rudders either. This all means a speed of up to 80kph (50mph) in less than 8cm (3 inches) of water!

Watch the video below. You’ll scoot and slide in a boat hovering inches above the water and inches from menacing rocks. An adrenaline rush without being tied to a bungee cord.