Buick Roadmaster was the epitome of the boulevard ride back in the 1950s, but this car was Jay Leno’s choice in 1972 too. 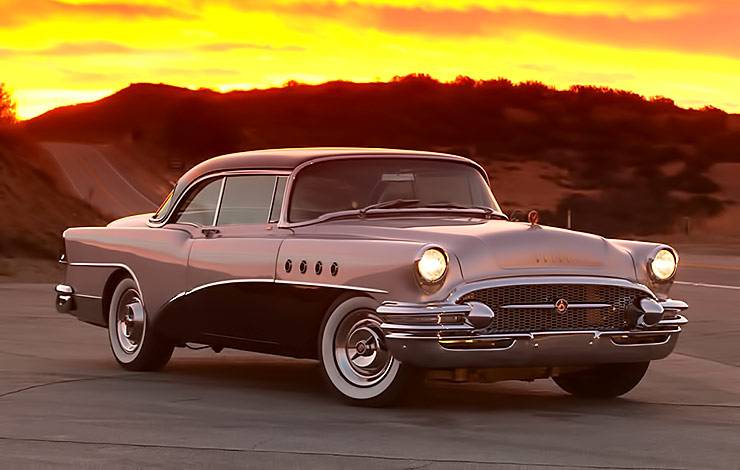 Most people know funny man Jay Leno for his late night talk show days but any good auto enthusiast will also tell you that, in addition to comedy, Leno is also one of the most famous collectors around—with a garage rivaled by many but matched by few.
– 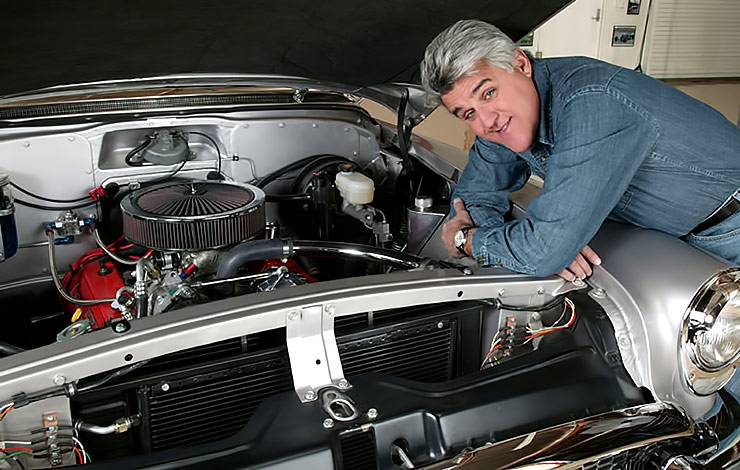 If you were lucky enough to get a tour of Leno’s digs, you’d likely be introduced to “Rosebud”—a perfectly restored 1955 Buick Roadmaster and one of Leno’s most cherished treasures.
–
Rosebud the Roadmaster 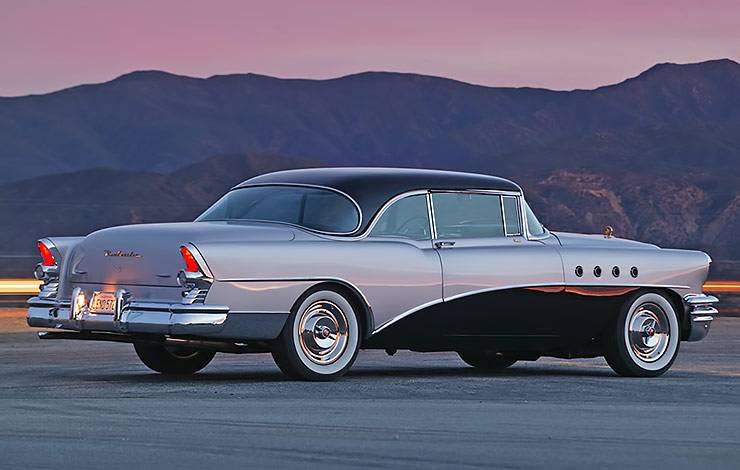 In automotive circles, Leno’s Buick Roadmaster has become as beloved as his jokes, though you might be surprised to know that the comedian didn’t pay out his famous nose for the aforementioned wheels.

No, Leno bought the Roadmaster when he was still a kid trying to make it in comedy circles. The Buick cost him $350 in 1972, though the sentimental value far exceeds the sales price—Leno drove the Roadmaster on his first date with wife Mavis. It also provided him a lift to his first Tonight Show appearance in 1977.
– 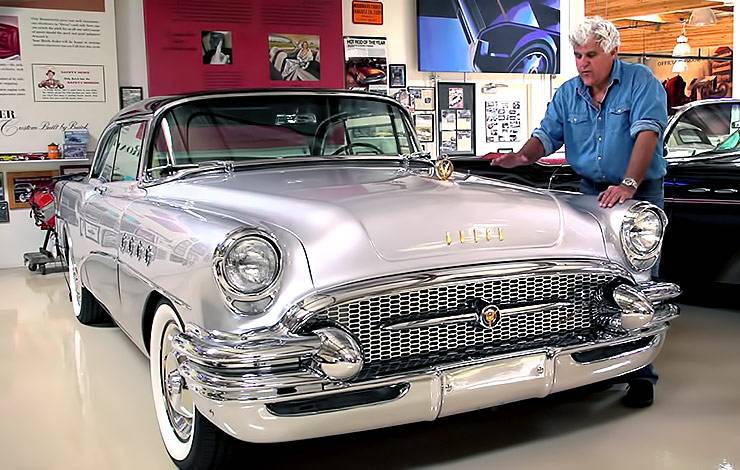 This Buick Roadmaster looks stock outside, but believe me, this is not your granddaddy’s Buick. This baby has some serious punch.

Although the car was restored in 1973, 30+ years of wear and tear inspired Leno to give the car “more than just a restoration,” as he told My Classic Car auto guy Dennis Gage.  “It had to be better than new.”  Today the rebuilt Roadmaster is a tribute to restoration.  Rosebud received a brand new DuPont paint job, new chrome, wider wheels and tires, and matching Buick hubcaps. 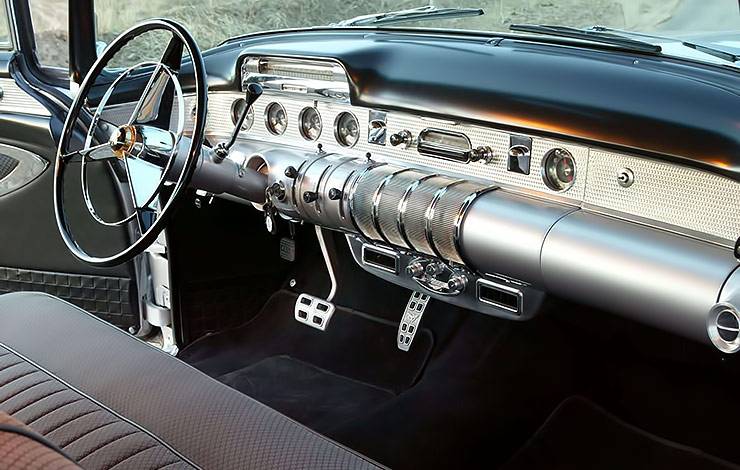 The interior was updated and the engine was replaced—with ridiculously huge, 572ci, 620hp, pump-gas-friendly ZZ572 big-block crate motor, as well as an 4L85E four-speed electronic overdrive trans rated to take the grunt. 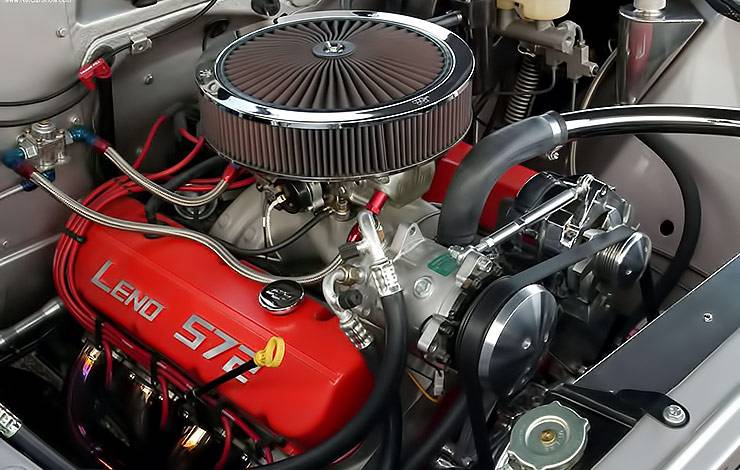 There’s no doubt that Leno’s Roadmaster is a modern classic. The stock frame was stripped of its suspension and retrofitted with cutting-edge C5 Corvette suspension up front and C4 Corvette independent suspension out back, including a custom-made composite monoleaf spring.


Unafraid to get Rosebud a little dirty, Leno still rides these horses to work.  “It’s special to me because it was my first vehicle here in California,” he says.  “Now it’s better than new because we’ve brought it into the 21st century.” 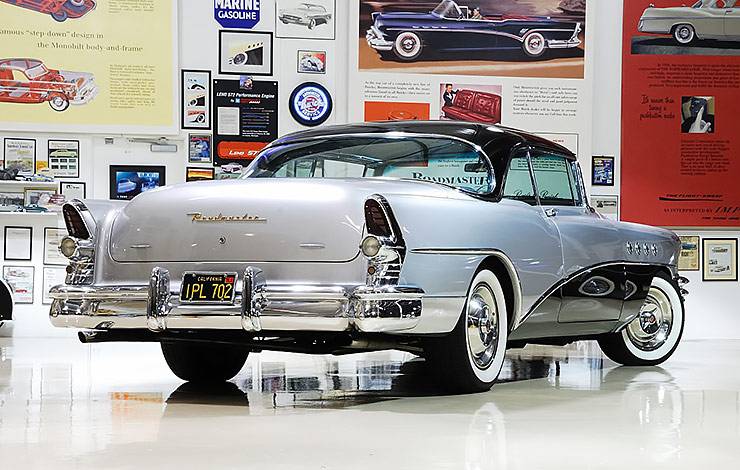 It’s time to watch the video below with Jay Leno’s 1955 Buick Roadmaster. You know you want to.