The Humvee has cemented itself into American and military culture. Whether it’s on the battlefield or at the site of a disaster, the iconic Humvee has served the United States loyally since 1985, and over those 30 years more than 281,000 “Humvees” have rolled off the AM General production lines.

US Department of Defense (DOD) initiated Joint Light Tactical Vehicle (JLTV) program to replace and improve upon the aging Humvee.
– 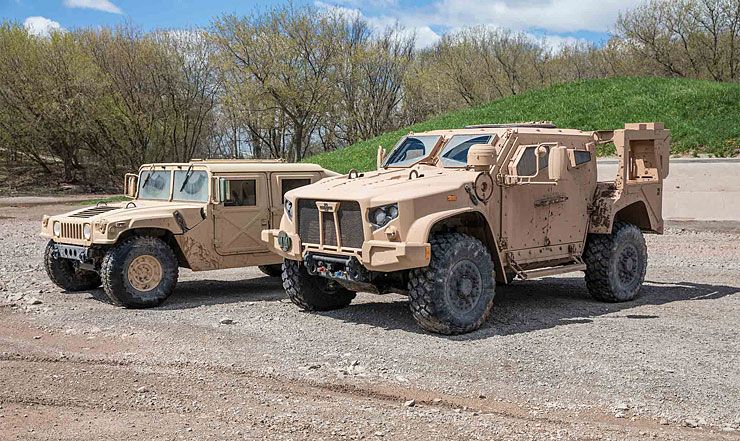 A rigorous testing exercise was undertaken to choose a model from 3 different vendors. Oshkosh was declared as winner in 25 August 2015, when its model was selected over Lockheed Martin and AM General’s models. Although Humvees will continue to serve behind-the-scenes with the Army and Marines until 2050, the new JLTV will be in the frontline.

Now, its replacement, the Joint Light Tactical Vehicle (JLTV) – designed to replace Army and Marine Humvees in front-line service – is ready to roll out.
– 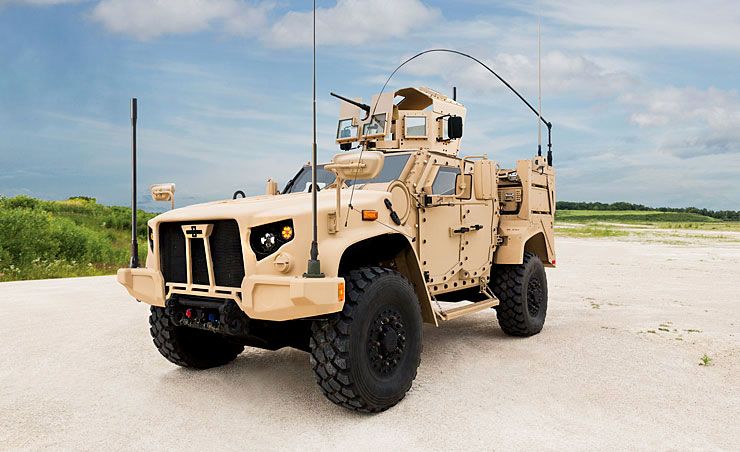 The vehicle is designed to provide much greater protection than the Humvee, while achieving better off-road performance than it or the heavily armored mine-resistant ambush protected vehicles (MRAPs). Oshkosh fits each JLTV with its TAK-4i suspension system. It is fully independent double-wishbone design with electronically adjustable high-pressure gas shocks. The JLTV’s suspension has 20 inches of wheel travel, and the ability to raise and lower the suspension as needed. 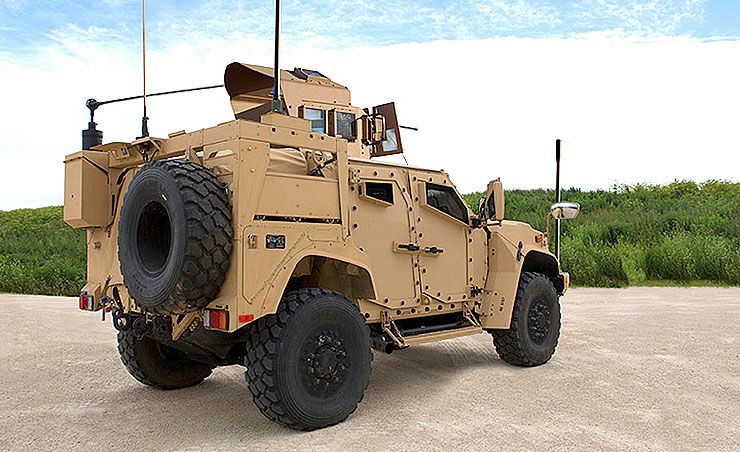 The Oshkosh JLTV uses tweaked General Motors (GM) Duramax 6.6-liter turbodiesel V8. The current variant of the engine summons 397 horsepower and 765 lb-ft of torque. This power will be able to propel the vehicle to a top speed of 100 mph. 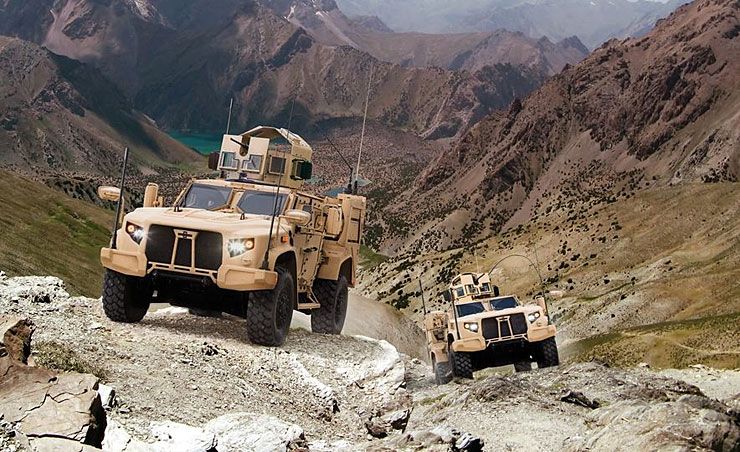 The JLTV is transportable by a range of lift assets, including rotary-wing aircraft, to support operations across the range of military operations. Its maneuverability enables activities across the spectrum of terrain, including urban areas, while providing inherent and supplemental armor against direct fire and improvised explosive device threats.