Stock car racing’s surprise star, the Hudson Hornet was the car to beat in the early days of NASCAR, despite being wider and heavier than its competition.

Much to the chagrin of the Big Three, the Hornet crossed the finish line on six cylinders at a time when V-8 was the new king, proving that there’s a lot more to winning races than horsepower. Drivers attributed the Hudson Hornet’s unrivaled race performance (the car won 83% of its 1952 races, to be exact) to its low center of gravity, which made for excellent handling on the racetrack and stylish cruising on the boulevard. 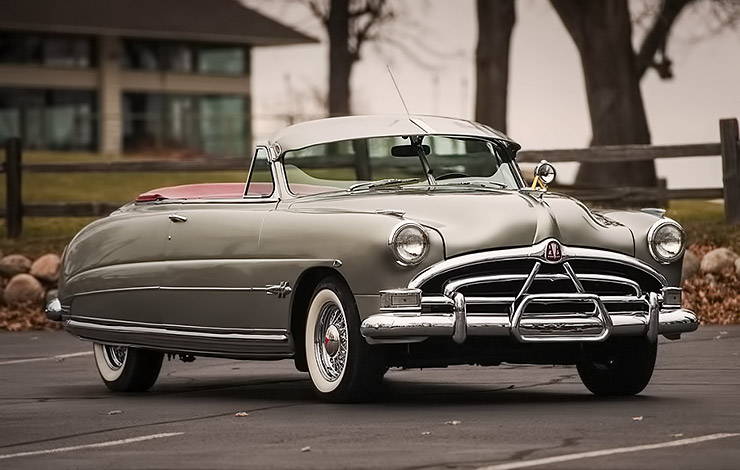 In the issue of Mechanix Illustrated, Tom McCahill described the Hornet as “America’s finest road car from the very important standpoint of roadability, cornering, and steering,” explaining that to keep up on the race course, “these other cars must literally pull themselves apart in the corners, while the Hudsons sail around with effortless ease.”

Hudson History
–
Founded in 1909, the Hudson Motor Car Company shot to fame in 1916 with the debut of its ultra-smooth “Super Six” engine, which quickly became the standard for early power plants. Twenty years later, the little car company that could was just behind Ford and Chevrolet when the stock market crashed, taking Hudson’s sales with it.
–


It took another twenty years for Hudson and the economy to finally bounce back. In 1948, as post-war demand began to peak, Hudson revealed the secret it had been sitting on during WWII production halts: a brand new “step-down” design which placed the floorboards below the chassis, requiring you to “step down” to enter the car, which Hudson deemed the Commodre Eight.

Though its predecessor, the 1948 Commodore Eight, made the low-slung look a reality, when the Hudson Hornet exploded onto the scene in 1951, it made step-down design famous. The original Hornet came off the assembly line with Hudson’s notorious Super Six: a 308 cubic inch L-head engine with a two-barrel carburetor that produced 145 horsepower and 275 pounds of torque. At the time, it was considered the “largest displacement six-cylinder engine in the world.” 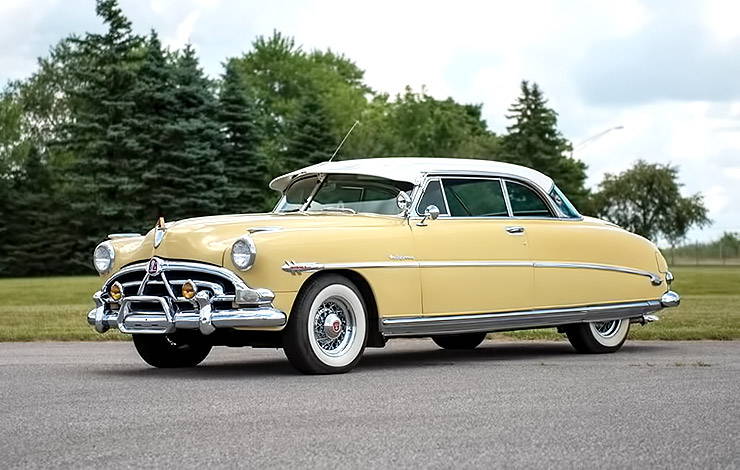 Merging body and frame, the Hornet’s “monobilt” construction pushed the chassis past the rear wheels, creating a strong, sleek-looking car that handled better than any of its road rivals. You knew a Hudson Hornet was passing you by because of its special exterior badging, which featured a chrome rocket blasting through the letter H. 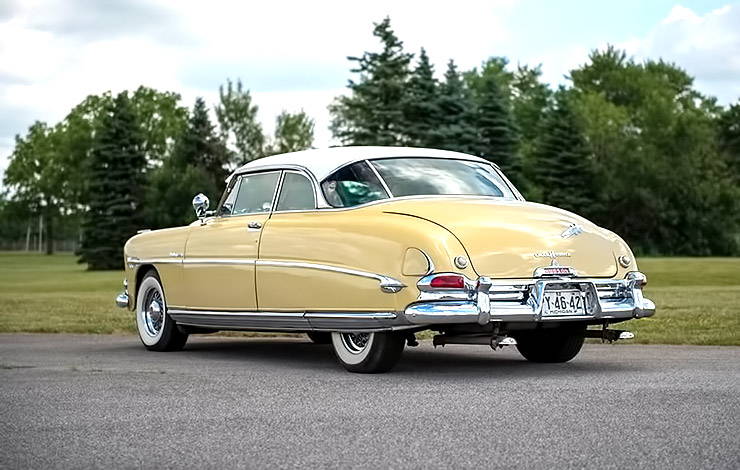 And with its well-appointed interior, featuring assist handles, tailored seatback pockets, and chrome-trimmed precision instruments, the Hudson Hornet was the car you bought if you wanted to go fast and look and feel good doing it. 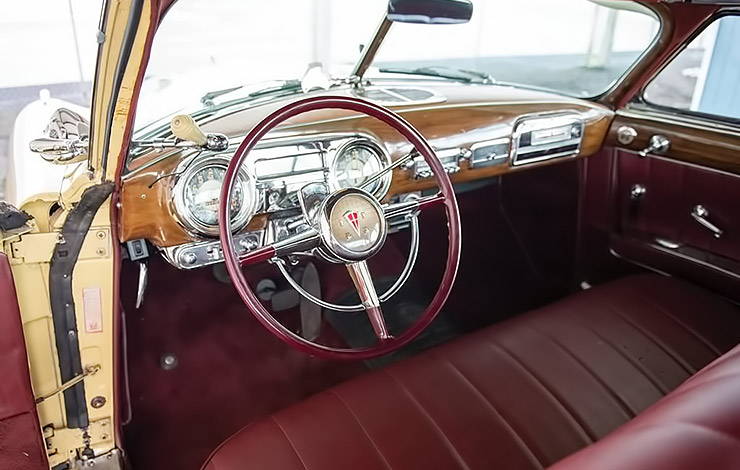 The two-door Club Coupe started at $2,543, pitting the Hornet against other entry-level luxury cars like Buick and Oldsmobile. Hudson also offered the Hornet as a four-door sedan, a convertible, and a hardtop coupe. Car buyers responded to the Hornet’s unique design, exceptional performance, and comfy ride in droves, making it one of the top selling cars in the country with 43,656 units sold in 1951.

The REST OF THE STORY, more PHOTOS and VIDEO on the NEXT PAGE