The band became known in the summer of 2014 with the publication of videos on YouTube. If there’s a punchline, it’s that they play metal songs like Metallica’s “Seek and Destroy” and AC/DC’s “Thunderstruck,” but with the twangy tones of mandolin and banjo subbing in for the hard stuff. In their performance in some moments, they even used anvil, spoons and forks.
Oh, and they’re serious about it. 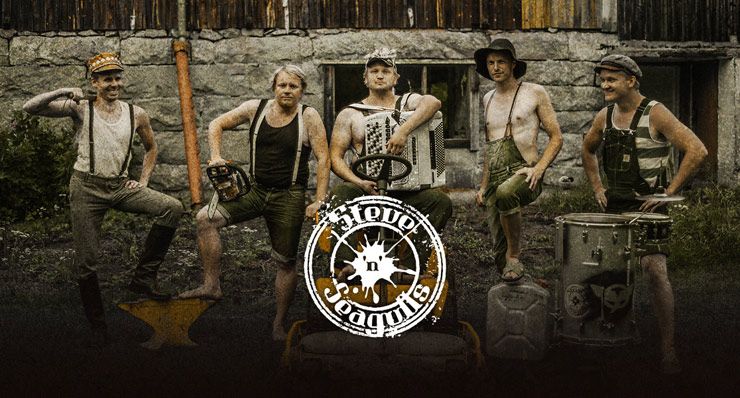 “We’re not a novelty, not a joke,” said Irwin Remmel, one of the Seagulls. “The point is, we want to have fun, and we want our audience to have fun. On the other hand, as musicians, we really want to push ourselves to do all the music, the recordings, the arrangements best we can. That’s what we mean about no ‘humor.’ We don’t make music as a joke, we make the songs as good as we can. We aim more and more to find our own thing, and make something unique with this mixture of a rock band [and] a bluegrass lineup, playing like a mixture of rock and metal and country,” he explains. “Also, as I said, we want to have fun.” Enjoy in UNPLUGGED version of AC/DC’s song Thunderstruck in the video below.