What do you consider overkill?

Three runs to the serving dishes on Thanksgiving? A second trilogy of Hobbit movies following the interminable first Lord of the Rings trilogy (our allegiances lie more with the galaxy far, far away here in this corner of the Baggers-verse)? Those video game commercials that repeatedly pimp Kate Upton’s voluptuous assets? (Yeah, us neither.) However, for Jerry Covington, head honcho at Covingtons Customs in Woodward, Oklahoma, he might have scratched the surface of overkill with his 2014 Harley-Davidson Road Glide.
– 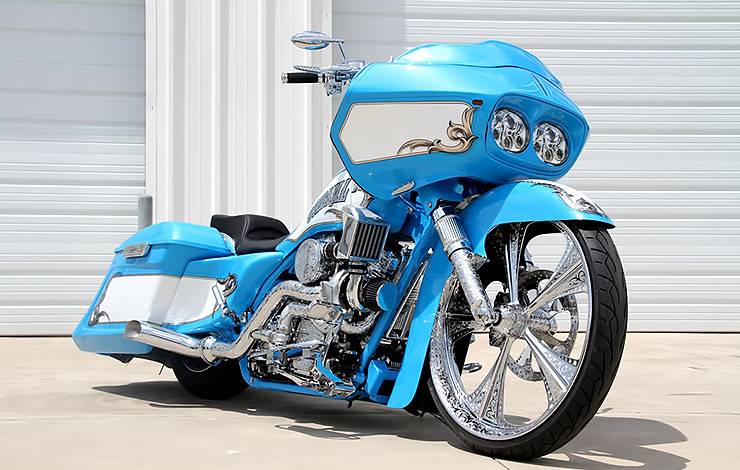 You might be thinking, “A 2014 Road Glide?!” That’s right. When the minds behind the bar and shield decided to can the line after 2013, Jerry decided to take a ’14 Street Glide and make his own Roadie. If that in itself seems like overkill to you, then consider that he also added a fully custom-built 113-inch engine, a Trask Turbo system, a Baker seven-speed tranny, and front and rear air suspension to the mix.

“This thing is like a Cadillac,” Jerry tells us. “It puts out 210 horsepower, so it’s got plenty of power. Along with the Baker seven-speed, it just works really well.”
– 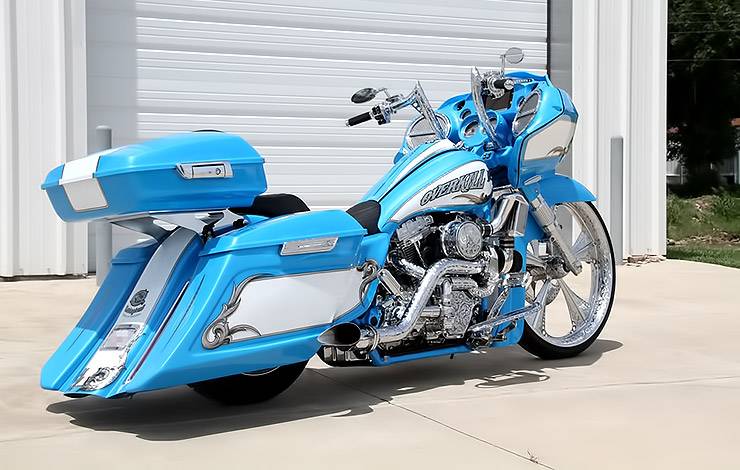 Yeah, we’d say that almost tripling the horsepower that the factory 103-inch engine might have given him on a hypothetical stock ’14 Road Glide might be a little on the excessive side. Then again, Jerry did temper that 210-hp number with the disclaimer that that’s on race fuel. His bike only does about 180 horses on pump gas. And he estimates that the numbers would fall all the way down to a mere 135 horses if you were to remove the turbo.
– 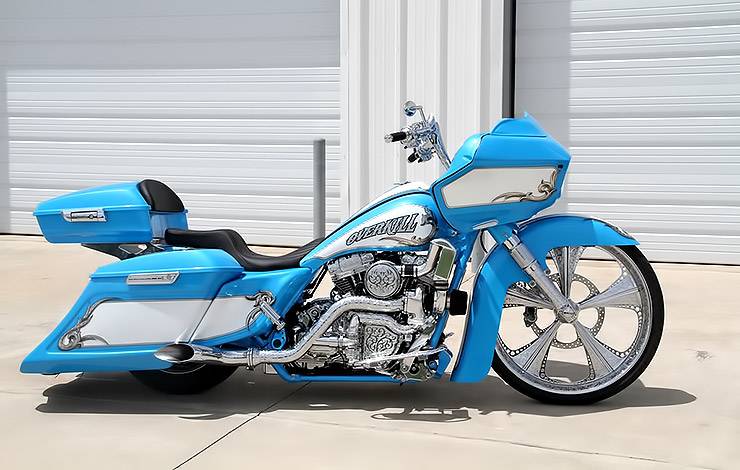 Well jeez, Jerry. Your bike would only be putting up nearly double the straight-line power as hypothetical stock (end sarcasm here). We’ll just go ahead and call the turbo-less, race-fuel-less numbers “kill,” but the final number with all the fixings can still be “overkill.”

As if all the sexy dyno readings weren’t enough, Jerry dressed up most of the shiny stuff with lacy engravings as sort of the lingerie on his iron Kate Upton (our apologies; we seem to have her on the brain—those commercials!). The engravings are something of a calling card for Covingtons Customs, and along with the four Hertz SPL 8-inch speakers powered via 1,000 watts of Hertz HPD4 juice, Jerry admits that his bike pretty much has it all. It’s a rider to boot, since he put its voluptuous 26-inch Vee rubber to asphalt for 1,000 miles of Hot Bike Tour cruising. 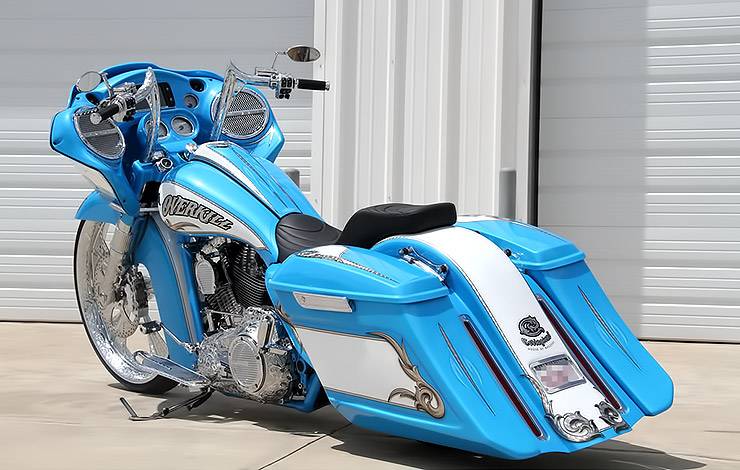 “We think it’s really neat that you could take a bike like this on the Hot Bike Tour,” Jerry says. “The tour gave us the chance to show people that these bikes are not just to look at; you can actually ride them without any problems. My sons and I took three bikes on the tour and rode them the whole way. I started on the Hot Bike Tour with 29 miles on this bike, and I didn’t run into any problems. I thought that was pretty cool.” 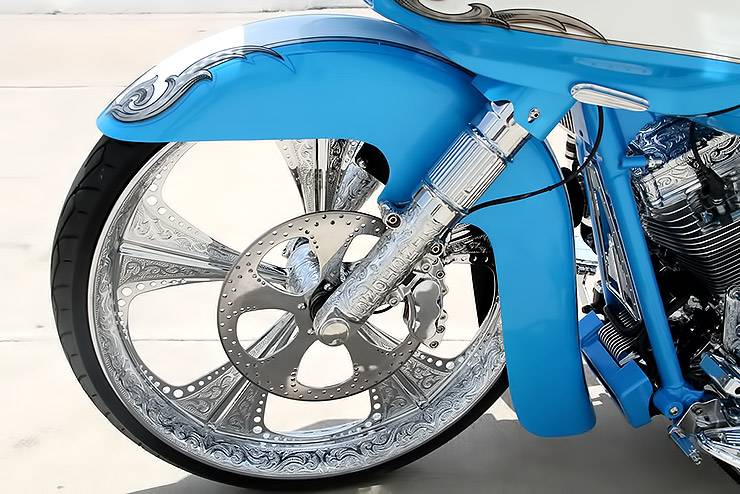 Overkill is something of a landmark achievement for the Woodward, Oklahoma, shop, which is celebrating 25 years in business. When we spoke to Jerry, there was no sign of things slowing down for the next 25 either. He assured us Covingtons is getting right after it in 2015 with a bunch of baggers being built up, plenty of new models on the floor, and 75 new part numbers available now on the online catalog.

Keep Jerry and his bagger that has it all in mind the next time you have a wild hair to build your own custom that might seem a bit over the top. As they say, you can never have too much good stuff.
– 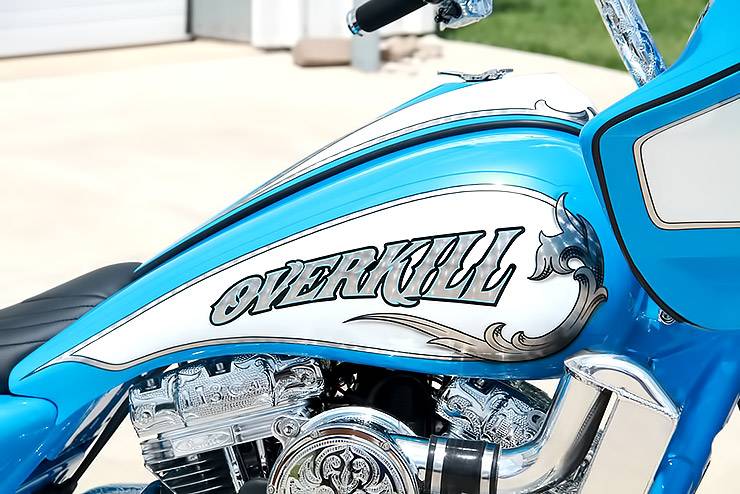