In the middle of the night on May 26, 1934, the world’s first diesel-powered, stainless steel streamlined train would leave Denver, Colorado beginning the longest, non-stop railroad trip ever attempted. 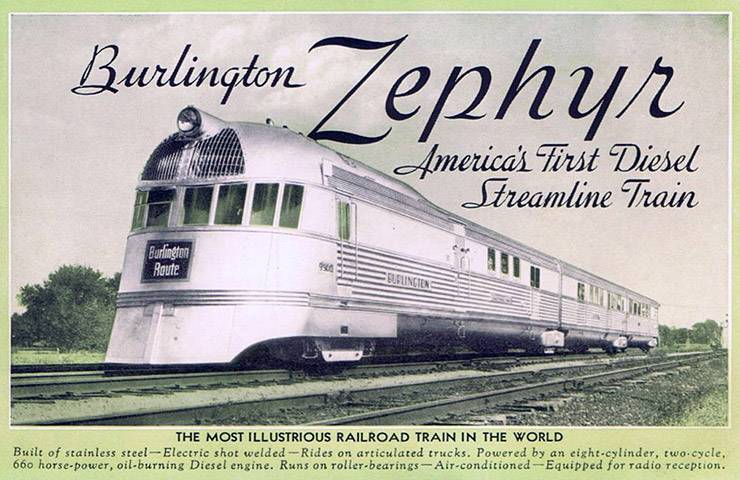 The Burlington Zephyr powered by an experimental GM two-stroke diesel engine was headed for Chicago, where it was scheduled to arrive just in time to open the 1934 Century of Progress Exhibition.

The Chicago, Burlington and Quincy Railroad (CB&Q), commonly known as the Burlington, needed to attract new customers in the face of growing competition from airplanes and automobiles. Ralph Budd, President of the Burlington Railroad, decided that the best answer was to develop a revolutionary new train that would capture the public’s attention. Budd’s idea for the train coincided with the Budd Railcar Company’s development of a new stainless steel welding technology and GM’s development of the Winton two-stroke diesel engine.
– 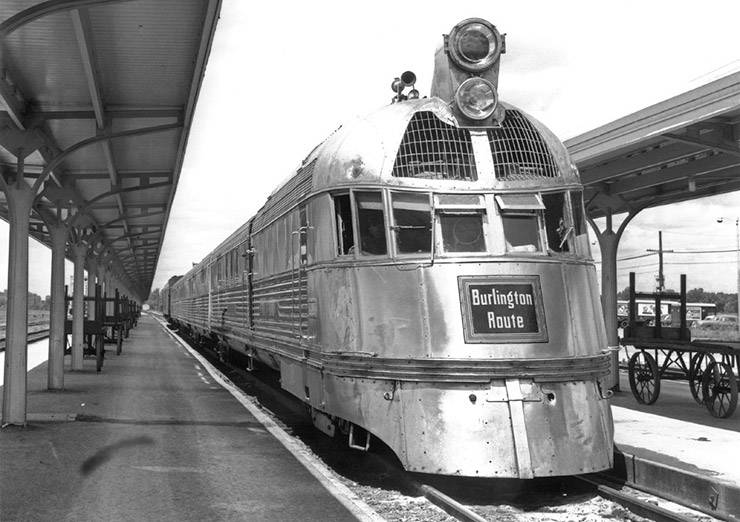 GM management was among the first to see the potential of the diesel engine in transportation. In 1930, GM bought the leading diesel engine developer, the Winton Engine Company and its largest customer, the Electro-Motive Company. Winton had built the first useable diesel-electric locomotive in 1929, but it required significant additional development they could not afford alone. GM assigned Charles F. Kettering, head of the GM Research Labs to lead a Winton-GM team to develop a railroad capable two-stroke diesel engine.

Kettering’s team made rapid progress on the engine. By 1933, the engine development had progressed to the point where it was ready for a demonstration installation in the GM Pavilion at the Century of Progress. GM decided to power their Chevrolet assembly line in the pavilion with two prototype two-stroke diesels. During one of his visits to the Century of Progress, Ralph Budd visited the GM Pavilion and saw that they prototype engines at work. He realized that the GM diesel was the ideal unit to power his revolutionary stainless steel streamliner. 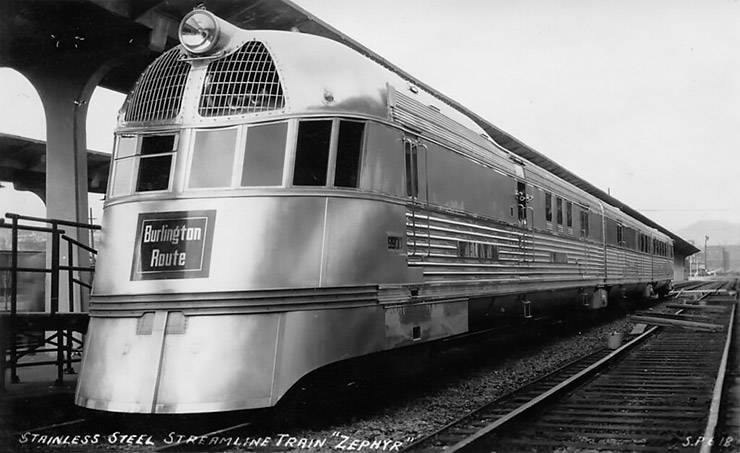 Budd immediately began discussions with Kettering. After several months of meetings, Kettering agreed to provide a prototype engine for the Zephyr. Although Kettering had faith in the engine’s ability to make the non-stop run from Denver to Chicago, GM was taking a major risk. The Burlington Railroad planned to make the non-stop trip a major national news event. A guard was assigned to watch every railroad crossing, switches were welded in place, radio stations would broadcast regular updates and schools were to be closed so that children could watch the futuristic train as it raced across America.


When the Zephyr left Denver with a large group of dignitaries and reporters, but just two GM engineers to monitor the experimental GM diesel. As it turned out, the engineers had very little to do as the engine performed flawlessly. The train reached the unheard of speed of 112 mph, cutting the travel time to Chicago in half. Newspapers across the country reported on its record-breaking achievement and nicknamed it the “Silver Streak”. The train’s success also brought GM’s new diesel engine to the attention of the management of every railroad in America. 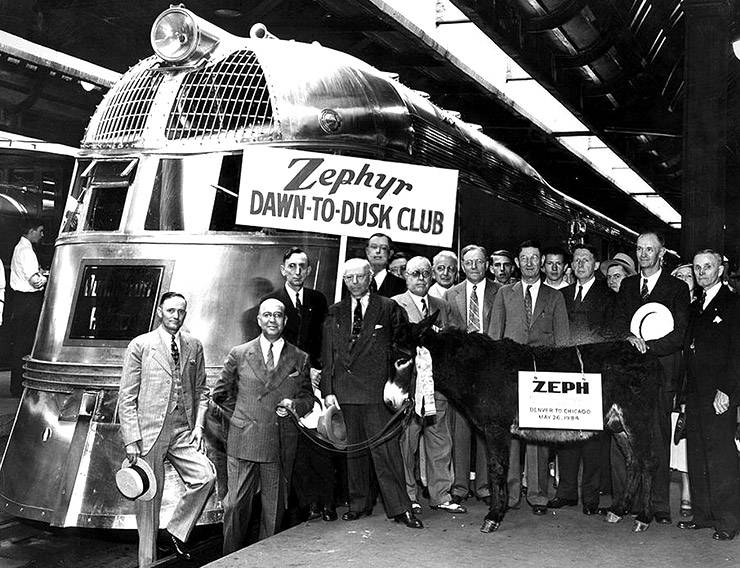 
The Burlington Railroad went on to build a fleet of stainless steel streamliners similar to the Zephyr. The Zephyr went into regular service in the mid-west after a nationwide tour following its famous non-stop run. It was renamed The Pioneer Zephyr in 1936, on the second anniversary of it’s famous dash. This way it was easy to distinguish it as the first of the Burlington’s growing Zephyr fleet. 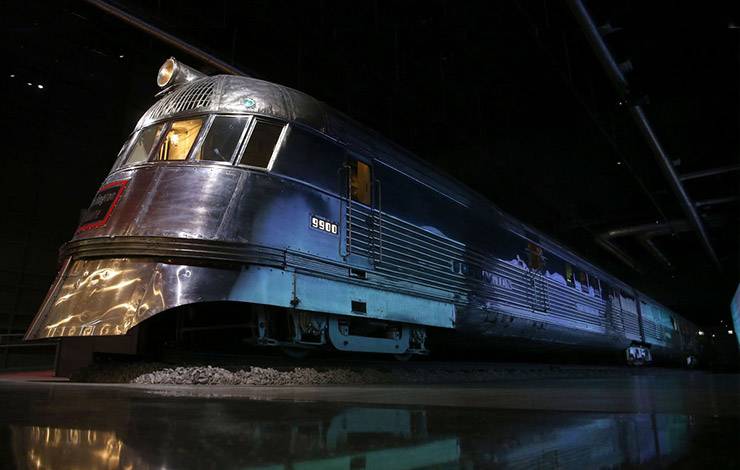 In 1960, on the 26th anniversary of the “Dawn-to-Dusk” dash, the original train was retired and donated to the Museum of Science and Industry in Chicago. Visitors today to the Museum can see the recently restored Zephyr in a new transportation display area just as it looked in 1934 when it launched the diesel-electric revolution in railroading.