Among the early exotics, or experimental cars were the XPAK 400.

The XPAK 400 was built and designed by Barris Kustoms in 1959. Barris fans remember the XPAK 400 as an early attempt at creating a car that would never experience a flat tire. That’s because the XPAK 400 rode on a cushion of air, and had no wheels or tires.
– 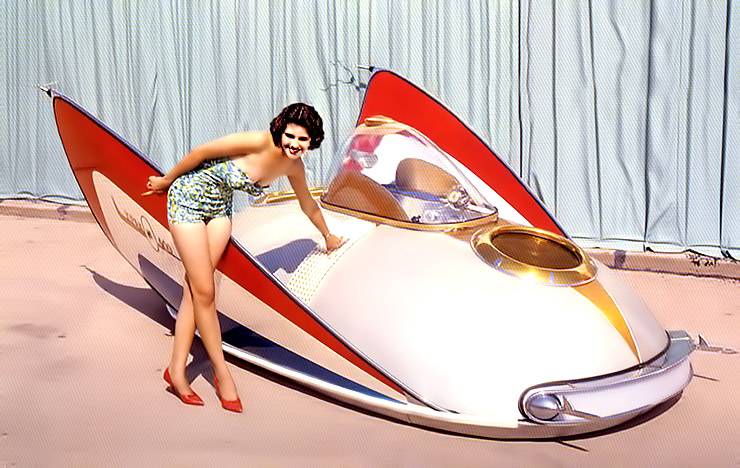 The car, sponsored by Car Craft magazine, was elevated 5 inches above the ground, thanks to a series of 20-inch cast aluminum fans positioned on the vehicle’s belly pan. The fans pointed downward to blow air that would raise the car above the road surface.

The 422-pound vehicle was propelled forward by a revolving jet nozzle, so that the thrust could be pointed in different directions to steer the vehicle.
The XPAX held one person, and resembled a small space craft with a pair of stabilizer fins on either side.
– 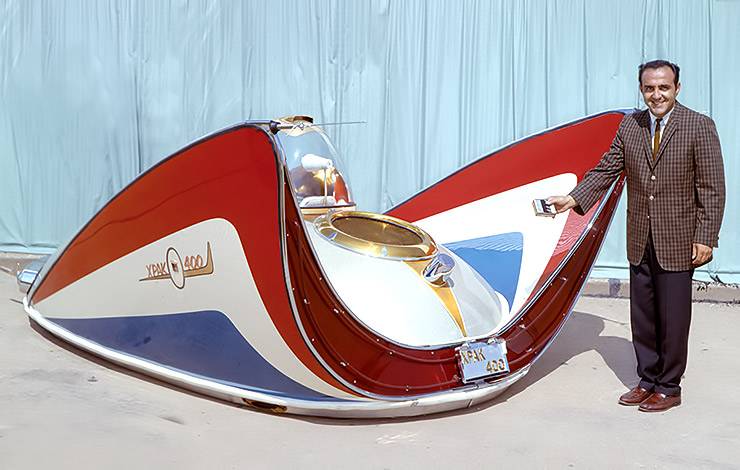 The total length for the XPAK400 was 12 feet, measuring 6 feet wide and 30 inches high. The aluminum and plastic body was painted pearl lacquer.

To underscore the importance of the XPAK 400, Motor Trend magazine, one of Car Craft’s sister publications within the Petersen Publishing family, proclaimed Barris’ air car “the most valuable contribution to the automotive industry of the year,” as stated in the 1961 show program. 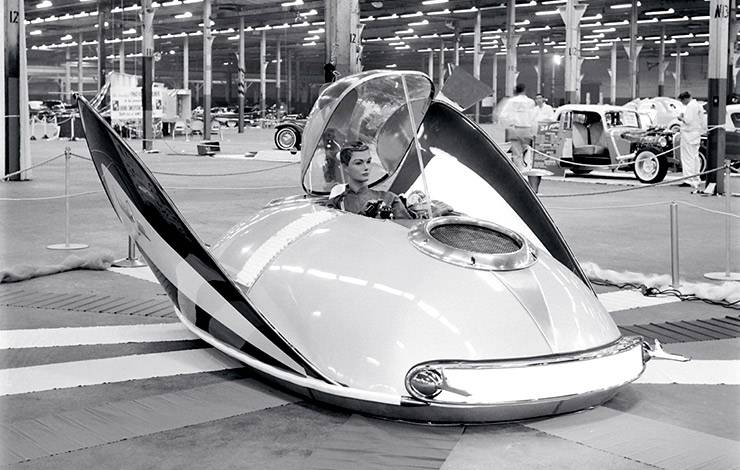 George Barris put the XPAK 400 in storage at Van Nuys airport when it was done touring the shows. Years later when he went to recover it, he was shocked to found out that the car was done. It had been sold off to settle a debt. In 2022 the whereabouts of the old Barris air car were still unknown.