This post is about Buicks.  So, what are we doing at the dragstrip?
Well, the 1960s and 1970s represented the muscle car era and everybody wanted to play, even Buick. 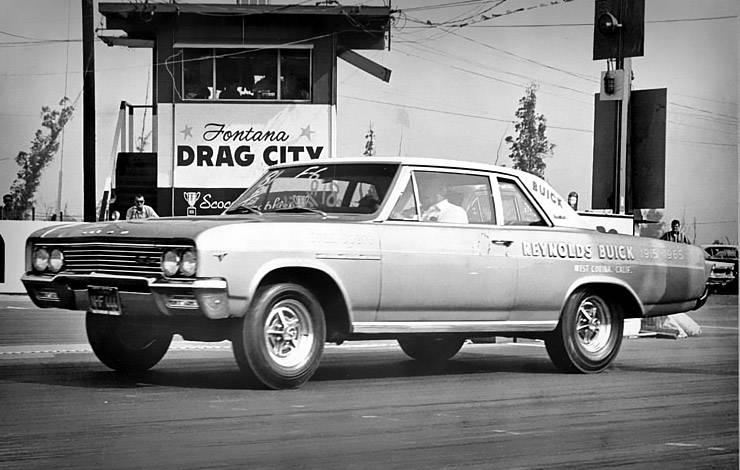 Buick’s corporate image wasn’t exactly performance oriented. In fact, it was anything but. But the muscle car wars caused a lot of weird things to happen, among Detroit’s auto makers and not even Buick could overlook a fired up youth market with thousands of dollars to spend on cars that would give them a good old stop light rocket ride. If Buick was going to play in this market, though, they were going to do it their way. Welcome to the wonderful world of going fast in luxury.

In the annals of American motor sports, you won’t find the name Buick mentioned very often. With a few notable exceptions, those luxury cars from Flint, Michigan have always been more associated with the good life. Buick’s reputation for luxury and quality isn’t lost on auto restorers these days. Buicks have always had that reputation of being a quality car and a style car all the way from the 20′s on up and when you get to the 60′s it was the same thing.
– It was just about near the top of the line of General Motors, just underneath the Cadillac and the quality of the finish, I think was done a little better than maybe on some of the other GM cars. Buick fought it out with Cadillac and Lincoln for the luxury car dollar. And Buick’s management couldn’t have cared less about the performance car market. Their customers were prosperous adults, looking for an up market car. Definitely not 18 year olds with an after school job and a heavy right foot. 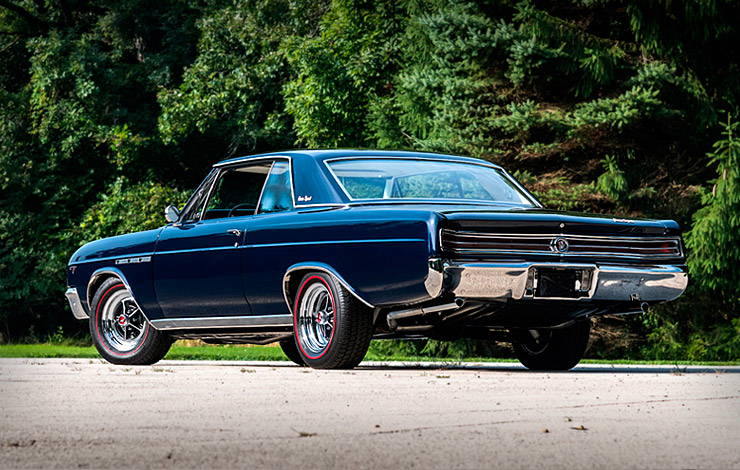 But there was a phenomenon happening in America in the sixties that no one could ignore. America’s youth were becoming a major consumer force. Two of GM’s divisions were the first car makers to capitalize on this. Buick’s management wasn’t crazy about going after the youth market but they could read a balance sheet. When Pontiac sold almost 32,000 GTOs in 1964, the folks in Flint decided that this bandwagon might just be worth climbing on, even if it was a little noisy and undignified.


A brief history of the Buick Gran Sport

When Buick got into the muscle car game, one thing was for sure: Buick’s muscle car would be all Buick and as everybody knows, Buick is where better cars are built. Thus was born, the Skylark GS. 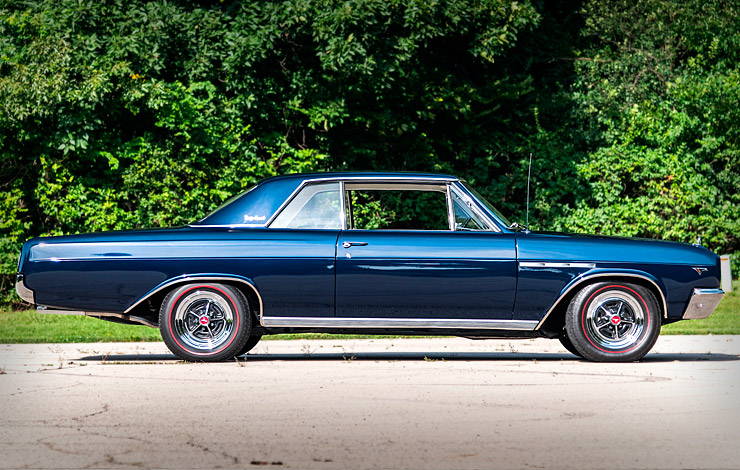 When Buick released the Gran Sport in 1965, it was a rush to market product to compete with the GTO. You gotta remember that Pontiac literally caught everybody asleep when they came out with the GTO and everybody scrambled to come up with a car or a package similar to the GTO. 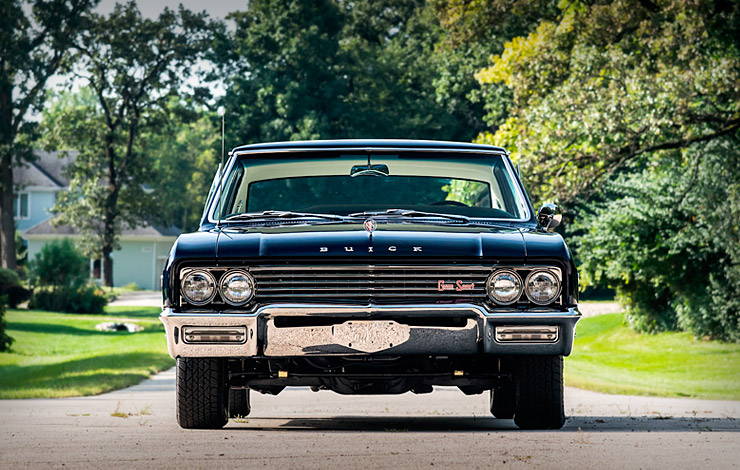 Buick’s version was called the Gran Sport. It was based on the A body, just as the GTO was. It had a little better trim package, was based on the Skylark model, little bit of trim package. Muscle cars are made by putting big engines in lightweight bodies. In Buick’s case, that body was the Skylark. It was budget priced compared to the bigger Buick but it had the full range of options, trim, and luxury items found on most other high line cars. Where most intermediates might look and feel a little economical, the Skylark always felt like a bigger car. 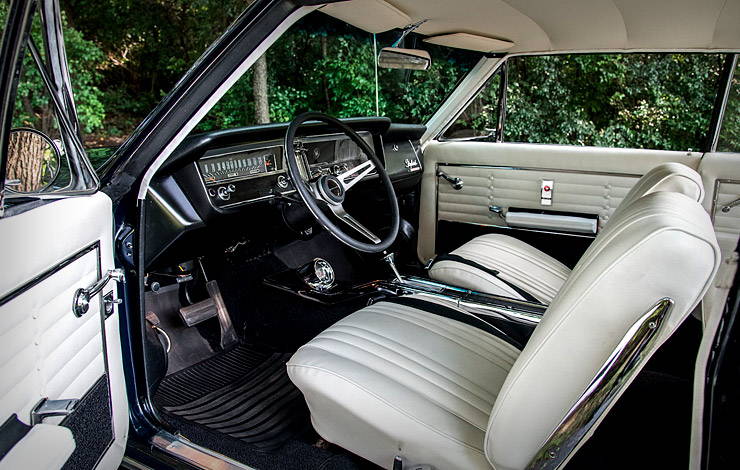 
Buick also had the other components they needed. The 325 horse power, 401 cubic inch Wildcat engine. The 401 was a bit long in the tooth by now, tracing its roots all the way back to 1953. But in a 3500 pound car, it had enough oomph to get the job done. 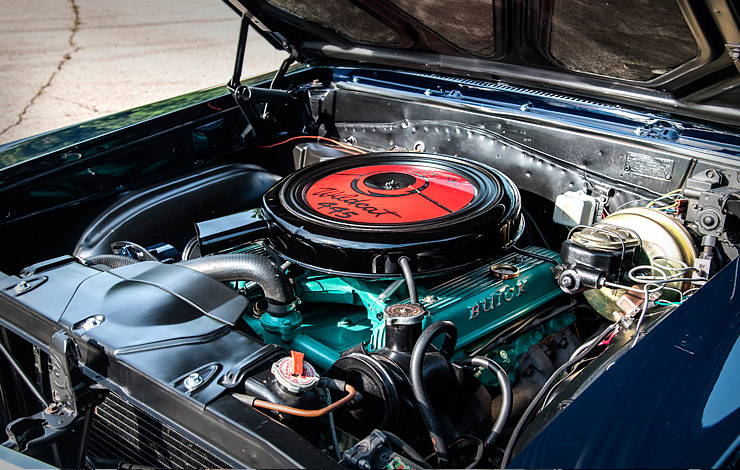 Buicks were essentially known as nail heads because the valves were so small in diameter. So the car was at a distinct disadvantage right from ’65 until the late 60′s. The old nail head 401 was not developed as a performance engine. But it had to have a lot of torque to get these big cars down the road. Well, the younger guys found out that it also did pretty good wheel spins. And that made for a pretty impressive display at the drive-ins on Friday and Saturday night.


The ’65 Skylark GS was a big departure for Buick and so was the advertising campaign that the car appeared in. The ’65 ad called the Skylark JS a ‘howitzer with windshield wipers.’ Buick knew the market they were going after. 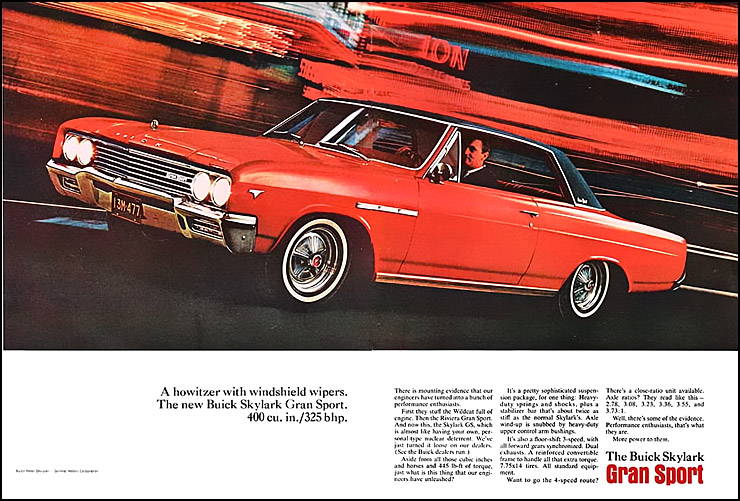 >Buick sold 15,780 Skylarks in 1965, roughly one fourth the number of GTOs sold that year. In a company like GM, though, where success is measured by selling hundreds of thousands of cars per year, it was plain to see that Buick’s main emphasis was still on the big luxury models.

The GS was a wonderful contradiction: awesome speed and opulent luxury. The kind of car only Buick could build. Buick’s guarantee never changed. If you drove a Buick, you drove class.
All over America today, people come out to appreciate these great muscle cars. It’s a chance for them to relive their youth and pass onto the next generation a piece of history. Like they said, wouldn’t you really rather have a Buick?