A rare 1967 Ferrari 275 GTB with an alloy body and a 1966 Shelby Cobra 427 are among an incredible collection of forgotten cars discovered in a North Carolina garage.

The haul, uncovered by automotive author and historian Tom Cotter for Hagerty’s Barn Find Hunter video series, also includes a 1976 Triumph TR-6, a 1978 Morgan Plus 8 and a mid-1980s BMW 325ix.
– 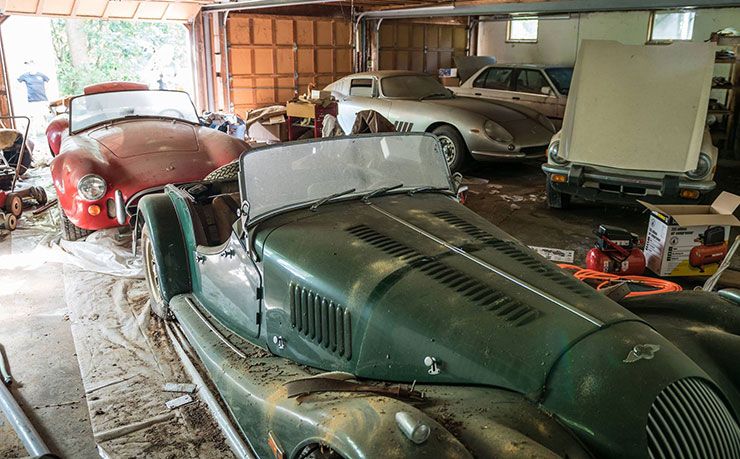 The owner of the cars drove them into the garage following the motorcycle death of his trusted mechanic and personal friend. Another suitable mechanic was not found, and the years rolled by.

The cars, which were all driven into the garage in 1991 and haven’t been moved since, are estimated to be worth as much as $4 million. That could be a low estimate, though; similar Ferraris have sold in the $5-8m range on their own, albeit in better condition and in slightly different forms. Lacking any type of alarm system, the garage’s contents were there more than a quarter-century!!!
– 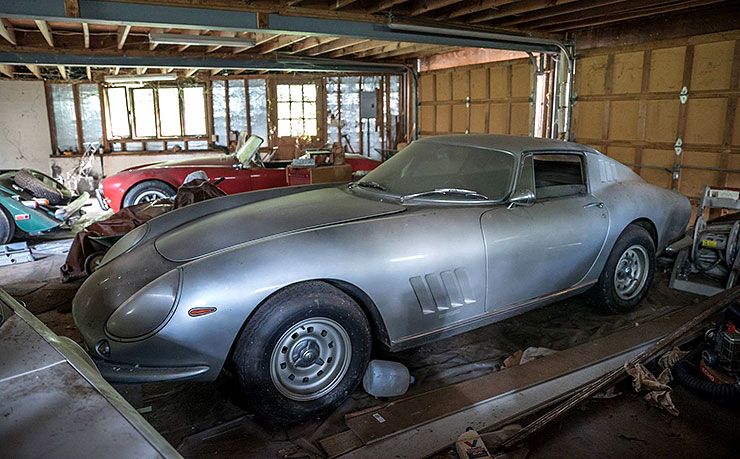 The Ferrari is one of only a few dozen alloy models ever produced and amazingly, the coupe only has 13,000 miles on the clock. Under the hood is a two-cam V12 designed by Gioacchino Colombo, sporting three twin-throat Weber carburetors.

Sitting next to the Ferrari was another once in a lifetime find: a completely unmolested 1966 Shelby Cobra 427 with only 19,001 miles showing on the odometer. The chassis number identifies the roadster as one of approximately 100 built equipped with a 428-cubic-inch engine rather than a 427. 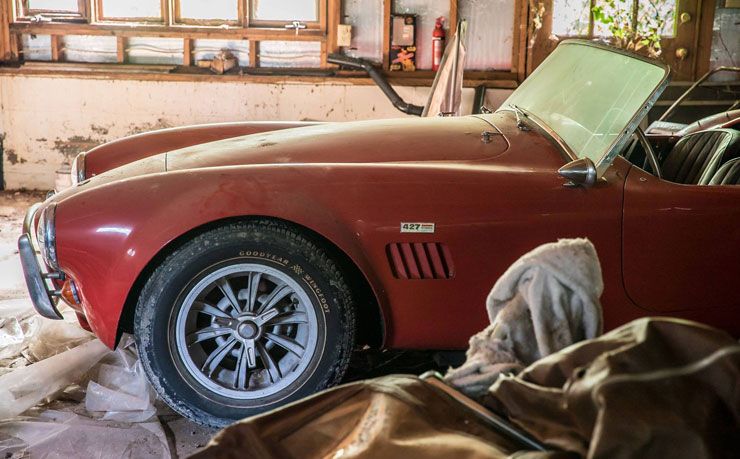 In the video below you can see an amazing story of incredible find!