Some guys might be lucky enough to get their dad’s record collection or tools that might have even been handed down from his father.

But there are rare occasions when a father will entrust his son with the most sacred of his belongings. Nope, it’s not a watch or some random trinket picked up from a trip to Hawaii years ago—it’s much larger than all of that combined.


Okay, some might have understood that inheriting a house would be one of the best things ever, which there is no disputing (financially speaking), but when it comes down to something deeper and more personal, nothing beats getting pop’s old truck. There’s just something about the memories of how it sounded when he pulled into the driveway, or how good it felt to be cruising to the store or home from school in it. Most dudes don’t usually end up with their dad’s old pickups, but the ones who do usually don’t take them for granted.
– 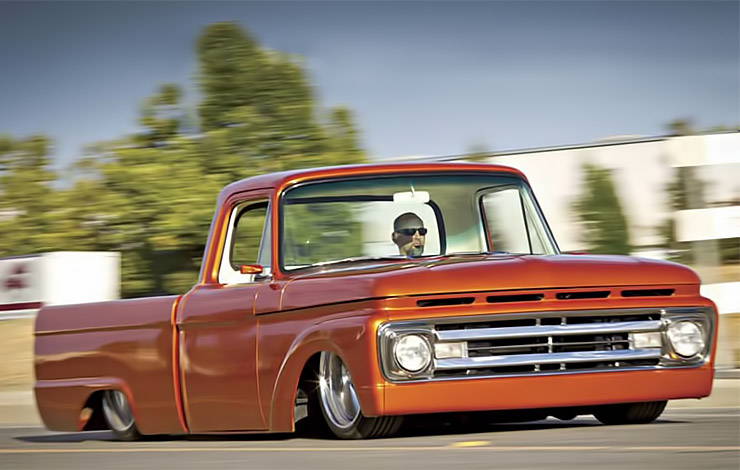 Take Tony Pimentel, for instance, he’s been working on his dad’s old Ford F-100 since he was 13. The earliest memories he has of his dad and the truck together are the simplest, which usually mean the most: “The truck was a bone-stock, daily driver that he used to drive back and forth to work every day,” Tony says. “The customization started through my ROP program at school when I was a teen. Now, here it is 33 years later, and I’m still messing around with it.”
– 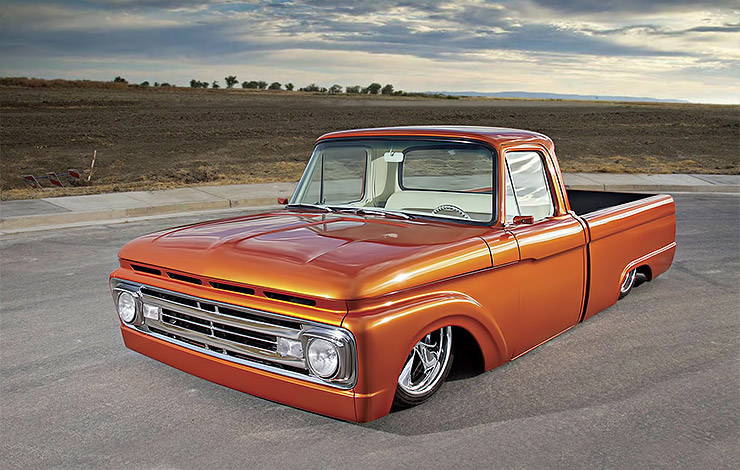 Even though Tony got an early start with his dad’s truck, nothing was simply handed to him. He still had to kick in his own time and money to get things done. As a young kid, this was a speed bump for Tony. Most of the time, he had other things on his mind like homework and hanging out with pals (and chicks most likely). It proved to be one of the biggest challenges he would continually face, even into his adult years. With work, a wife and family life requiring his attention, spending time in the garage became secondary.

“With the amount of sentimental value that this truck holds for me, I pressed on as much as I could when I could over the years. Funny enough though, my dad felt that the truck was continually being ruined as the years went by. He was still new to seeing a truck completely hacked up for the sake of bettering it,” Tony told us. It did take a fair amount of years (almost to completion) for Tony’s dad to fully jump on board with what was being done to his old truck, but when he finally got it, everything clicked firmly into place. 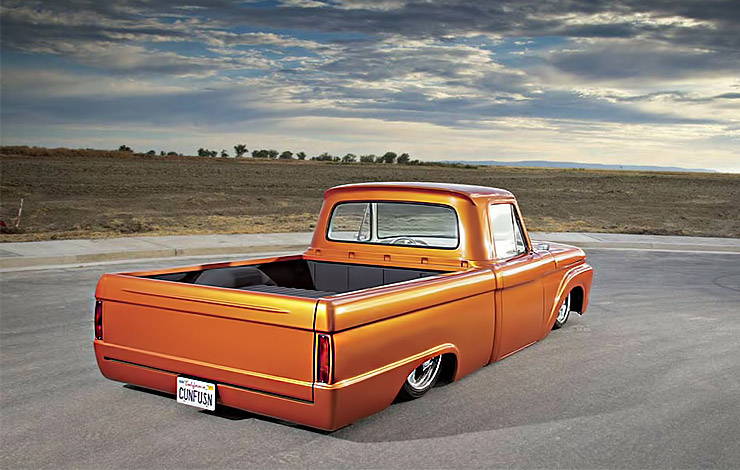 The F-100 began as a pumpkin-orange colored step side, and as it began taking shape, Mr. Pimentel had to have experienced a slight knee-jerk pang of regret initially. The first changes were to the body. First, the door handles, seams and rain gutters were shaved. Then Tony had the suspension completely torn apart and installed a 1979 Camaro front clip and the front and rear air setups. When that work was all said and done, the inline-six was yanked out to make room for the 1973 Chevy Mark IV 454 cu in engine mated with a heavy-duty GM TH400 transmission. 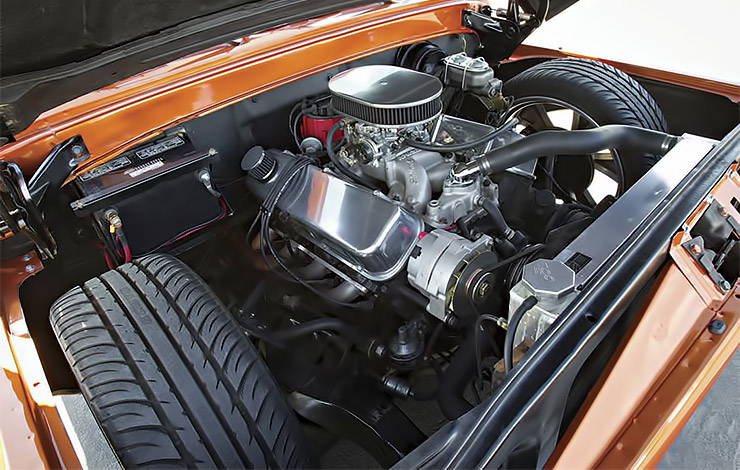 The work that Tony put into his dad’s truck was intensive, and his dad’s worries were justified whenever the truck sat in between uncompleted phases. “It wasn’t until the new paint came along when dad finally started coming around with what had been going on all these years,” Tony admits. Maybe it was the return of a familiar orange color that brought his dad back to what his truck had looked like years ago, or maybe it was a phase of the build that had the truck looking like it was actually close to being completed. Whatever the connection was, his acceptance and approval pushed the build over the hump it had been climbing for what seemed like forever, and the ride back down was relatively smooth from that point forward.

Suddenly, the build picked up steam, and father and son were both on the same wavelength. As the build neared the finish, Tony had time to sit back and reflect upon the almost three decades he’s spent with this truck. One usually takes a mental inventory at a time like this, which is exactly what Tony said when we asked him, “I’ve had a great time with a group of good friends that I started out with and the new ones that I’ve picked up along the way. I’ve learned so much over the years and have sharpened some skills as well. I wish that the lack of time and funds didn’t push the completion so far of into the future, but it happened, and that’s all I really care about.”


For the 59-year-old pickup, the timing couldn’t have been better. If it had been wrapped up sometime in the ’90s, its timeless vibe could’ve been a whole lot different. With the current resurgence of classic trucks, now is the time for these trucks to shine. With the strong support from the aftermarket and the many rising stars in the fabrication game, there really is no limit to where these former work trucks can go. Nobody knows this better than this Ford’s previous owner, Mr. Antonio Pimentel. 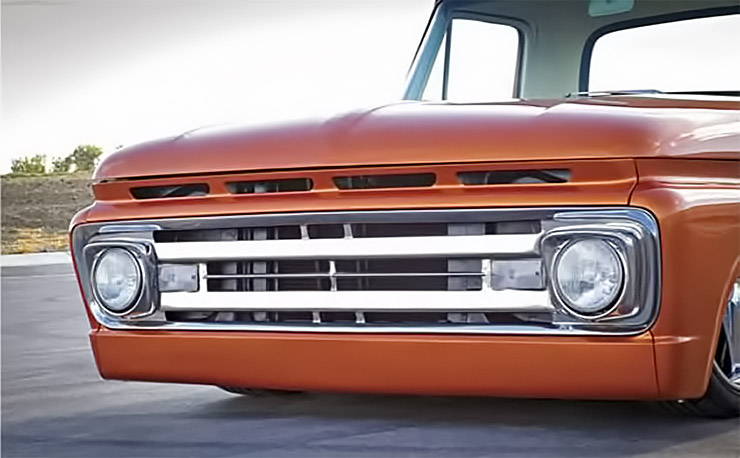 When the time is right, we’ll see if Tony can bear to hand his impressive creation down to his own son. It might be tougher to let go of it than it was for his dad, but surely Tony will want his son to feel the incredible sense of pride in owning such a fine piece of family history. 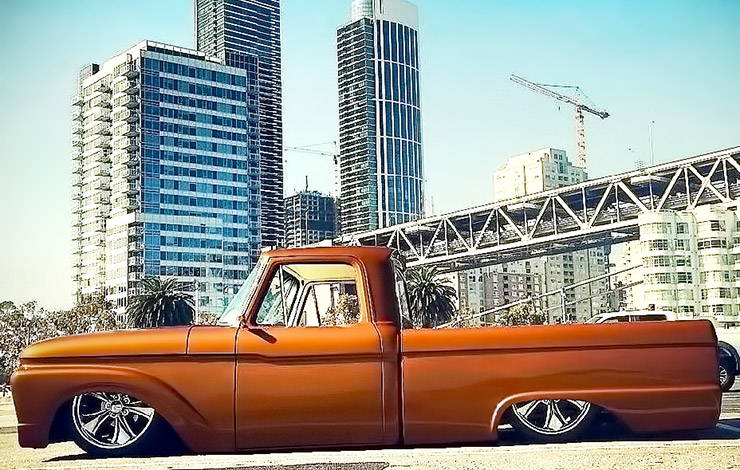