The sky is the limit when it comes to customizing a giant ride at Extreme Super Truck in Augusta, Georgia, USA.

In 2001, Chris Walker and George Stickler, owners of Southeast Utilities, were looking to replace two of their older trucks with a SuperDuty F650. On the way home from the dealer, they decided to take it out back and build a bad ass pickup. That’s how this all started. Both racers at a young age, fabrication was not new to them. 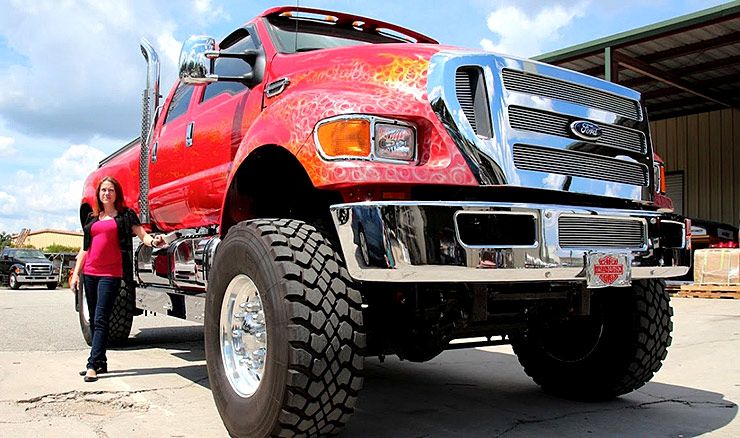 After people saw the custom job his crew had done, their work was in high demand. Walker decided to sell it on eBay, and it went within two hours – to Arnold Schwarzenegger, no less.
Though much of the work they do is on trucks that will be used in some type of working capacity, there are the big-name athletes and celebrities, such as Shaquille O’Neal and Jay Leno, who have purchased from SuperTruck. 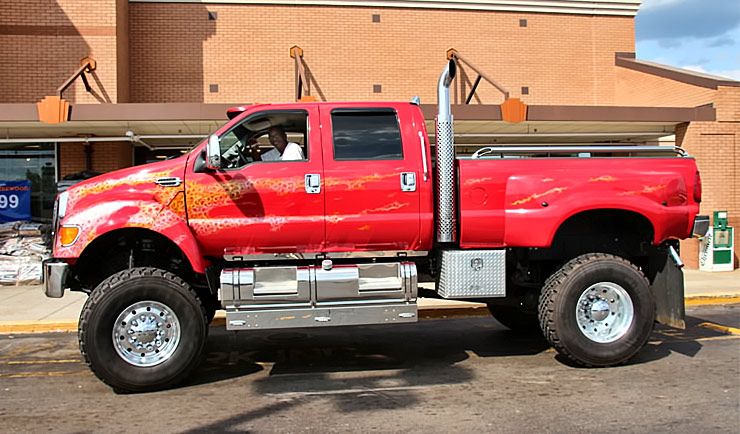 Once a factory-built F650 or International arrives at the shop, the typical high-end build will take 17 weeks to complete. It will spend four weeks in what Walker calls the “meat and potatoes department,” where it is stripped down to bare metal and outfitted with six or more doors. Chris said: “We build to the customer’s request – they don’t buy what we build, we build what they want – it’s hard to find that.”
Those giant creations are almost twice as tall as the standard pickup truck and about six feet longer.

“Now we not only make it look cool, we make it ride good where anyone can want to get in it and pedal down the road,” Walker says. People around the world go to Chris to design their dream pickup trucks, which can cost up to a quarter million dollars.

Check out some of this truck and some other great designs that gets produced in the Augusta, Georgia shop.