A car crash on the Chugoku Expressway near Shimonoseki, Japan is being touted as the most expensive car crash ever. 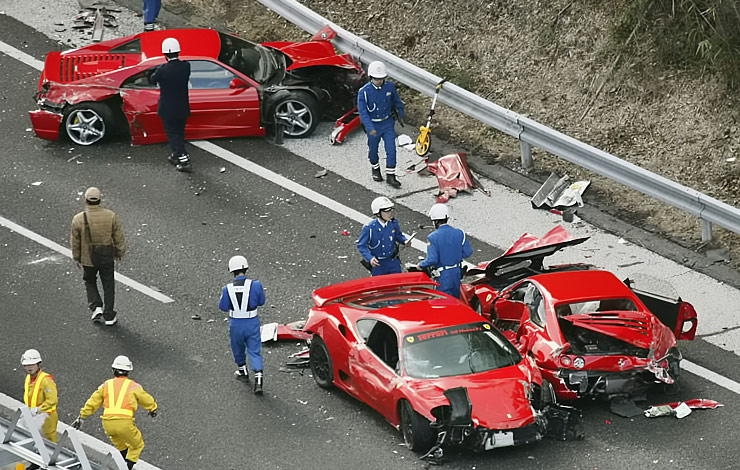 The wreck took the lives off 8 Ferraris – a couple of 355s, one F430, one F430 Scuderia, a couple of 360s – a Lamborghini, three Mercedes-Benzes, a Prius, an unidentified Toyota and then some other cars that were apparently not expensive enough to mention. There were no human deaths, but 10 people sustained minor injuries.

The supercars were being driven from Hiroshima to Kyushu along the China Road. The accident is understood to have happened after one of the Ferrari drivers lost control on a wet road. Witness accounts suggest the lead driver, a 60-year-old businessman in a Ferrari F430 Scuderia tried to change lanes, possibly to get around a slower car, then slid into the guardrail and spun across the highway. The other cars collided while trying to avoid hitting his car.
– 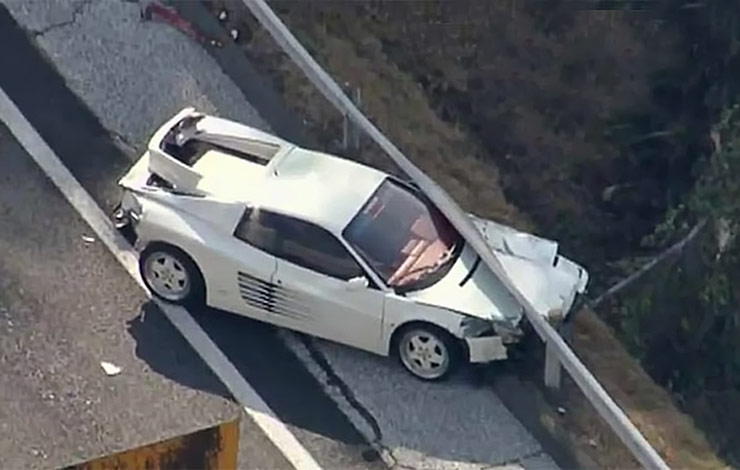 The lead driver of the supercar convoy “crashed into the left embankment and bounced off toward me” a man said to NHK. Another unidentified eye witness said “a group of cars was doing 85-100 miles (140 – 160 kilometers) per hour. One of them spun and they all ended up in this great mess.” It all went sideways – literally – on a long, narrow stretch with no shoulder where the speed limit is 60 mph. 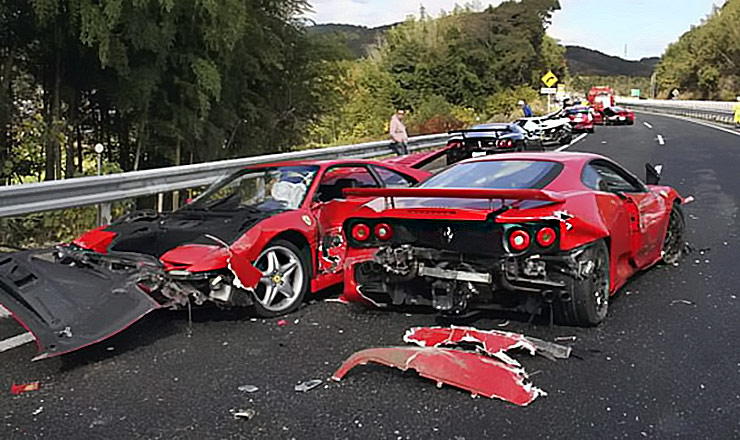 Local media estimated that the total worth of the supercars alone is somewhere around 300 million yen or about $3.85 million.

A whole lot of crumpled metal follows in the video below.