The Russian SUKHOI SU-35 was something of a mystery for many years.

Fourth-generation jet fighter is a general classification of fighter aircraft in service from approximately 1980 to present day, and represent design concepts of the 1970s. Fourth-generation designs are heavily influenced by lessons learned from the previous generation of combat aircraft. Long-range air-to-air missiles originally thought to make dogfighting obsolete, proved less influential than expected precipitating a renewed emphasis on manoeuvrability. 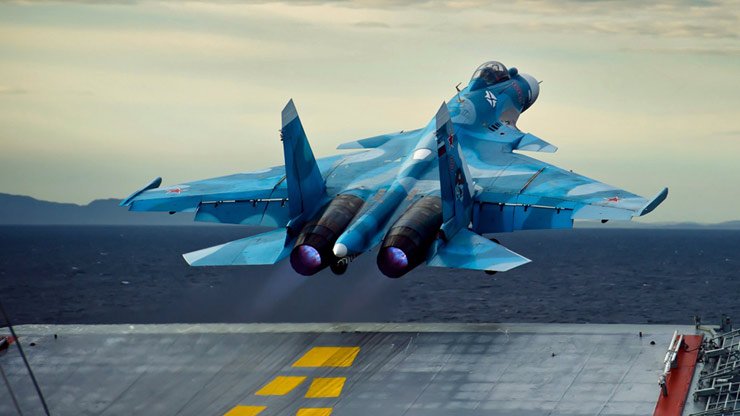 The Sukhoi Su-35 is a twin-engine, two-seat super-maneuverable fighter aircraft developed by Russia’s Sukhoi Aviation Corporation. It is a multirole fighter for all-weather, air-to-air and air-to-surface deep interdiction missions.
The Su-35, Russia’s latest version of the famous super-maneuverable multirole fighter jet has demonstrated its stunning capabilities during the first day of the 50th Paris Air Show at Le Bourget. 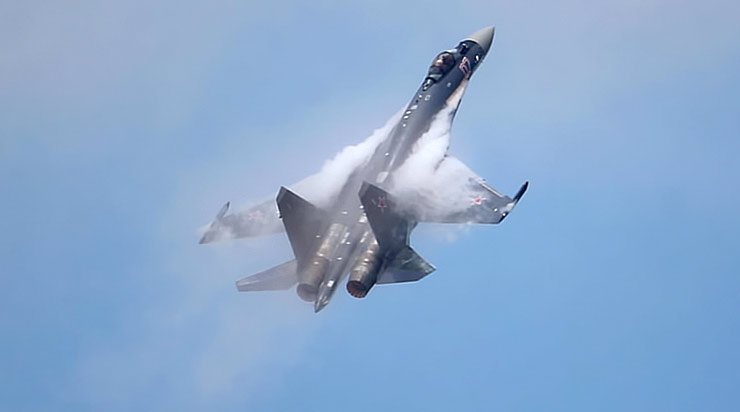 The SU-35 has been dubbed the “UFO” for its outstanding manoeuvrability. New engines enable Su-35 to perform all kinds of stunts, including Pugachev’s Cobra, the Frolov Chakra, the Dead Leaf, and the unprecedented Pancake, which is a horizontal 360-degree made turn without losing speed. 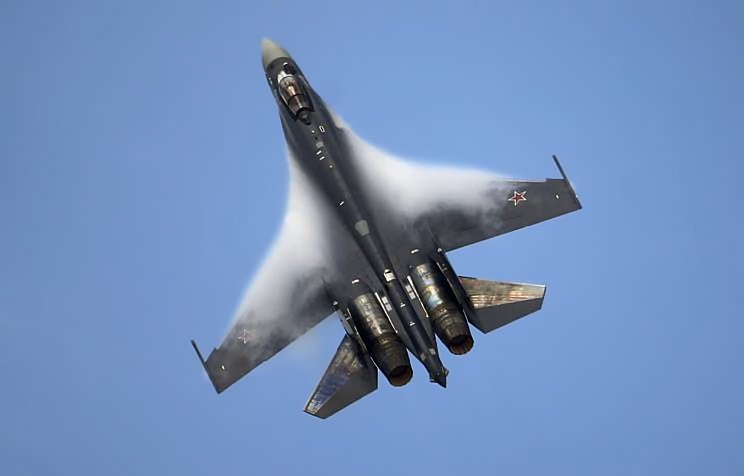 Ok, it’s not stealth (even if some sources say it can detect stealth planes like the F-35 at a distance of over 90 kilometers), but once engaged in a WVR (Within Visual Range) air-to-air engagement, it can freely maneuver to point the nose and weapons in any direction, to achieve the proper position for a kill.