When you are looking for a great attraction to gather crowds at all types of events, few things will capture attention like this monster cycle, The World’s Tallest Ride-able Motorcycle. 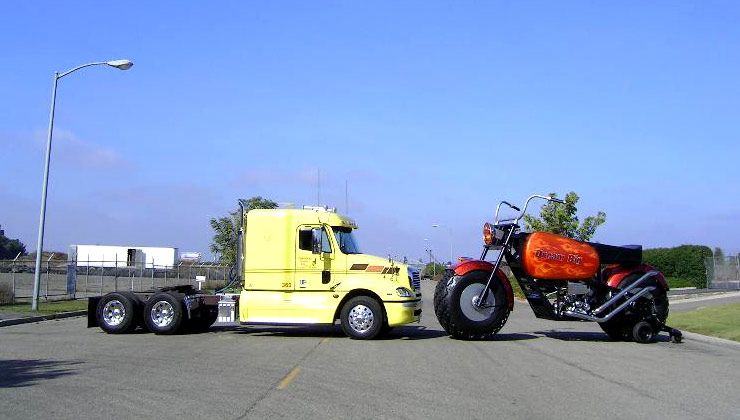 Dunham steers it from a cage below the handlebars as it would be impossible to straddle the bike in a normal riding position. Technically he drives the bike rather than rides the bike.

“People love it” Dunham says. ” Fifteen guys came from out of nowhere to see it. One of the guys said, ‘Build me one!’ People love it! ” 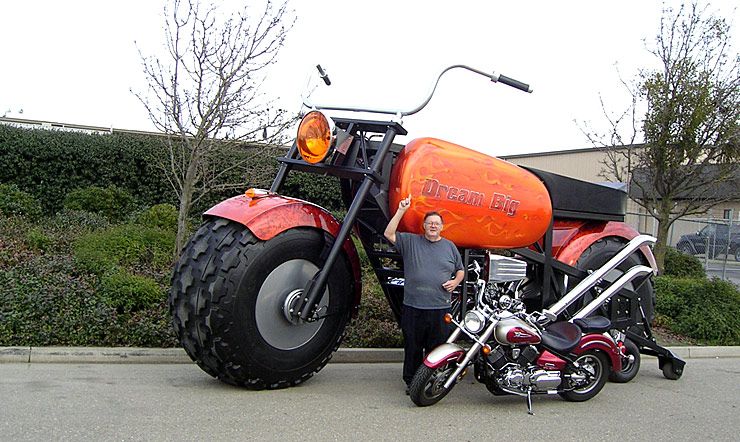 Dunham started building the motorcycle he calls Dream Big.
It wasn’t easy. He twice had problems with the transmission that made him mad enough to want to set the bike on fire. Dunham collected the parts to build the bike from online shops and auto wrecking yards.  He built the bike himself relying on the knowledge gained when he worked in car body and chassis repair at a garage. 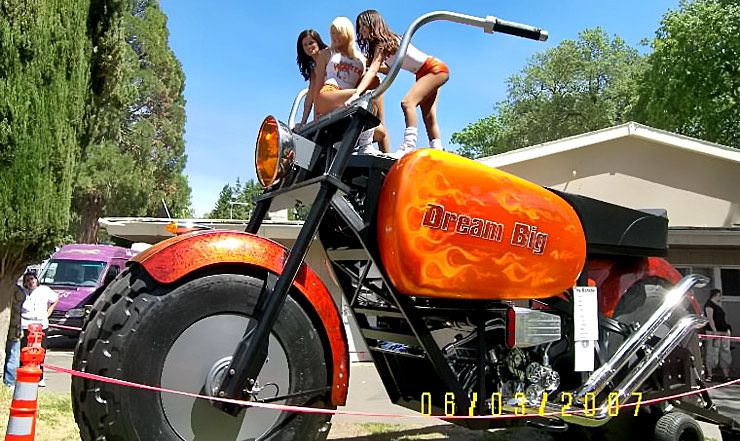