Did you ever wonder if the aerodynamic front nose cones and rear spoiler on the Dodge Daytona and Plymouth SuperBird actually worked?

Back in the late 1960s, Dodge was trying to find new innovative ways to get more speed out of their stock Chargers. They began exploring aerodynamic add ons which led to the Dodge Charger Daytona. With an enormous 18″ pointed nose cone and massive two foot tall spoiler, the new Daytona edition Charger began to dominate in NASCAR circuit the next two seasons. Not only that, the Daytona was the first stock car to break the 200 MPH mark at Talladega in 1970. Obviously the new aero package Dodge created worked, but just how well?

Recently, News & Media Website AutoFocus from Canada teamed up with the University of Ontario; Institute of Technology to use their ACE Speed Lab wind tunnel to finally test the true aerodynamic marvel that was the Charger Daytona. To further their testing, they also ran wind tunnel testing on a 1969 Dodge Charger R/T Hemi and a 2015 Dodge Charger SRT Hellcat. 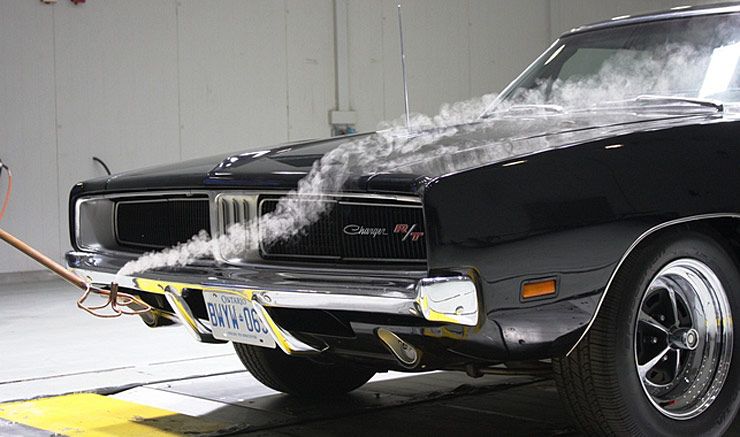 A ’69 Charger represents the regular vehicles of the Apollo era; a Charger Daytona shows what designers of the day could do to try and improve the aerodynamics of that platform for high-speed racing duty; and a new Charger Hellcat is there to show off what modern-day designers and engineers can do. 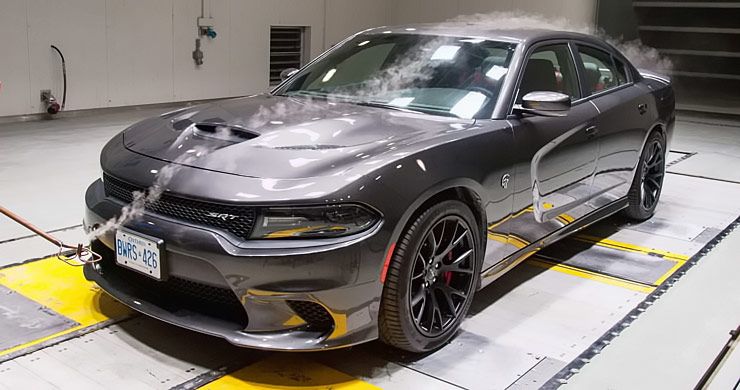 That the Hellcat blew away the stock ’69 Charger from every angle, thanks to its rounded front end and rear spoiler, was really no surprise. What did catch us off-guard was how it stood up next to Daytona. The numbers were almost exactly the same despite the 45 years. Aerodynamics have come a long way in the last 47 years.

The results are quite amazing. Watch and enjoy.