If you are looking to spend around $65,000 on a new performance car and you want the most power for your money, the 707 horsepower Hellcat versions of the Dodge Charger and Dodge Challenger are arguably your two best choices, but which Hemi-powered beast is the right choice for you? 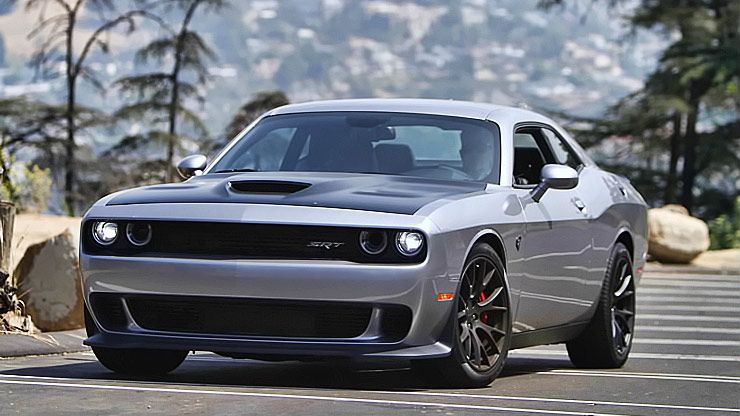 The Key Differences Between the Two
The 2015 Dodge Charger SRT Hellcat and 2015 Dodge Challenger SRT Hellcat are both powered by the supercharged 6.2L Hellcat Hemi, but while the Charger is only available with the 8-speed automatic transmission, the Challenger has a standard 6-speed manual transmission or the optional 8-speed auto. Of course, the Charger has an extra set of doors along with the unique appearance of each. They both have a huge Brembo brake package with 15.4” rotors up front, they both have an adjustable suspension system, they both have sporty leather front seats and they both have the incredible Chrysler UConnect system with the integrated SRT Gauges that include all kind of performance times. The Hellcat cars really only come loaded and they come with all of the same options, so there is no advantage between the two in terms amenities. This lack of differences between the two makes picking between the two even tougher, but there are some important aspects that you cannot experience without driving both.

Drivability and Performance
One key aspect that cannot be seen online or in a dealership is the fact that the 2015 Dodge Charger SRT Hellcat is quicker, faster and easier to drive than the smaller and lighter Challenger SRT Hellcat. The Charger has better aerodynamic properties than the Challenger that help reach an awesome top speed of 204 miles per hour (199 for the Challenger) and the longer wheelbase of the sedan helps it get its mass moving more quickly than the 2-door coupe – with the Charger boasting an NHRA certified stock-tire time of 11.0 seconds flat in the quarter mile while the Challenger “only” runs an 11.2 with the stock tires. In other words, the Charger is a little faster and a little quicker when both cars are fitted with the 8-speed automatic transmission.

Also, while I have not seen a head to head road course comparison of the two, my race track time in both cars gave me the impression that the Hellcat Charger had a more planted feeling through the turns and under hard throttle in a straight line while the Hellcat Challenger seemed a little more willing to kick the back end out and put on a smoke show with a shove of the right foot. I don’t know that I would say that the Charger handled better than the Challenger, but the Charger was the smoother, easier car to drive. The Challenger is a muscle car and it feels like a muscle car should feel, with a back end that will step out on demand and a higher driving position that works with the big, powerful lines of the Challenger. On the other hand, the Charger is quicker to make use of the power and it provides more of a low slung feeling behind the wheel. The Charger feels more like something that you would pick to blast through a series of curvy country roads while the Challenger is the car that you would take to dominate the drag strip…even though both cars are fully capable doing double duty as a drag strip beast and blasting through the countryside.

However, while I thought that the Charger was the easier car to drive, the muscle car owned in me loved the ride of the Challenger and, more importantly, I loved the heavy duty manual transmission. Driving a muscle car with 707hp is fun, but driving a 707hp muscle car while banging through gears is a total blast. 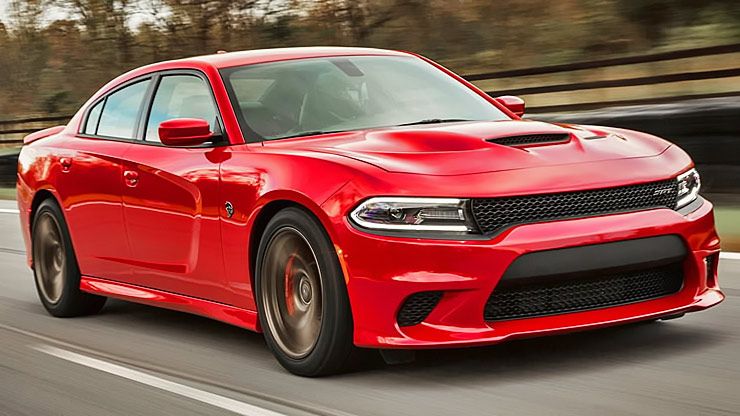 Muscle Car Attitude
Im sure that some Mopar lovers are reading this, hating the fact that the Charger name has been applied to a 4-door sedan and preparing to unload in the comment section about how there is no reason that anyone should buy the Charger as a sedan. Fortunately, all of those folks who don’t think that any car meant to go fast should have more than two doors can go with the Hellcat Challenger, which provides as much of a muscle car feel as any car – ever. The Challenger is a big, bruising muscle car with bold, retro-inspired styling and the Hellcat Hemi makes this muscle the most powerful ever.

On the other hand, the Hellcat Charger has a front end design that has been accused of being too European. I personally love the front end just as much as I love the entire car, but this front end doesn’t have the American muscle car feel that you get with the Challenger – number of doors aside.

Spaciousness
I have often credited the modern Dodge Challenger for having the most useful back seat in the segment, with enough space to comfortably seat two adults in the back. This is not the case with the Ford Mustang or the Chevrolet Camaro. The back seat of the Challenger is great for kids or adults, but if you really plan to spend much time with four adults in the car, the 707hp Charger has a huge advantage. In addition to having significantly more legroom and elbow room, the Charger is a whole lot easier to get in and out of for both adults and kids.

Which to Buy?
If you want the best performance for your money, the most interior space or a more modern, high tech exterior, the Dodge Charger SRT Hellcat is the car for you. If you want to spend a little less money, bang your own gears or have a car that packs a ton of American muscle car attitude, the Dodge Challenger SRT Hellcat is the car for you. I believe that in the long run, the Hellcat Challenger would be a more entertaining car to own and drive every day, but the spaciousness of the Charger combined with improved performance makes it a great option for those who are really going to drive this car for every task, day in and day out.