After many years of doing duty as a grain truck on a local farm, this 1948 Dodge Pilot-House cab was bought by Kyle Cochran from a neighbor for $22! Can you believe it?!?

The Dodge is a rare “pilothouse” five-window 1.5 ton model, and was even rarer that it was optioned with a radio. Cochran believes that the truck is one of maybe 829 made with those options.
– 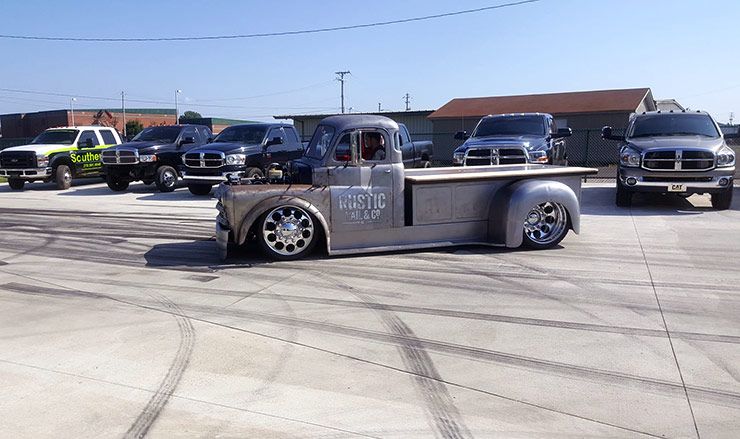 Kyle and the guys at Rustic Nail & Co have done a killer body work on this one with most of it being hand made and despite the huge wheels and AccuAir suspension this 1948 Dodge truck still looks as old school as it gets.

The biggest eye-catches are the wheels. Those are not one-off billets…they started out as 24.5″ Alcoa wheels that have been highly modified. The rim diameter was down to 24″, which allowed the use of street tires.
– 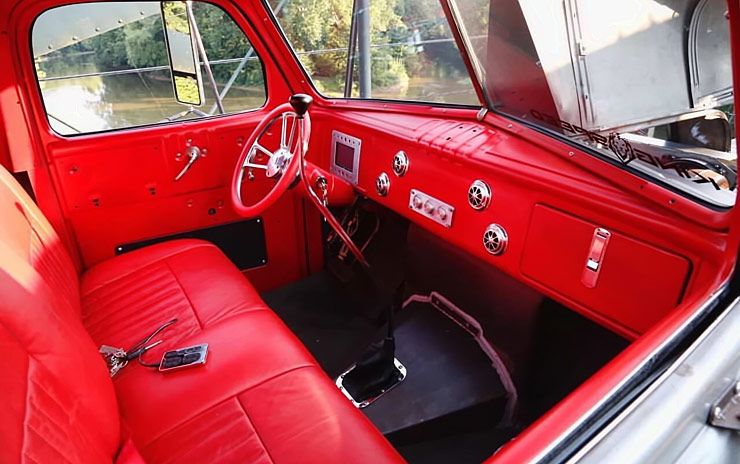 Other modifications include a Flaming River steering system, a Lokar shifter, and a Restomod Air air conditioning system. Oh, and we can’t forget the massive front bumper…that’s from a 1953 International. Actually, it’s from Jason’s personal International. 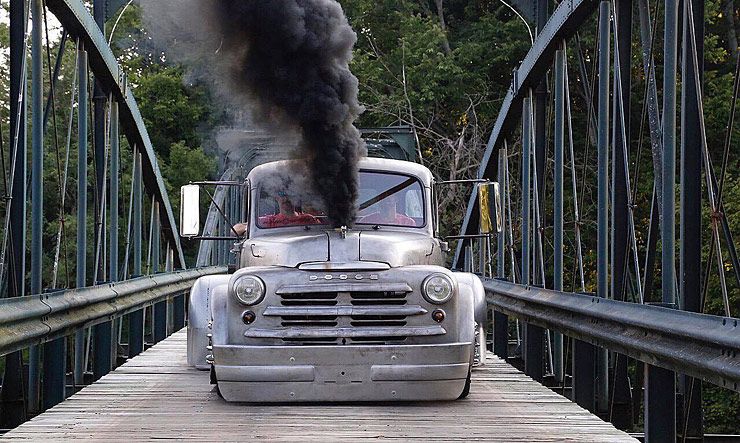 The Dodge wasn’t built to be a show vehicle…it’s meant to work and has been outfitted as such. That’s why the Cummins has been built up a bit, that’s why the cab is air-conditioned. The truck is designed to make a visual impact, which will in turn draw business to Rustic Nail & Co. And the truck is designed to leave a lasting impression of what Kyle and crew can do when it’s time to get to work.