This car is pure eye candy and what you see here is a custom Buick Riviera Coupe that dates back to the golden age of muscle car era. 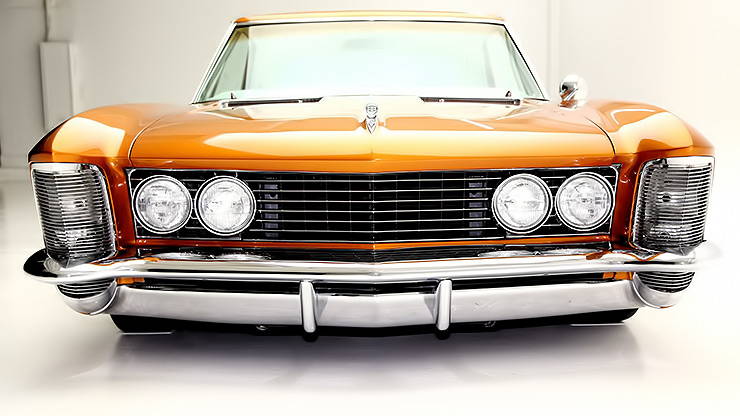 This amazing Riviera is known as “The Pagan” (previously called “Mild Fire”). It has a beautiful custom blend of candy Pagan gold with a gold flake base and pearl finish.

This 1964 Buick Riviera was owned by Mike O’Brien from Burbank, CA. Mike had always longed after a customized Riviera from a young age and had owned several customized vehicles in the past. His car previous to the Riviera was a 1961 VW Beetle that was later stolen prompting him to look for a new car.
– 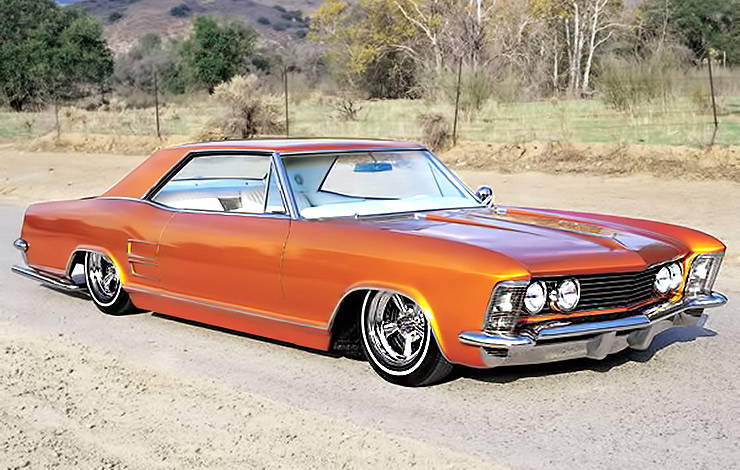 It was during his search for a new car that he stumbled across the ’64 Buick in a local paper. He drove it with no modifications for a while but eventually took it to Rick Bently at R Kustoms in Santa Clarita to get a set of air bags fitted.

Mike drove the car in a pretty much standard form with the addition of the air bags for about a year and a half before a friend helped him completely overhaul the running gear and fitting those 15×7 Astros with Remington 205/70 “pinner” white walls. 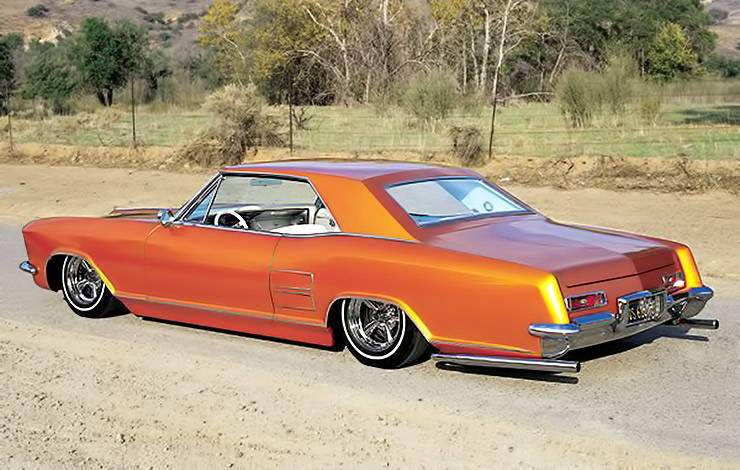 This custom 1964 Buick Riviera only got some simple shaving, custom exhaust and some other minor changes that together form a smooth visual impact. The vehicle was lowered using Firestone airbags front and rear individually; a pimped-out white interior was also added. 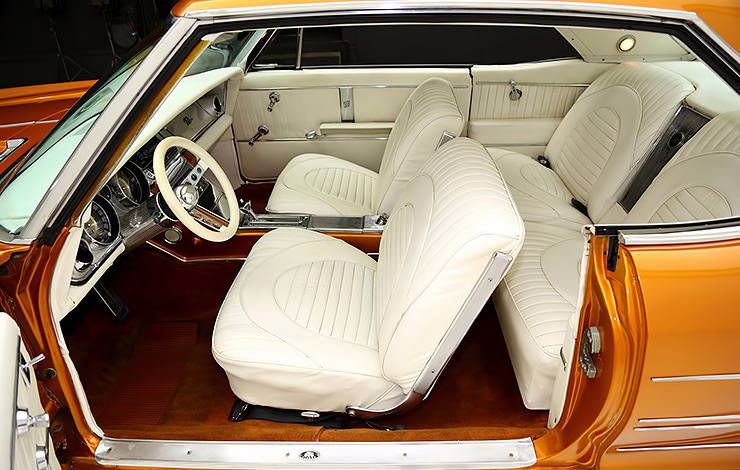 Next, the car was painted in a custom-mixed House of Kolor Kandy Pagan Gold which looks fantastic on this Buick. The correct 425ci engine runs smoothly with a stock appearance. The final piece of work that was performed was a fresh tuck and roll interior supplied by Sagona’s in Burbank and a new layer of Chrome which was performed by Ultra-Mega Bumpers in Los Angeles.