When you’d last seen a Crosley? Have you ever heard about Crosley cars?

Powel Crosley, Jr., a successful radio and refrigerator manufacturer from Cincinnati, Ohio, first tried his luck at automaking way back in 1907, but the effort fell flat. Four years later he tried building a car again, this time in cycle-car form but, again, the car met with zero public acceptance.
– 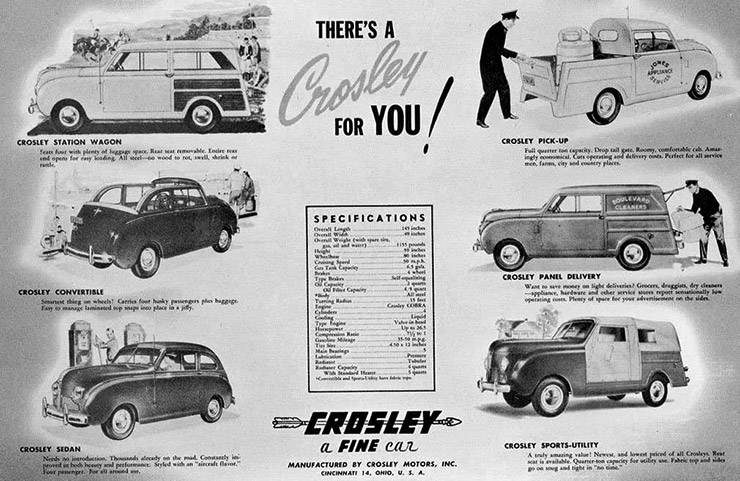 Although Crosley became very wealthy with his appliance business and added a radio station and part of a professional baseball team to his empire, the desire to build cars still burned within him. His idea was to create and manufacture a small, low-cost, economical car that nearly anyone could afford and, in 1939, he introduced a four-passenger air-cooled roadster of 12hp riding on an 80-inch wheelbase. Top end was about 50 mph; it retailed for under $300 and, until WW II broke out and civilian auto production ceased, Crosley sold 4,757 examples.
– 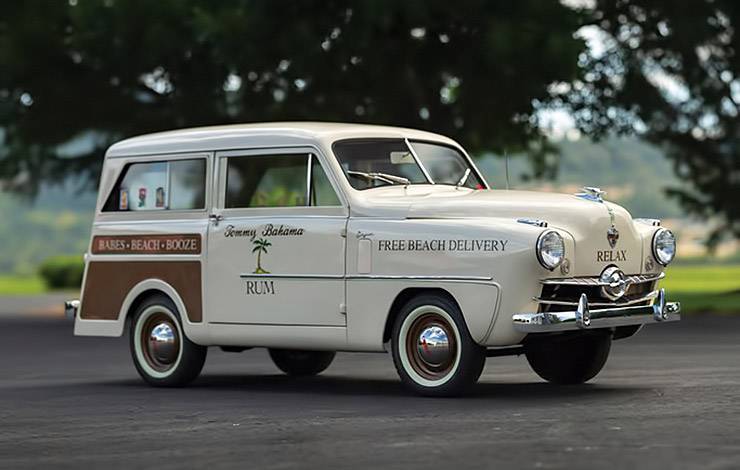 The war brought Crosley military contracts to build engines and other machinery. The engine was an industrial unit with the acronym “CoBra” which meant copper brazed and referred to its lightweight sheet-metal construction. Using the CoBra engine as a base, Crosley designed and began producing a new car just before the end of the war and introduced it to a car-hungry public in July 1945. Acceptance of this new, tiny American car, still on an 80-inch wheelbase, was slow, however, and just 16,637 were delivered by the summer of 1947.

The body shell and general styling would continue through the end of production while detail changes in the front-end design and additional body styles such as a station wagon, convertible with fixed sides a la Morris Minor and the sporty Hotshot roadster helped round out the model selection.
– 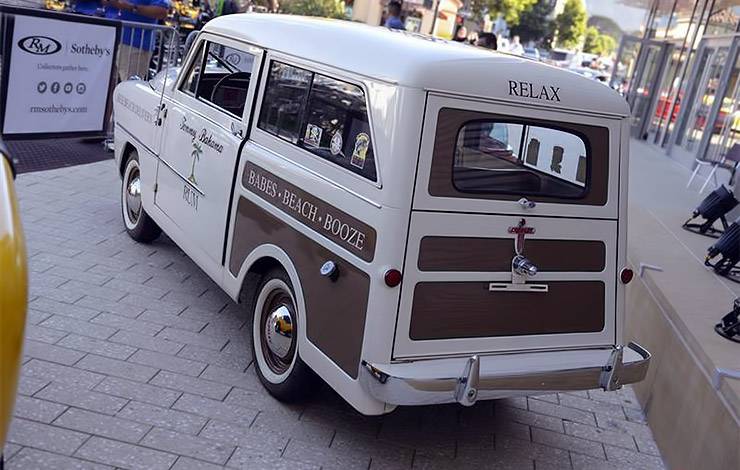 Meanwhile, the CoBra engine had been developing severe deterioration of the sheet-metal blocks and cylinders due to electrolysis, and Crosley replaced these units with a cast-iron engine. It was 44 cid. inline OHV four-cylinder engine, sporting 26.5 bhp. This tiny motor was mated to three-speed manual, unsynchronized transmission.
– 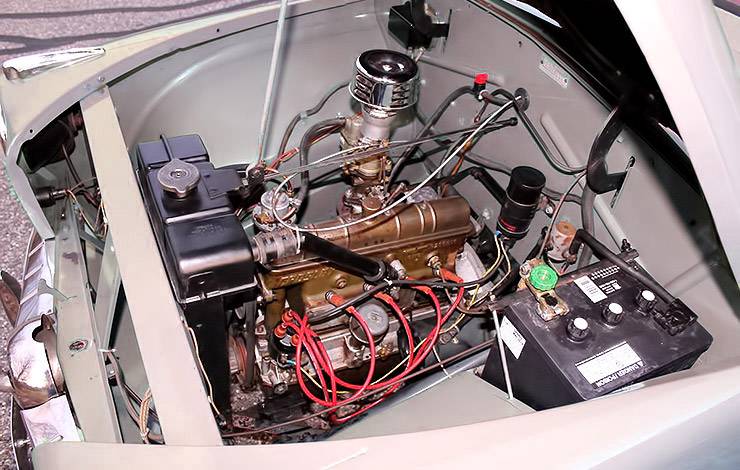 The Crosley had really caught on by 1948 when it enjoyed its greatest sales year with over 25,000 cars delivered. But by 1949, Crosley sales had sunk dramatically to about 6,000 cars per year, thanks in part to all the US manufacturers now in full production again and demand for new cars leveling off somewhat as a result. Sales for 1950 were a little better than 1949, while 1951 was about equal to the 1950 numbers.

Nineteen fifty-two was the final full year for Crosley manufacture as sales sank to a dismal 2,075. The sedan seen here found only 216 customers in 1952, making it a particularly scarce body style for that year. 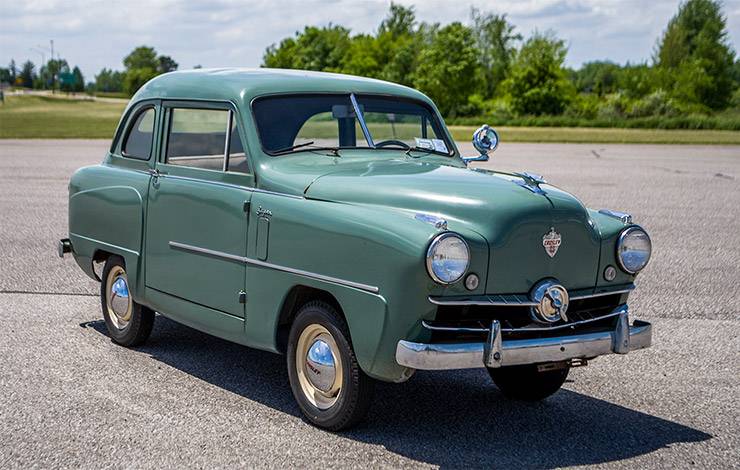 Crosleys like this one are cute little cars but are not really powerful enough or large enough to use on today’s highways.  But in those days, it was a car that would do its job of getting you wherever you need economically and comfortably. The average Crosley model got between 35 to 55 miles per gallon, thanks to its light weight.


They can be trailered to meets and displayed there where an example like this one will draw plenty of attention, as many people have never seen a Crosley. 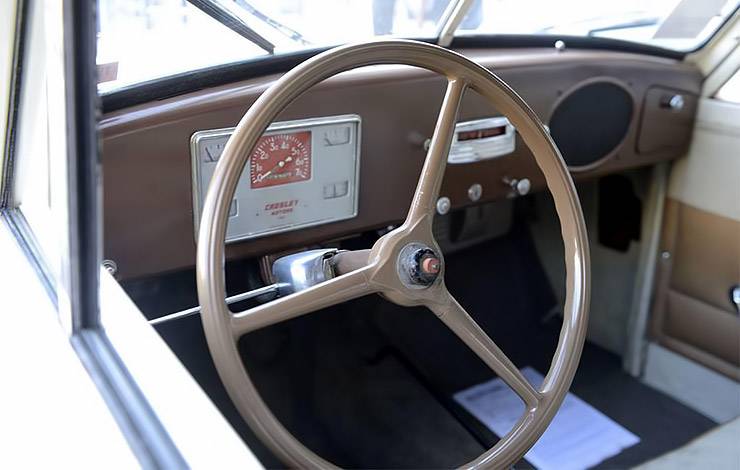 They really were America’s first truly successful small car at a time when bigger and bigger cars were the norm, and they offer collectors something a little different and a lot of fun at a cost which is still bargain-basement cheap, just like when they were new 70 years ago.

For such a small car company, Crosley did big things. They were American manufacturing rebels, and unlike all the mainstream manufacturers, they were way ahead of their time. 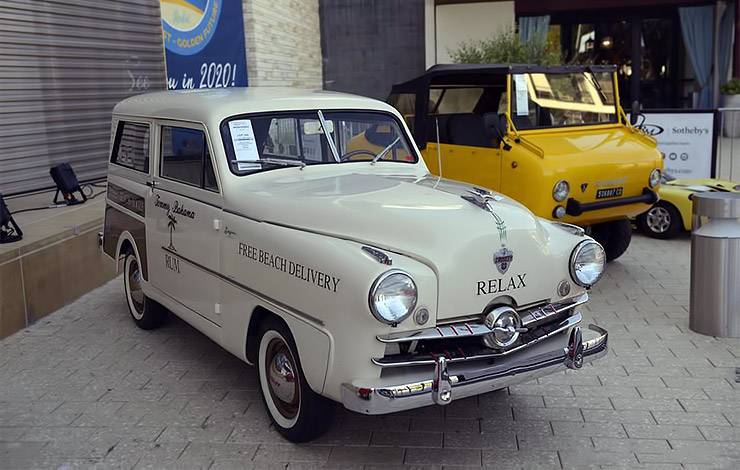