Here’s a weird police chase that went through two states and three counties to get your adrenaline pumping. 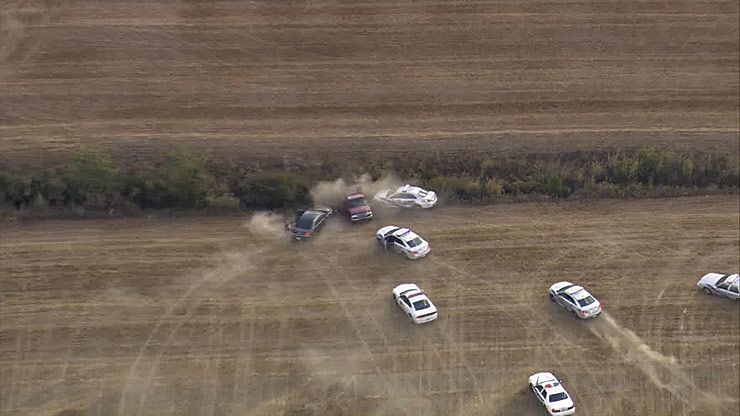 It began after police noticed that a truck that matched the truck of someone who was wanted for stealing purses from ladies who had stopped at gas stations.

Louisville Police had a hard time stopping the truck. The chase of the red pickup truck lasted at least 45 minutes.

The chase finally came to an end when the suspect, who has now been identified as Robert G. Ellis II, ran over spikes that the police had put on the road and then his red pickup was rammed by a cruiser driven by the police, when he cut across the corn field and was barricaded in by a hedge. 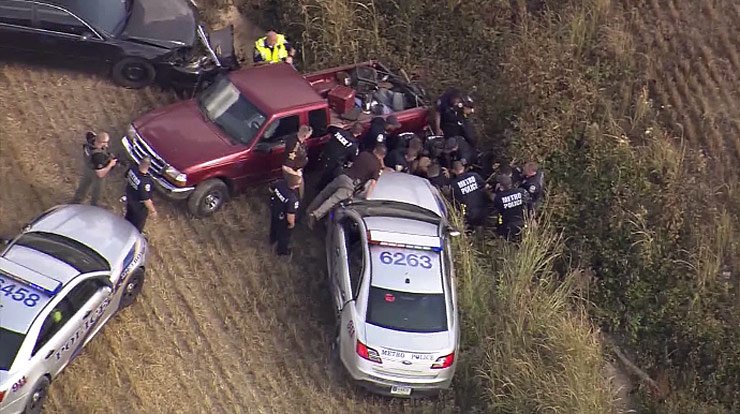 After dozens of officers surrounded him and took him to the ground, detectives then looked inside that truck. Police say they found at least a dozen purses in the suspect’s vehicle.