In 1964, Chrysler gave the world a glimpse of the future. The automaker built a fleet of turbine cars – automobiles with jet engines – and lent them out to members of the public. The fleet logged over a million miles; the exercise was a raging success.

These turbine engines would run on any flammable liquid diesel, heating oil, kerosene, tequila, even Chanel No. 5. If the cars had been mass produced, today we might have cars that do not require petroleum-derived fuels. The engine was also much simpler than the piston engine it contained far fewer moving parts and required much less maintenance. The cars had no radiators or fan belts and never needed oil changes. 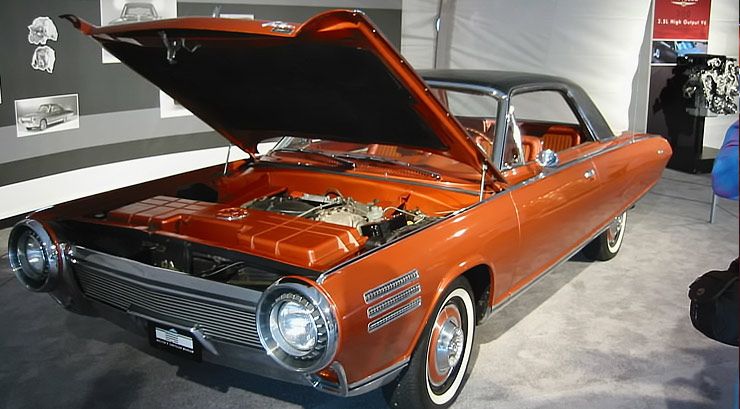 Yet Chrysler crushed and burned most of the cars two years later; the jet car’s brief glory was over.

After Chrysler finished the user program and other public displays of the cars, 46 of them were destroyed. Forty-five of the destroyed Turbines were burned and crushed at a scrap yard south of Detroit. The 46th example was destroyed at the Chrysler Chelsea Proving Grounds during a crash test study. Chrysler announced that this was necessary to avoid a stiff tariff, but that was only part of the story. The destruction of the cars was in line with the automobile industry’s practice of not selling non-production or prototype cars to the public. This practice was also later used by General Motors with its EV1. 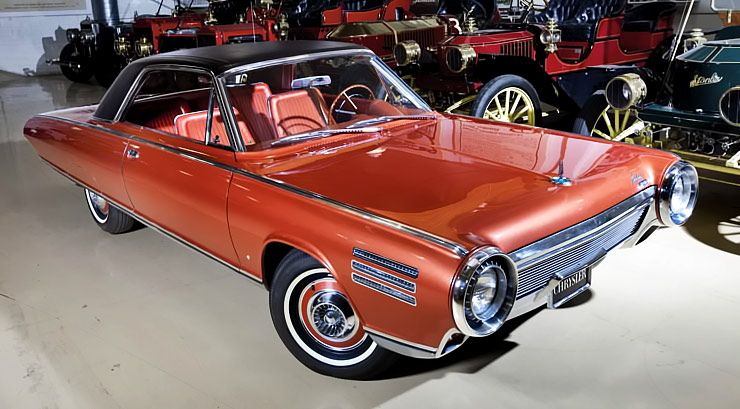 Of the remaining nine cars, six had the engines de-activated and then they were donated to museums around the country. Chrysler retained three operational turbine cars for historical reasons. One turbine car that is functional, owned by the Museum of Transportation in St. Louis, was photographed for Mopar Action magazine, and appears at car shows around the United States from time to time.

Only two Chrysler Turbine Cars are in the hands of private collectors: One was purchased by private automobile collector Frank Kleptz of Terre Haute, Indiana and is functional. Kleptz’s Turbine Car was originally donated to the former Harrah museum in Nevada and then purchased by Domino’s Pizza founder Tom Monaghan before finally being sold to Kleptz at the 1989 Antique Automobile Club of America Fall Meet at Hershey, Pennsylvania.

The second one is owned by comedian and television host Jay Leno, who purchased one of the three Chrysler Turbine Cars which had been originally retained by Chrysler. Leno wrote that:
“Most were destroyed by Chrysler for tax and liability reasons, which is a shame, because to this day everyone who rides in a Turbine says, “Whoa, this feels like the future!” You turn the key and there’s a big woosh and a complete absence of vibration… I think it’s the most collectible American car – it was so different. Most of all, the Chrysler Turbine is a reminder that all the cool stuff used to be made in the U.S. I hope it will be again.”