The star of this article is a Muroc Roadster dubbed “Magnatude”. 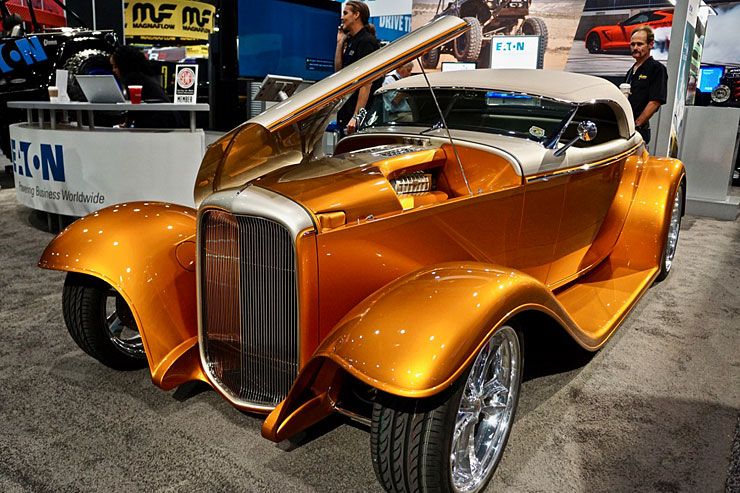 A customized 1932 Muroc roadster, Magnatude is actually a custom of an old Foose design Chip worked on in 2001. Muroc’s were steel-bodied rollers with independent suspensions that were made available for sale by Kugel Komponents.

Only 20 of this beauties were ever produced; 10 with fenders, 10 without.  The body was hand fabricated by Marcel, designed by Chip Foose with Jerry Magnuson doing a lot of the wrenching.
– 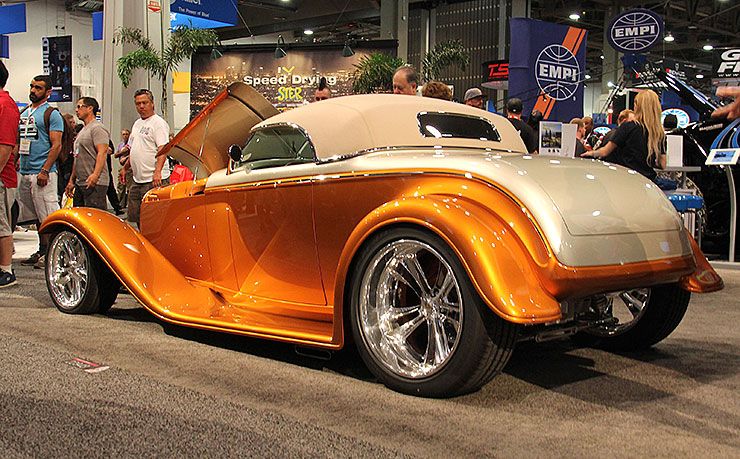 Magnuson purchased one of the 10 fendered Murocs with the intention to use it as a test vehicle for his Magnacharger supercharger program.  He and his team worked on the Roadster for six years.  At that point he turned it over to Chip Foose.

At Foose, the vehicle had its body smoothed and aligned. The suspension components and rear end were reshaped. Chip designed custom one-off wheels and the two-tone butterscotch and champagne paint scheme. 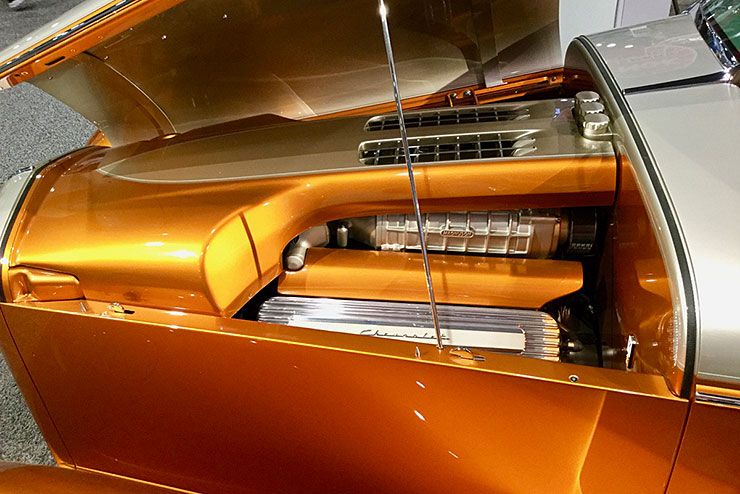 Just a few more deets on this baby:  it’s powered by an LS-1 Chevy with a intercooled Magnacharger (of course!), that’s married Tremec 6 speed which all rides on a custom Kugel chassis.  The Carson top is chopped.  Jim Griffin did upholstery with tunneled seats.  Signature styling pieces including the pedals, interior door panels and gauges all featured Muroc badging. And there are countless other subtle tricks that you just have to see for yourself. 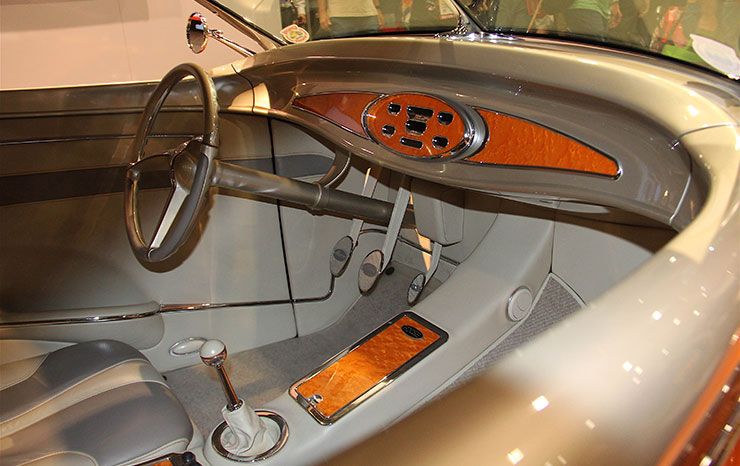 I’d have to say that collaboration really paid off, the year it debuted it won 3 GoodGuys titles! FYI that’s a record! This ride is still getting tons of attention and was a real star at this year’s SEMA show.