The Martelli Brothers and Mad Media redefined the limits of the Slingshot and crafted a new mind-bending three-wheeled experience.


In the video, Foust drives a highly modified Polaris Slingshot SL vehicle built by SlingshotX.com and custom builder SlingStreet. The vehicle sports a custom turbo-charged engine, amongst other race-inspired modifications, making this one of the best handling and most powerful Slingshots ever built. 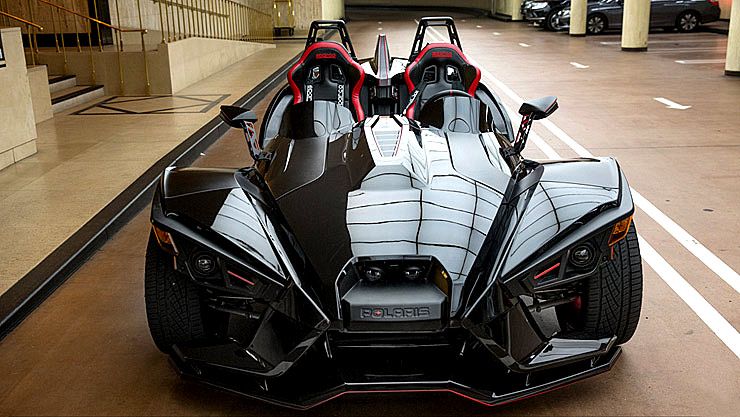 “Shooting SlingshotX was intense and I was amazed by what the vehicle could do. We pushed the vehicle to the limit in some pretty extreme locations and it handled them like a champ,” said Foust. “Polaris has created an incredibly unique machine that has been taken to another level by the team at SlingshotX.com”

The machine is equipped with a highly modified factory 2.4L GM eco-tech engine which was built from top to bottom by Sling Street. They added their premium Slingshot turbo kit and tuned the engine utilizing an AEM electronic ECU bringing the machine up to 400hp +! The engine is mated to a customized 4-speed automatic transmission with manual paddle shift setup.

“Slingshot X is pure exhilaration, testing the limits of both driver and machine,” said Craig Scanlon, vice president of Slingshot. “Tanner Foust, Mad Media and all involved have created an incredible testament to the capability of this one-of-a-kind vehicle.”

Take a ride as Tanner Foust blasts through “America’s Finest City” behind the wheel of this one-of-a-kind SlingshotX Polaris.