As the editor of Street Rodder Magazine and Content Director In Hot Rod Network, Brian Brennan has seen thousands of street rods.

But seeing is not having, and Brennan had a wish for a modern day high-tech 1929 Model A Roadster. Not one to just think about things, he put his vision into motion.
– 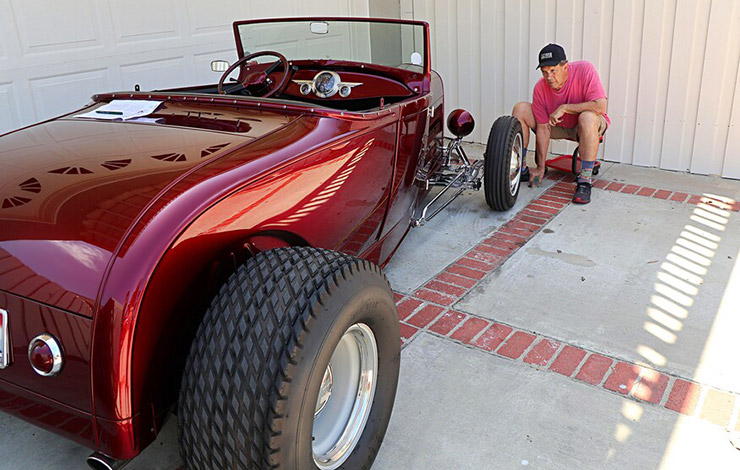 Starting with a dream, and after seven years of collecting the parts, along with two years of actual building, Brennan found himself with a high-tech 1929 Model A Roadster highboy on deuce rails. The building was done by Phoenix, AZ-based builder Dean Livermore of Hot Rods by Dean.
–

The foundation is a SO-CAL Speed Shop chassis, a Brookville ’29 roadster body. The original power train for the highboy was a combination of a GM Performance Parts 383 (hi-po) with Demon carburetor, MSD ignition, and Sanderson headers running through Magnaflow exhaust pipes and a stainless muffler. 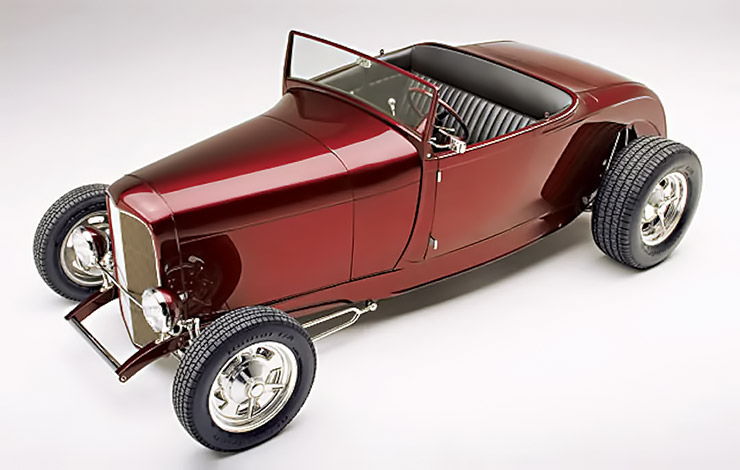 The 383 small block began its life as a 4-barrel, but it has seen changes that make it a real maximum muscle street rod. The engine evolution began in 2005 when Brennan took his newly completed car on tour from Newport Beach, CA, to the Good Guys event in Indianapolis, IN, and continued to the NSRA Street Rod Nationals in Louisville, KY. 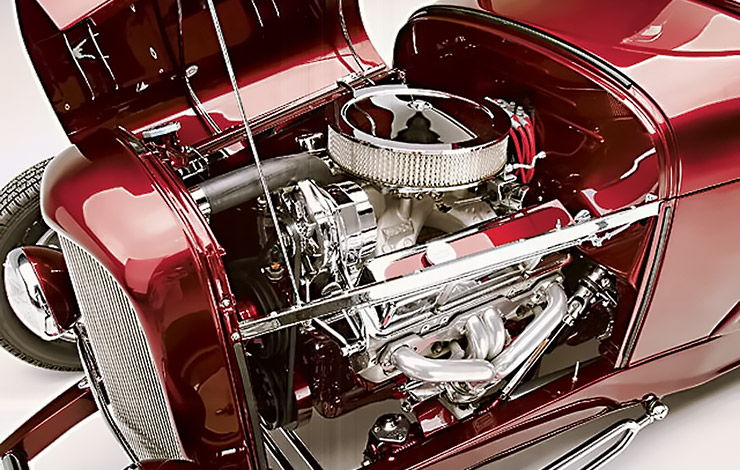 Along the way, Brennan decided to convert the 4-barrel to fuel injection, so from Louisville he headed to Memphis, TN, the home of FAST and COMP Cams. Two days later he was on his way back home with a FAST XFI Electronic Fuel Injection System installed.


The trip back to Newport Beach took two full days through 104 degree temperature and elevation changes of over 7,000 feet at Flagstaff, AZ. The trip covered 1,952 miles and Brennan reported a flawless engine performance despite the radical temperature and altitude changes. Not only did the power plant perform perfectly, with the addition of fuel injection, the fuel consumption improved. Before the installation the car was getting was getting 15 to 17 miles per gallon and after the mileage went to 17 to 20 mpg. 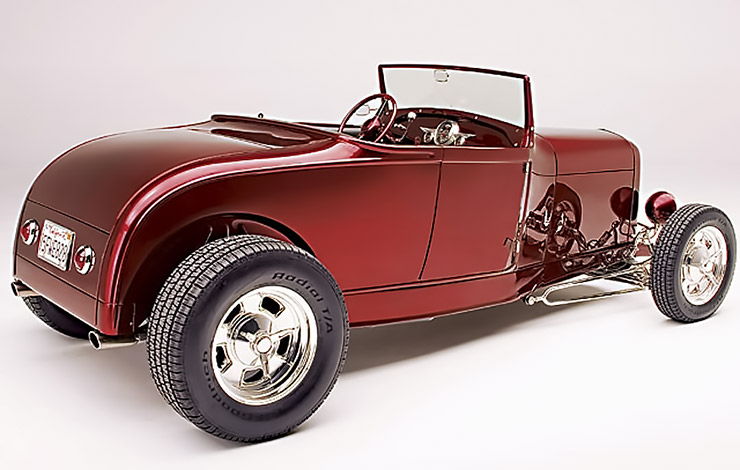 The car has a SO-CAL Step-Boxed ’32 chassis based on American Stamping rails, 107-inch wheelbase, buggy spring in back, and an angled (7 degrees) front crossmember to which a drilled and dropped aluminum Super Bell axle (and spindles) are outfitted with SO-CAL hairpins, and The Deuce Factory bat wings, perch bolts, shackles, and lower shock mounts. The springs, shackles, shock mounts, and spindles are all fitted with Teflon by Hot Rods by Dean. In back is a Currie 9-inch rear end with Pete & Jake’s Hot Rod Parts ladder-bar setup and buggy spring. 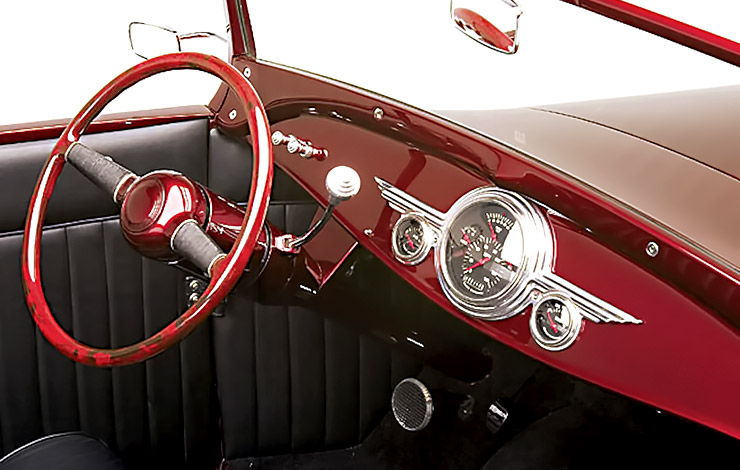 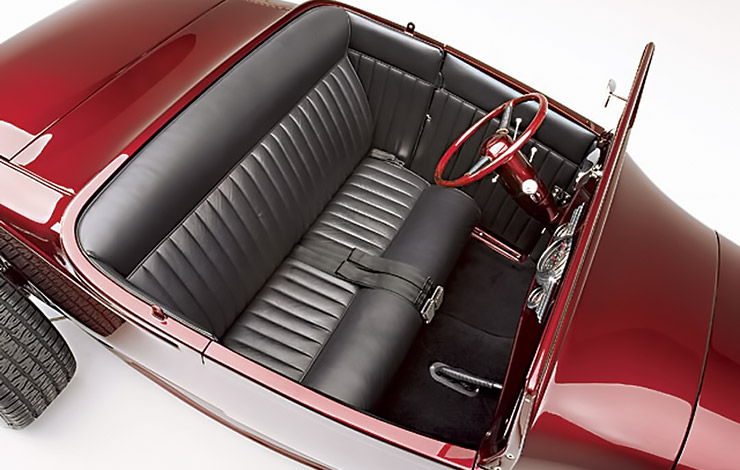