You can witness the fierce battle in one wicked bounty mud pit between David and Goliath(s): Sherp the Ultimate ATV vs Mega Trucks. 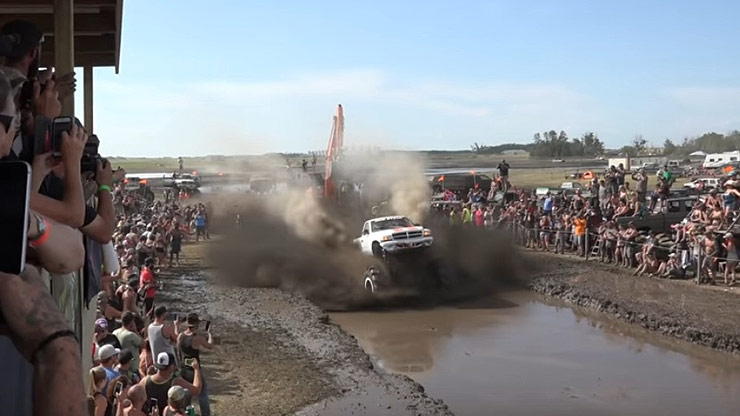 Watch the video below to see what happened at the Trucks Gone Wild event at Al Benesocky’s Filthy Red Neck Country Club!

Designed to be the final say in sloppy, frame-sucking, momentum-killing mud, the goal is simple: make it to the other side without having to yell at the dude in the trackhoe to save your sorry ass from a man-made quicksand pit that has eaten your rig. Try all you want. Bring stupid levels of horsepower, hit it fast, hit it slow…do whatever you want, but we bet that the winner is going to be sitting on a pair of metal tracks, driven by the most amused person at the show. It’s kind of like fishing to that guy, really.
– 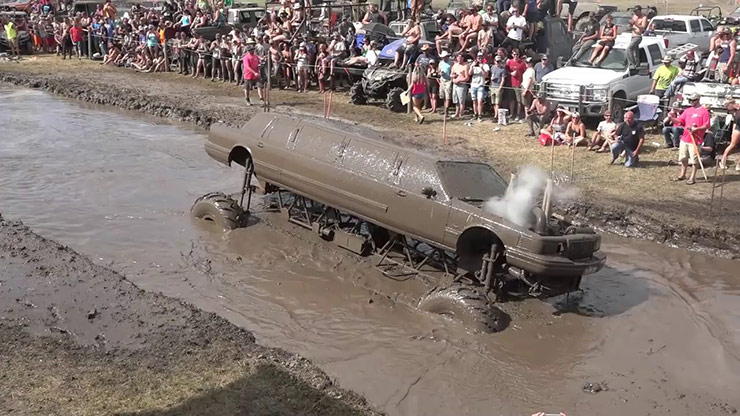 Then this little box-thing shows up. What you’re looking at is the SHERP, a Russian-built ATV that can swim and drive over just about whatever the hell it wants to; even with 44 horsepower from a Kubota four-banger turbodiesel doing it’s best to crank those wheels over. Drive it like a tank and don’t do a backflip and you’ll be the master of anything you can drive it through. We bet there were a lot of salty mega-truck owners after this little stunt went down! 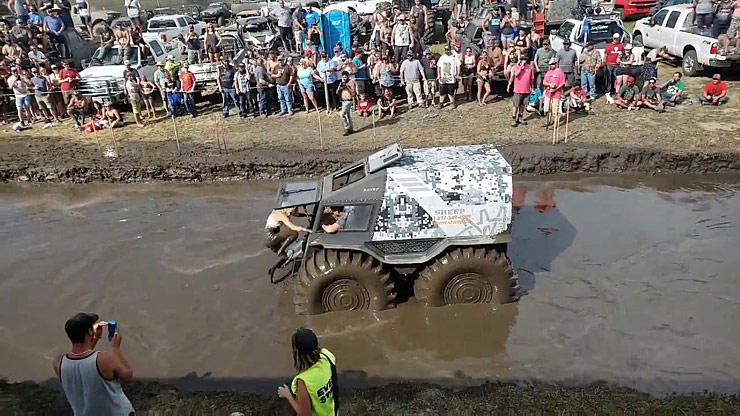 Kubota small diesel engine produces a mere 44 ponies, but the Sherp can hit 28 mph on land and about 4 mph when it dips into the water. At max fuel consumption, you could drive it non-stop for 7 days. That’s 168 hours… at the Sherp’s max speed of 28mph that covers 4,500+ miles. It’s 2,734 miles from Los Angeles to Miami Florida and back. Safe to say no matter where you decide to go off-road if you get lost, just drive it in a straight line and you will have enough fuel to eventually run into some sort of civilization.

–
Link if you’re interested for more information about SHERP
–
Source