Gas prices soared from a quarter to a dollar a gallon, and long lines formed as drivers tried to get a few precious gallons before the sign “Out of Gas” was placed on the pump.
The time was 1973 and Pontiac, who started the muscle car era in 1964 with the GTO, was singing the swan song of high performance with the introduction of the 455 Super Duty that available as an option in the Trans AM and the Firebird Formula.

Rated at 310 horsepower this power plant was all new: from the block, which featured reinforced webbing with four-bolt mains, forged steel connecting rods, special forged aluminum pistons, high lift camshaft, special intake and four-barrel carburetor and header type exhaust manifolds that poured into a dual exhaust system that emitted the better sounds than that could any thing that could be found on the radio, to the heads which were a variation of the Ram Air IV heads with 1.77 inch exhaust valves and 2.11 intake valves.
In fact it was one of the most free flowing and powerful engines that Pontiac ever produced. Many articles and reports will hammer the fact that this engine was built during the days of low compression, and compare it to the Ram Air IV. The truth is that Super Duty was faster than the 400 Ram Air IV. A quarter mile run for a 1971 Trans Am with the 400-ci V-8 was 14.8 seconds while a 1973 Super Duty Trans Am ran 13.75 seconds. If the horsepower rating methods were the same as before 1972, the rating for the 1973 Super Duty would be more like 380-hp. 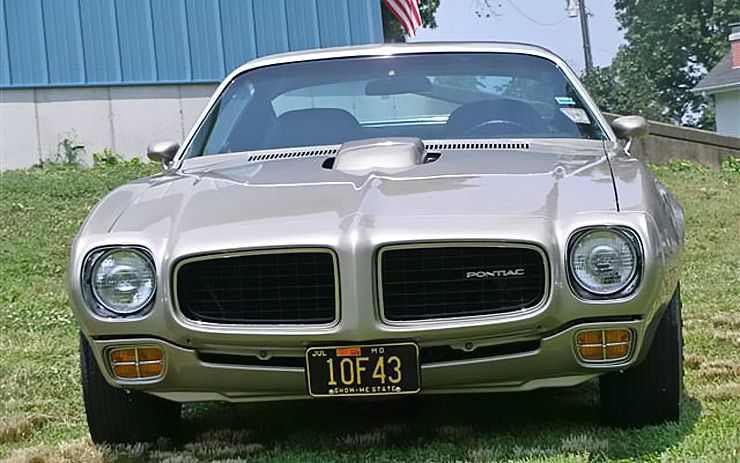 With an option price of $521.00 for the Trans Am and $675.00 for the Formula the Super Duty package was pricey one, which accounts for the low production totals. The Super Duty was only available for two years: 1973 and 1974. Of the two, the 1973 is rarer and more powerful. The 1974 is rated at 290 horsepower.
A total of 252 Trans Ams and only 43 Formulas were built with the 455 Super Duty in 1973. It is estimated that about six of the 43 still survive. And the Ascot Silver example you see here may be the only one of its kind. The example you see here is not restored but is an original Super Duty. 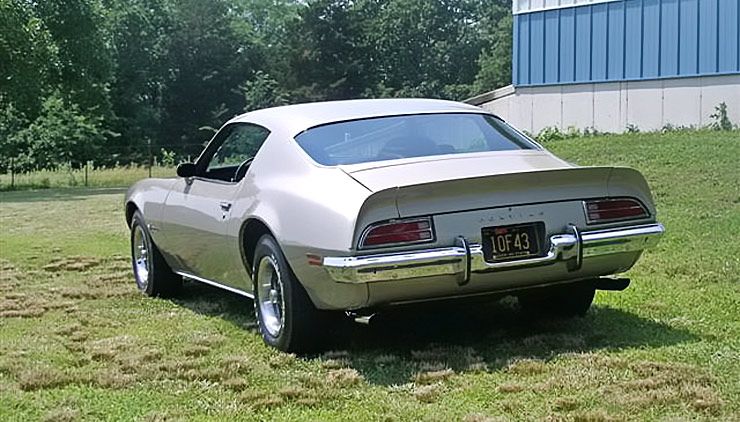 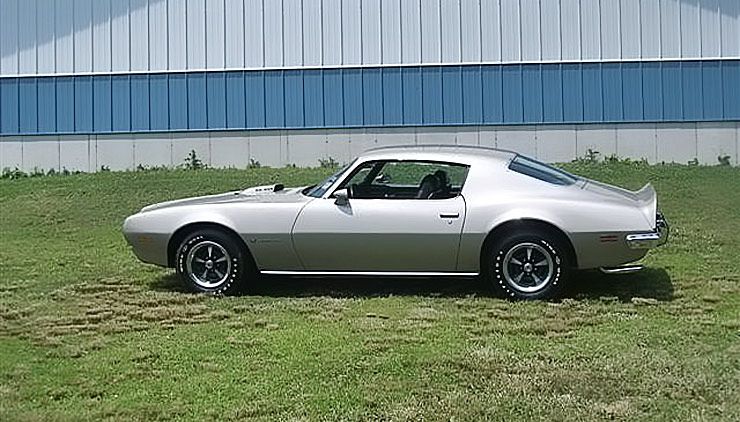 Don had worked for 33 years for Pontiac dealers as a mechanic and a salesman in both California and Illinois before retiring in Missouri. Don saw the Formula listed in a free ad paper and it was located near St. Louis. He took it on a short drive and bought it on the spot. And on the way back it drew admirers, as it still does today at any show he attends. He has taken first place at the POCI nationals every year he has attended except one, where he took second. 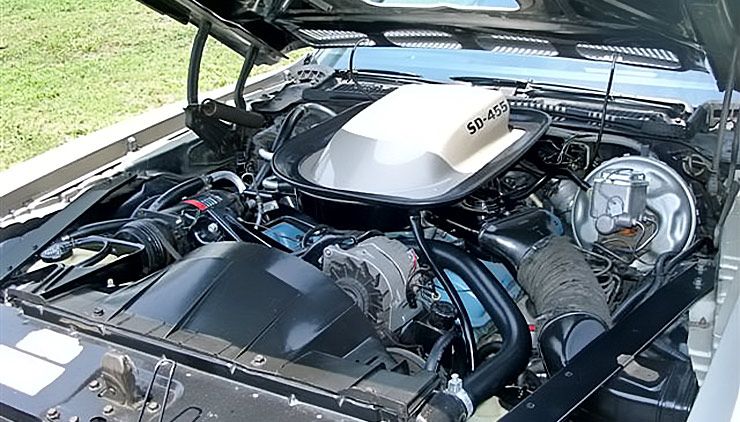 A lot of non-Pontiac fans may pass this car by thinking it is just a Trans Am wanna be with that scoop sticking up out of the hood. But that shaker scoop was part of the Super Duty package. Take a look into the engine bay: that installation was done at the factory, not in someone’s garage. Take a look in the trunk: that mat you see is the real thing, not one of the incorrect reproduction type, which Don will quickly point out if you should ask why the mat is that weird color. The meaty Firestone Wide Oval tires are not original, but are the correct type for this model and are mounted on the Rally II wheels. 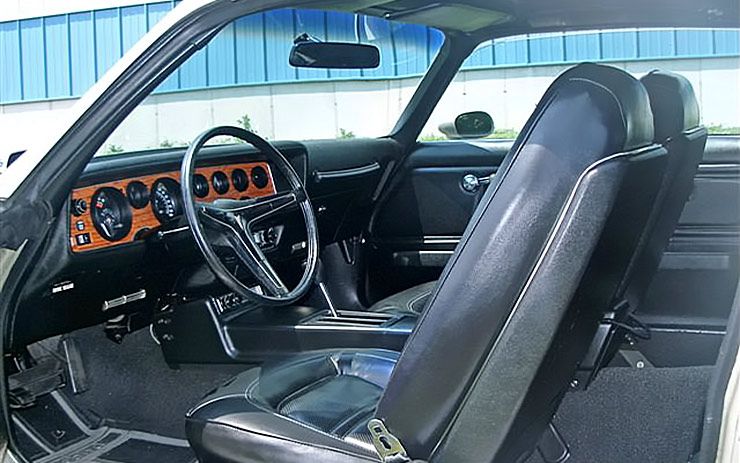 Sit down behind the wheel of this Pontiac: feel the crush of the vinyl underneath you. You turn the key and the sound of a free flowing exhaust fills your ears. A tap of the accelerator and your eyes watch the needle of the tach jump up and then settle back down again. You grab the shifter and put it in drive, the scoop shivers. Its 1973 again. What’s that up ahead? A gas station. You pull in. A 2 dollars a gallon. You look at the attendant “Fill er up” You say. “I’m cruising tonight.”

Below is the 1973 Pontiac Firebird 455 Super Duty Trans Am Factory Video… Sorry for the poor quality, but that video is just as rare as the car.

In 1959, the Pontiac Catalina was an “entry-level”