The General Motors 1955 vintage automobile that introduced the small block Chevrolet engine to the world in the fall of 1954 is still exciting today. 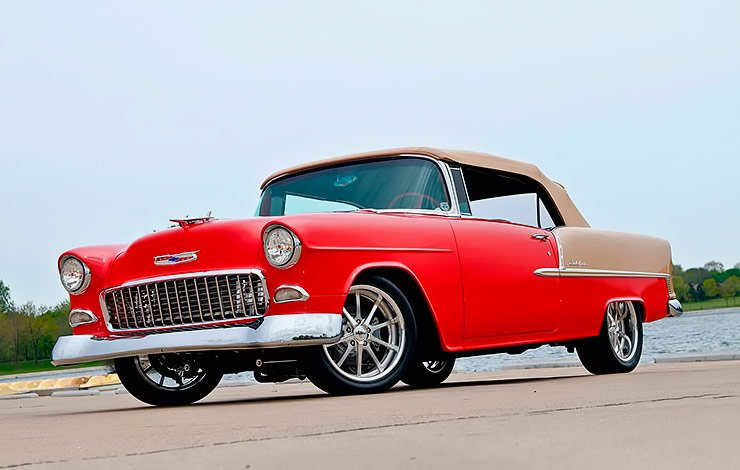 Iconic in every sense, the 1955 Chevy draws attention from even the most casual spectator. My wife occasionally notices cool cars (there is no way I would call her a “car person”), yet her high school yearbook description included the fact that she likes ’55 Chevys. Though “universal appeal” might be a stretch, the ’55 Chevy certainly possesses a strong following.

The ’55 Chevy looks great no matter how you slice it … bone stock, street/strip, pro touring, pro street, and straight axle gasser styles have been executed with precision. Nomads are highly sought after, the sedan delivery cars are evil, and even the pedestrian ’55 wagons are project car gold mines.
– 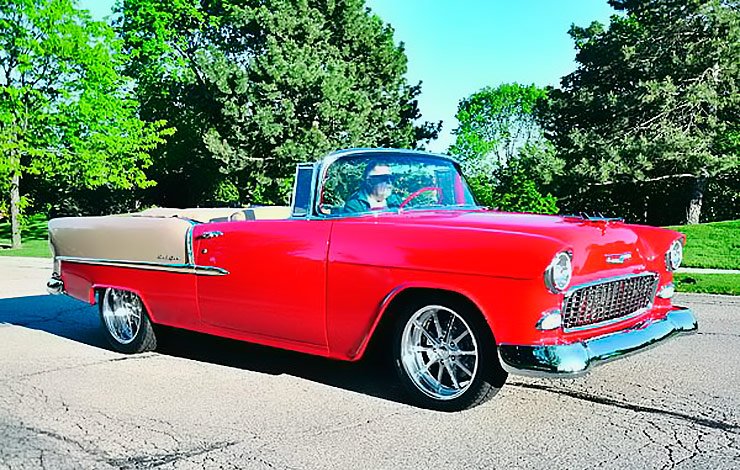 Bill Collopy is a Chevy guy from the Chicagoland area who has built a number of fine bowtie hot rods over the years. Bill wanted a “better” ’55 Chevy and he is one of those guys who is always working on something, while simultaneously dreaming up the next one. Bill had an idea for an ultimate, no-holds-barred build for a ’55 Chevy Bel Air convertible. He wanted to build a ’55 Chevy that would incorporate all of the best equipment available from the aftermarket while maintaining the classic lines of the timeless ’55 Chevy.

He already had a good handle on the local automotive talent who could help him achieve his goal. With the vision and the right people in place, it was time to locate a suitable recipient. Bill purchased a very nice ’55 Bel Air convertible, which, frankly, most would have left alone and enjoyed. As purchased, Bill’s “new” droptop looked great, had the typical red and white two-tone paint job, cool wheels, and a very strong small block motor. But in Bill’s hands, this ’55 was now destined for a major renovation. 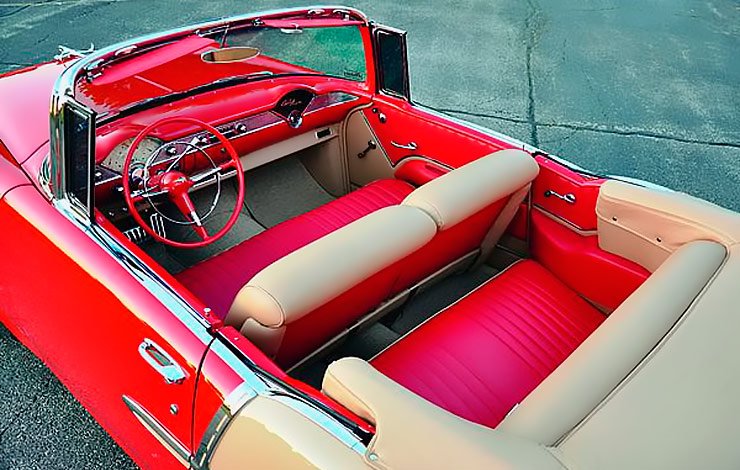 Bill sent the car to Kevin Fielder and Joe Miller at Nostalgic Auto Body in Island Lake, Illinois. Nostalgic completely dismantled the car and perfected the panels. From that clean slate, Fielder and Miller made subtle changes to the body to make it as smooth as possible without eliminating the lines and trim of the ’55 Bel Air. The car is laser straight and gapped to perfection. 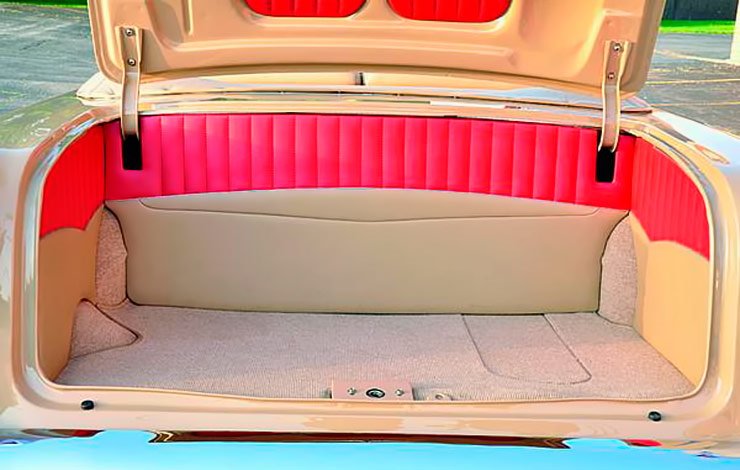 READ THE REST OF THE STORY ON THE NEXT PAGE