MOPAR OR NOCAR — Bill Watkins knows all about it. 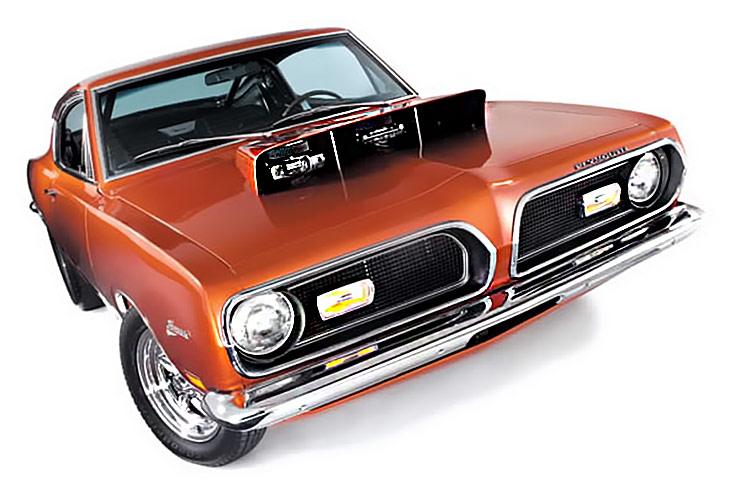 The prospect of plying the Interstate shoulders on his sneakers was not on Bill’s “10 Most Fun things You can Do With Your Clothes On” list. A ’69 green 318/ auto Barracuda quickly filled Bill’s bill for basic transportation. Basically a solid car, it did have some rust around the rear window that the seller had fixed (sort of). The Barracuda served Bill well in stock trim, but Bill’s the kind of guy where “stock” gets boring fast.

So Bill did want everyone else did in 1971—he went for wheels and tires. Back then, the only wheels that would fit, according to Bill, were Ansen Sprints and Cragars. Bill liked the latter, but with the small 4-inch bolt pattern they looked kind of funny. So he went with the Ansens.
–
The Ansens got boring after a while, so Bill sold them, picked up wheel adapters and was able to mount full size Cragars. Now his car looked cool, but not cool enough. A trip to the local Chrysler dealer saw Bill walking out the door packing a Super Stock hood scoop. This bolted to his stock hood with nutserts. Still not cool enough, so Bill cut the hood to make the scoop functional. A set of chrome valve covers and Bill was satisfied driving the car for 6 months before he got drafted.
– 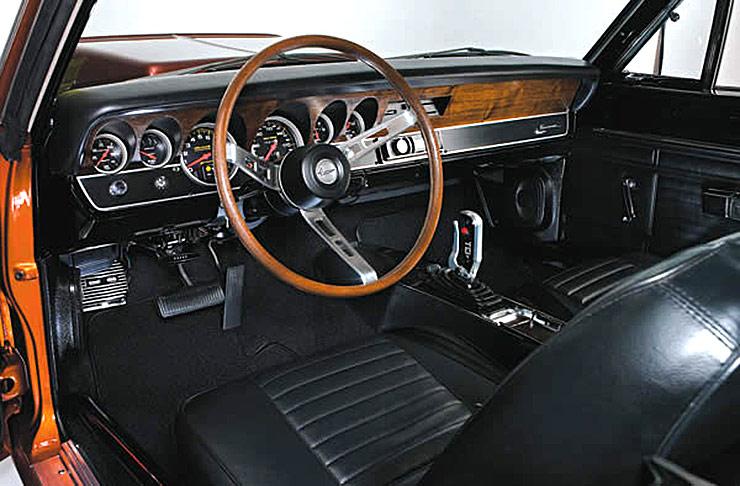 The ’Cuda sat in Bill’s parents’ barn for two years while he served his country. When he got out, Bill got married to a girl who owned a Camaro. His plans for the ’Cuda at that stage was to drop in a 383 and give it a flashy mint green pearl paintjob—a task he entrusted to one of his buds. The paint took a year and a half, and when Bill came to look at it he saw a white car.

“I thought it was supposed to be green.”
“Yeah, it has green flip-flop.”
“All I see is white.”
“You’re looking at the flip, the flop is green.”

Well, that sounded like a load of horseshit to Bill, but his bud let him pick out a dark AMC green to highlight the top edge of fender, behind the C-pillar, along the bottom and a stripe down the center of the hood—all blended it in so there were no sharp edges. It contrasted well with the flip side of the paint and the stock green interior.

Another bud built Bill a 12:1 383 4-Bbl with 906 heads and a .510ʺ lift cam. The mill was backed with a T-Flite and an 83/4 with 4.10 gears. That ran pretty good until 1978 when Bill decided he needed more pizazz in the form of a crossram intake. Bill picked up a long ram setup that someone had tried to fit to something. It was a butcher job and the manifold ended up as a worthless piece of junk—maybe to other guys, like the flip-flop painter, but not to Bill. He had vision. He had tools. 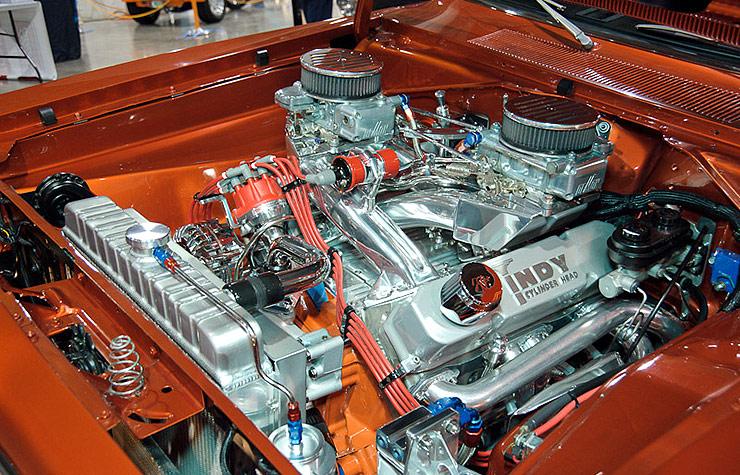 He had aluminum. He had beer. He had time on his hands. Bill cut the runners to a 15-inch length. He fab’d up a wood buck and mounted heads on that and mocked up the intake to the heads. He then cut 1/8ʺ aluminum plate to finish his home-brewed mockup, holding everything in place with duct tape. He carried the whole shebang to a welder to finish the job and make it functional. 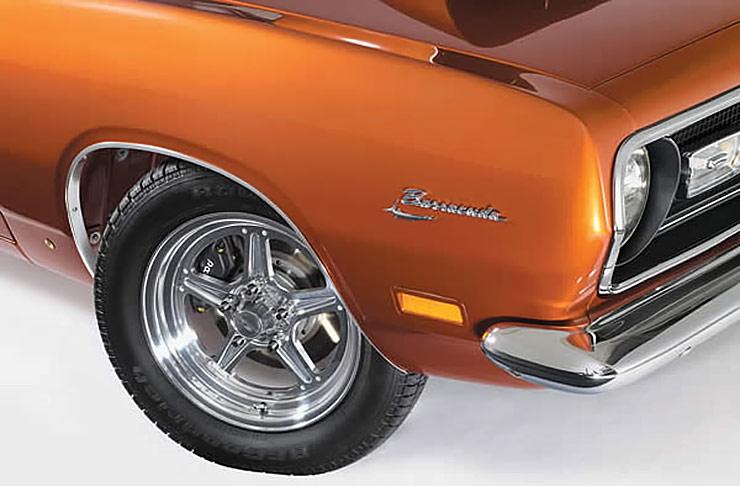 Bill ran the induction initially with a pair of AFBs off a ’66 383, eventually replaced with the street Demon Jr. 625 cfm carbs that are on there now. He added a 10ʺ hi-stall converter and manual valve body to the T-Flite that’s beefed with heavy duty clutches and bands. Bill installed a set of Super Stock springs that he had to relocate as they were 2 inches longer than stock. He used the early springs that have a flatter arch so the rear wouldn’t be up in the air. The springs and a pinion snubber were the extent of the chassis mods, and he ran the ’Cuda like that until the early ’80s.

Read the rest of the story on the NEXT PAGE