This custom bagged Harley creates a whole new way to look at Harley’s!

When you think about stunts, unless you go back to the days of Evel Knievel, Harley Davidsons aren’t exactly the rides that come to mind for most of us, but don’t tell this guy that. 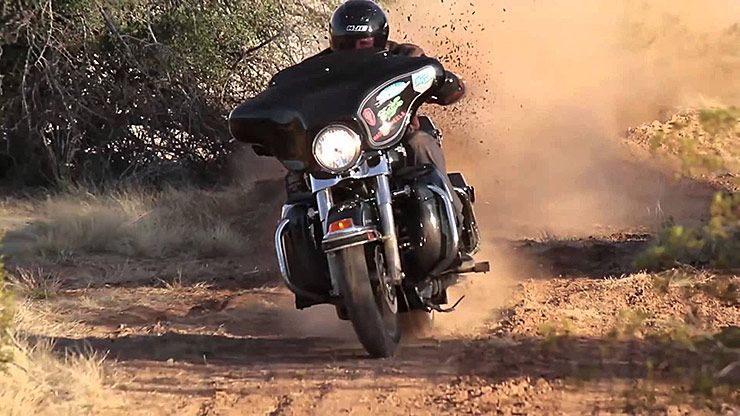 John Shope and his buds completely re imagined the Harley and decided to make the bike not only something you could look badass on, but also something that could perform stunts and fully and completely dominate the streets.

After traversing the aqueduct, John heads up to a dirt road, slinging a rooster tail of dust high in the air as he drifts along the dusty trail, showing his amazing control of the massive bike. That was nuts. He gives a whole new definition to this lazy rider bike. 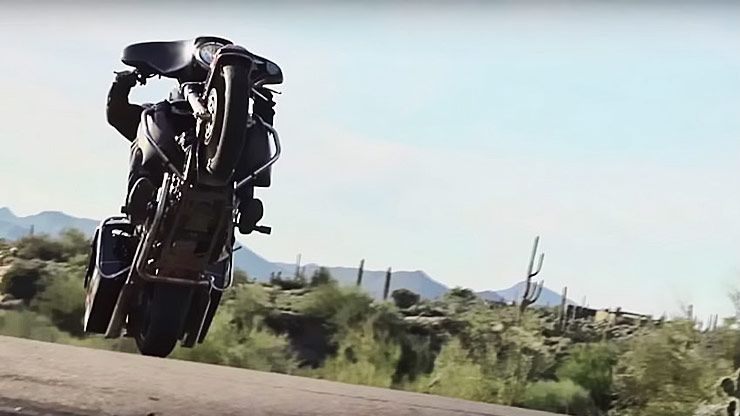 He then heads back to more standard travel thoroughfares, hitting the roadway and letting the Bagger eat, popping a couple of wheelies as the MPH climbs to what looks to be triple digit speeds. Whipping around a corner in the road, John stands the bike on its rear wheel and walks out a long wheel stand before sitting the front end back down.

Video below offers nonstop thrilling motorcycle action that you do not want to miss out on! Watch John ride a Harley-Davidson Ultra Classic like you have never seen before.