It looks like human is riding a bike but it is a robot. A feature of this robot is, it pedals the bike with its own feet and keep its balance just by using the handlebars.

Developed by japanese roboticist Masahiko Yamaguchi (‘Dr. Guero’), ‘Primer V2′ is a robotic bicyclist who may be the world’s first to ride its miniature fixed gear bike in exactly the same manner as a human: cycling on the pedals, maintaining its own balance via steering. 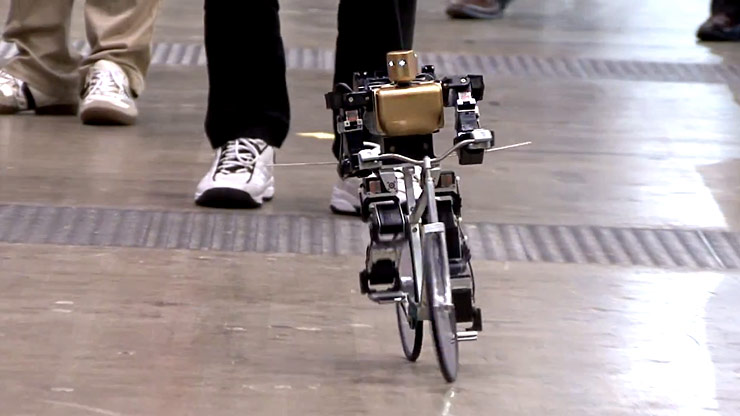 The robotbike rider can reach speeds of 6 mph and rides its bike in a manner very similar to its human counterparts. Watching the video of the robot in action, the only area that seems a little tricky, and something that an operator has to practice to learn, is the takeoff procedure. It is a pretty complicated action as the robot has to push off with one foot, and press down on the pedal with the other.

Another difficult trick is to stop the machine – the hardest is to get the robot to squeeze the legs to the ground, and everything else is done very simply, it’s about the same as that to ride a bike. Turning the bike is achieved like one would expect, by turning the handlebars and a bit of leaning on the robots part. 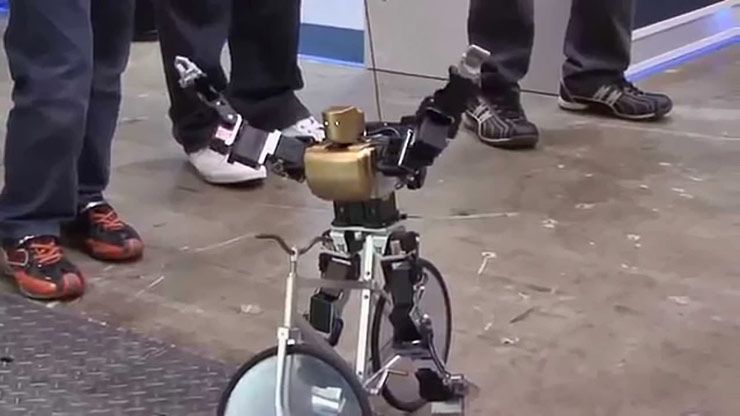 At present, the robot’s direction is controlled via remote control, but Yamaguchi notes: “I’m interested in artificial intelligence, and in that context, i think intelligence and skills have equal value. My purpose in creating this robot was to pursue intelligence from the skills side, but in the future i’d like to link this robot’s skill to its intelligence. I personally don’t like using a remote control for the robot. I’d like to make the robot intelligent enough to ride by itself. This system is the first step toward doing that.”

Here is a video with this cool robot that can ride a bicycle like a pro.