During the Depression, anyone with a few bucks could be a car manufacturer.

This intriguing automobile was the brainchild of Paul M. Lewis, who first drew up the sketches for a simple, inexpensive (he was aiming in the $300 price range) and safe automobile in 1934. He got the idea for this three-wheeled, front-wheel-drive with a 4-cylinder sleeve-valve engine. 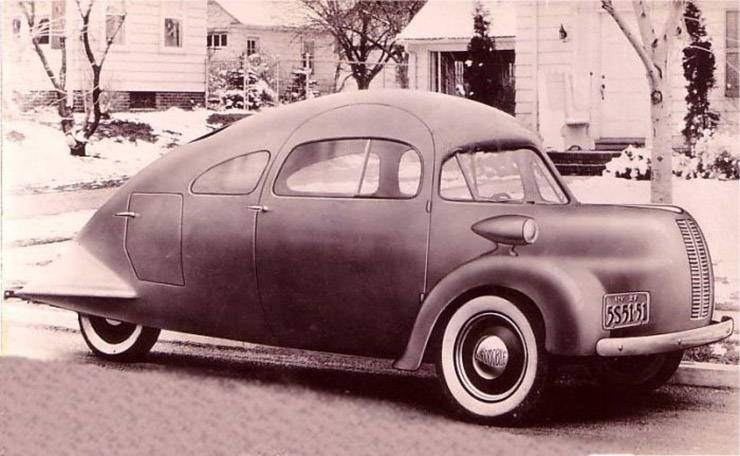 His idea was a 3 wheeler, why? A firm proponent of the three-wheel design, Lewis touted the fact that a three-wheeler’s frame would be subjected to far less torsional forces over rough roads and terrain than would a traditional four-wheel frame design. The three-wheel design met his needs for streamlining and that means less bracing and therefore makes it cheaper to build.

He got Tom Tjaarda (Lincoln Zephyr designer) to do a scale model and Carl T. Doman and Ed Marks, former engineers with the Franklin Automobile Company, who had formed the Doman-Marks Engine Company to build a prototype.
–
Though the Airomobile would never progress past the prototype stage, the engine that Doman-Marks designed for it, a horizontally-opposed, overhead-valve, air-cooled four-cylinder would later find its way into a variety of light planes, with six-cylinder versions appearing in a variety of truck lines. Though Doman-Marks wasn’t completely sold on the three-wheel theme, they honored Lewis’ vision and built it according to his initial specifications, though alternative arrangement studies were considered which included rear-mounted engines on four-wheel platforms.
– 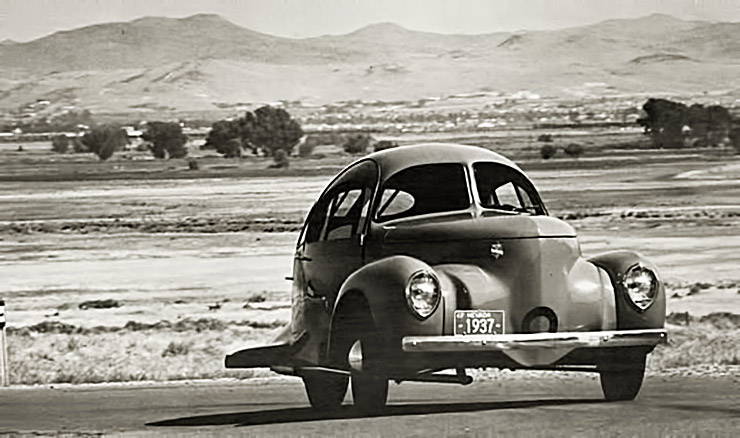 The front-drive, front-engine configuration created packaging problems and required constant velocity joints of Citroen design to be used, after being modified by Spicer. After most of the packaging issues were settled and the frame and body were completed, Doman-Marks presented the car to Lewis, though extensive troubleshooting remained to be done. Steering, suspension and shifting were problematic, but after working out all the bugs, in April 1937 the Airomobile was officially given over to Lewis. It features an air-cooled 4 cylinder 60 hp, 129.9 cid engine. The car weighs only 2200 pounds. 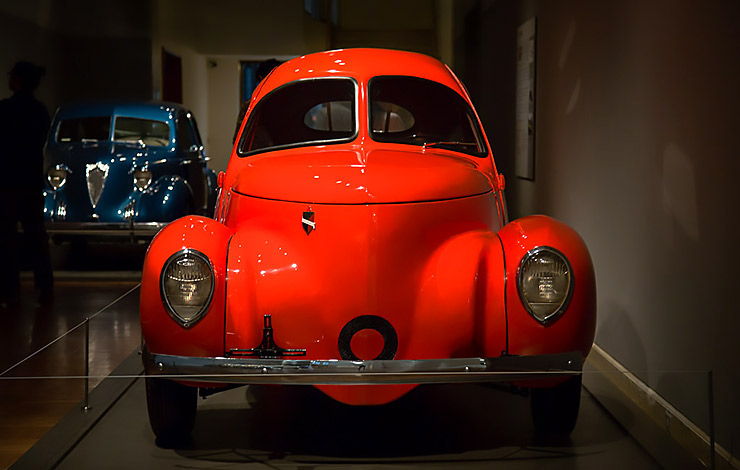 Powered by an air-cooled flat-four, this car was taken on a promotional tour by Mr. Lewis, who reported no major problems in 45.000 miles. A minor problem one rainy day in Indianapolis trapped the single rear wheel in a trolley track where the driver couldn’t get out. 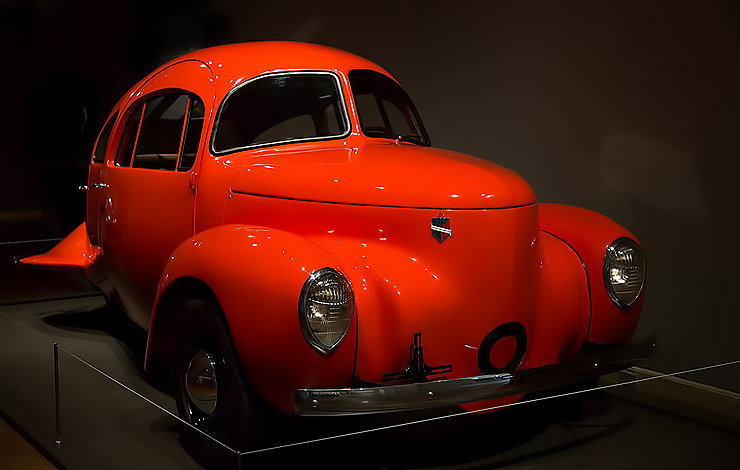 So what became of Lewis’ vision? Like many idealists who were involved in the automotive industry in the immediate prewar years, the war disrupted any plans for mass production. Some changes were made to the front-end design of the Airomobile, it initially had a tall, thin slatted grille on a pointed nose with bullet-style headlights atop each fender. This configuration was changed in 1938 for the nose the car appears with in these photos.


While the Airomobile proved itself a technical success by performing creditably at speeds of up to 80 mph and averaging 43.6 mpg of fuel, it failed to attract financial backing. Although intended as a low-cost, mass-produced people’s car, this was the only Airomobile built. Mr. Lewis’ idea reached a total production of one—the $25.000 prototype (about $1.25 million in today’s dollars). 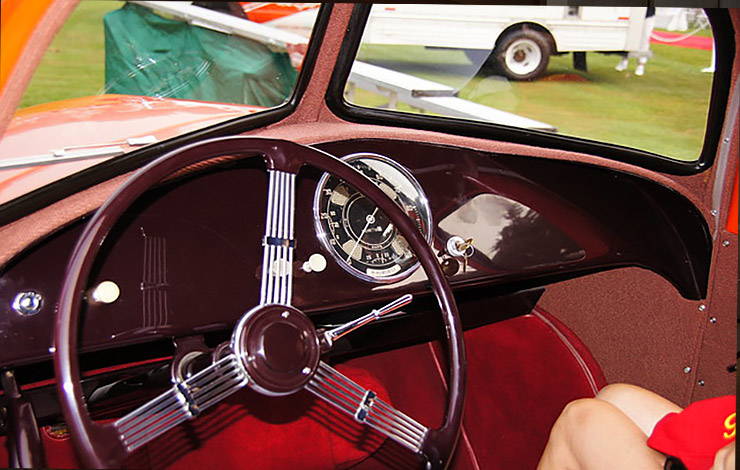 The Airomobile can be found in the National Automobile Museum in Reno. 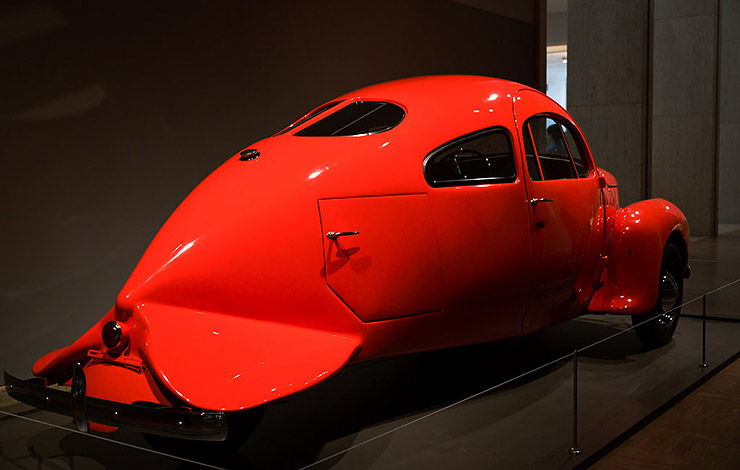