To many, the styling of the 1967 Super Sport Chevelle was about as good as it got. Just sitting there, those smooth lines speak of flashing speed.

It was basically an update of the ’66 model with a single horizontal bar grille.  On the rear of the car, the taillights were relocated in fender caps on the backs of the rear quarters.


On the current national auction blocks, these models are extremely popular drawing huge figures, especially those with the high-performance powerplants.  And this ’67 hardtop is certainly one of those desired machines with a the top-gun L78 375 horse version of the vaunted 396cid powerplant.
Oh yea, it’s the original engine.
Having one of those powerhouse engines is normally as good as it gets, but with the ’67 model, it’s even better because there were only 612 built, far less than the thousands that were built in 1966. For some reason, the L78 was left off the literature. It came down that the only way you even knew about it was if your salesman knew about the misprint.

With that 375 horse rating, the current values of this machine jump skyward. It makes that peak value at 5600rpm and interestingly has the same 415 pound-feet of torque as the 350 horse version. However, its 11-1 compression ration was .75 higher than the other two versions. 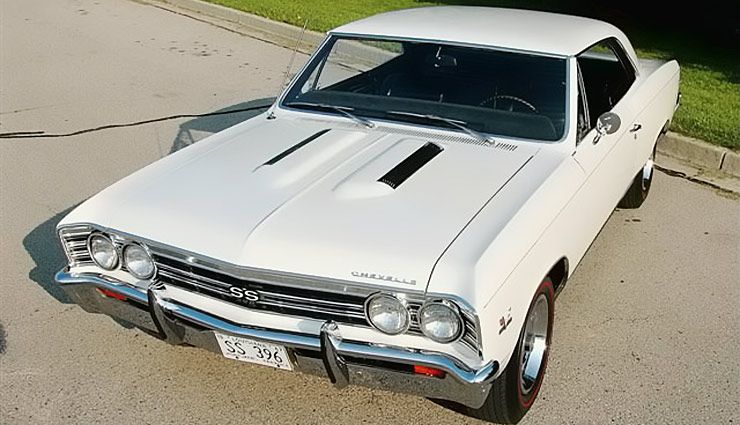 Laning reminded that the L78 possessed a solid-lifter cam and rectangular ported heads. “It also used the 780cfm Holley carb where the other versions sported the Rochester Carb,” Frank, the owner, explained.

Whoever bought this particular Chevelle must have had drag racing in mind as it’s got the fully-synchronized close-ratio four speed and a 3.73 posi 12-bolt rear end.

“But from when I can figure, I don’t think it’s ever been drag raced. Didn’t see any evidance of it, and I’ll let you know that I’m certainly not going to do it. But in this trim, I think it would be capable of getting into the 13-second range and maybe the high-12s with slicks.”

Laning acquired this heavy hauler in 1990 sporting a restoration process that was about 50 percent complete. “The previous owner had just painted it, but had lost interest in the project. The engine was not running when I acquired the car requiring me to completely redo it.  I also restored the interior and trim work,” he added. 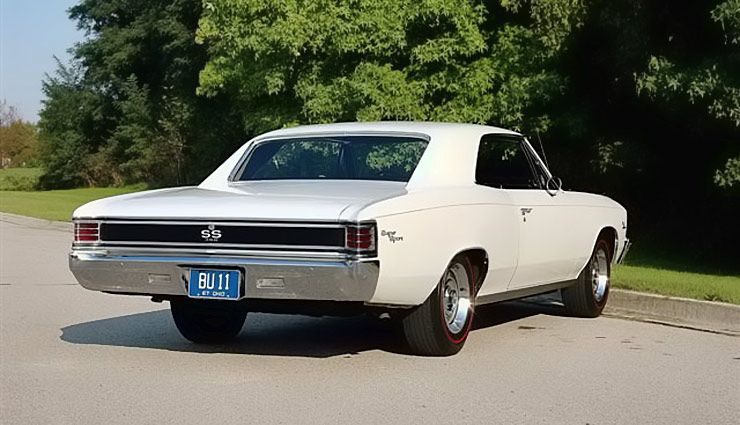 The owner added that he got a great deal in the purchase of the vintage Super Sport, but he said that you had to remember that he didn’t know how much work the engine was going to require to bring it to running condition.

The restoration was completed in 1991. It was truly amazing to learn that this super-high quality restoration is 25 years old!

That unexpected color, by the way, is a rare Ermine White where the majority of these models sported bright reds, blues or black colors.

“Actually, I was looking for a Granada Gold one, but just couldn’t find one,” he indicated. “But you know, I really like this color now.  Sure gets a lot of attention at the car shows and I am often asked if this was the original color, which it was.” 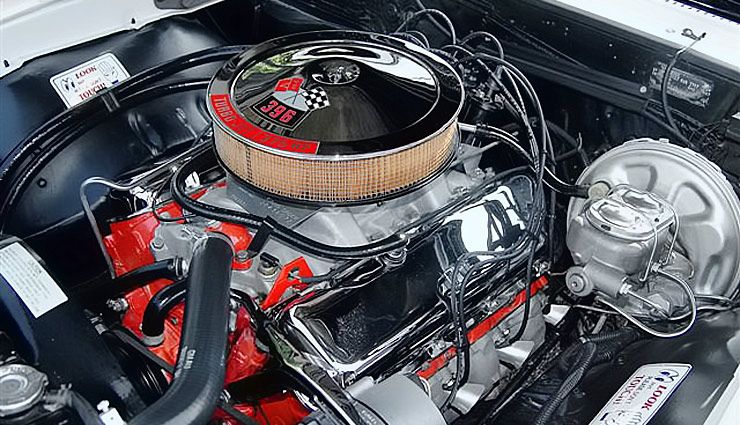 There were numerous options on this brutish Bowtie machine with a Temperature Controlled Fan, Front Bumper Guards, and front power disc brakes which include the Rally-type slotted sport wheels which this example carries on all four corners. Inside features include the Strato-Bucket Front Seats, Center Console, Sports-Styled Steering Wheel, and Pushbutton AM Radio.

While a vast majority of this car is totally correct, Frank will admit to a slight deviation from factory specs with the addition of modern stock appearing Stewart-Warner gauges.  “Hey, I need to keep track of the operation of that big engine sitting out there in front of me.”

Thus far, there have been no trips to national events where you can bet that it would score high in the points. It does have its share of trophies in local shows.
“Heck, I have as much fun driving it as displaying it at car shows. Frank laughed when he revealed, “Heck, if I had known how the values of these big block models would take off, I would have bought all I could have found back when I got this one!” While I was conversing with Carrie Pedersen from