Hennessy is about performance and speed but this time they done something a little crazy and it’s called the Velociraptor.

Two extra wheels and a whole lot more horsepower make Hennessey’s latest creation the most ‘Murica truck in this moment. Based on the 2018 Ford Raptor truck, the team from Hennessey transforms the Raptor into a 6-wheel drive off-road vehicle.
– 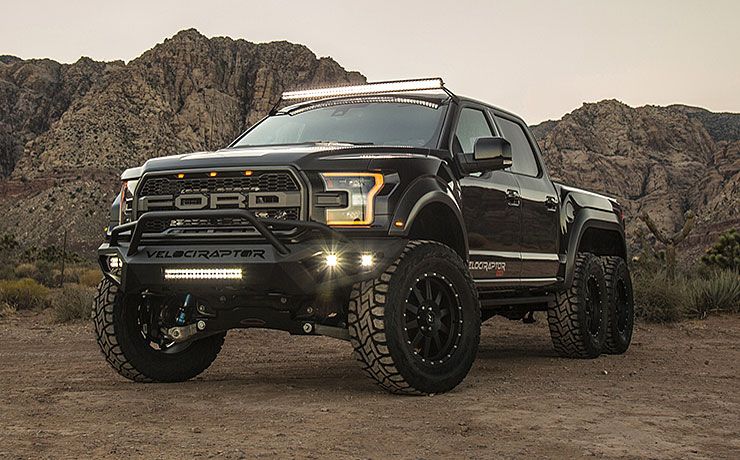 Under the hood still has the 3.5 liter EcoBoost engine, but they modified and tuned it to the point where it’s really putting out tons of power and torque. Twin turbocharged engine knocking out 605 horsepower and 622 pound-feet of torque. Thanks to a mega turbo boost, Velociraptor can scoot to 60 miles an hour in 4.9 seconds.

It’s got about a 10 inch lift all the way around, upgraded 20-inch wheels wearing 37 inch Toyo off-road tires, custom front and rear bumpers, roll bar and all the LED lights you could ever need. Two rear drive shafts, two axles; one set of leaf springs that control those axles along with drag links on the front and the rear, Fox Racing shocks and a very impressive 8-foot bed to make this probably one of the most unique pickups available.
– 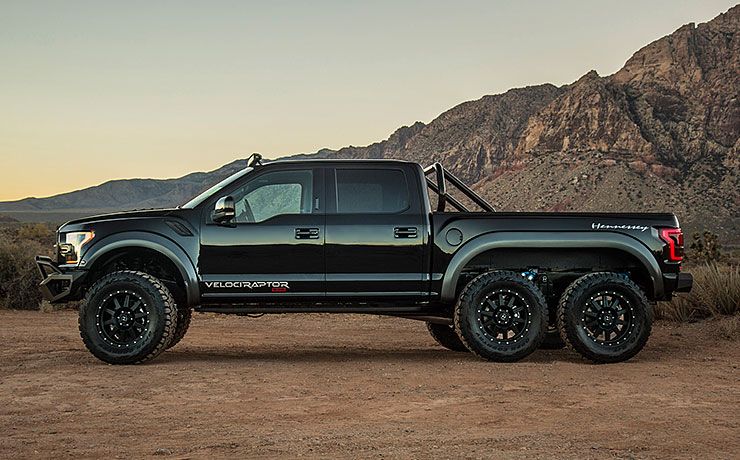 The cost? How does a cool $349,000 sound to ya? Unless you want upgraded six-caliper Brembo brake system which costs you another $22,000. Now if you’re going to play in this area then you better have a lot of money, but you know you’re going to have something very unique. 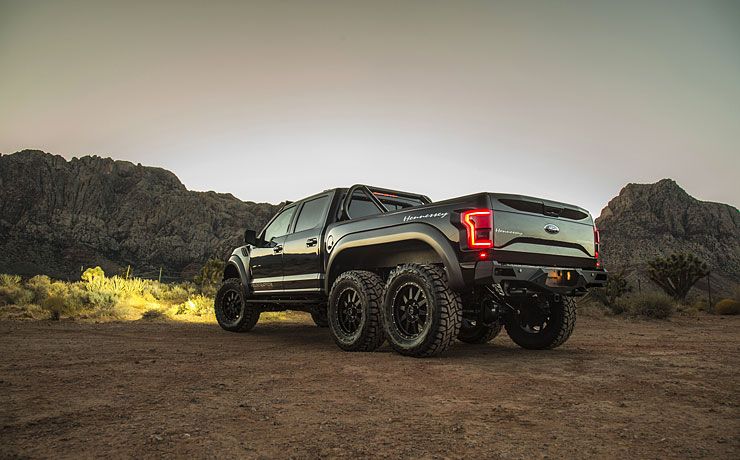 In fact Hennessey says that only 50 are planned for the U.S. and another 50 for overseas buyers, so it’s going to be very exclusive. This is going to be a very small private club you get to be a part of, if you can afford something like this.