A diesel-powered support vehicle that acts as first responder and safety hero? 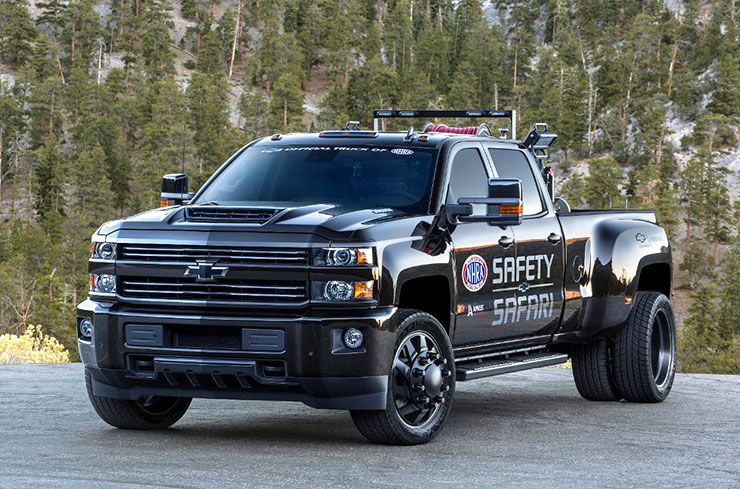 That’s the idea behind the NHRA Safety Safari concept Silverado that Chevy built. The 2018 truck features the 6.6L Duramax and is how Chevy imagines a support vehicle could be with onboard fire-suppression system, rescue equipment, strobe lighting, shovels, jacks, and more.

The USA-based National Hot Rod Association (NHRA) Safety Safari first formed in the 1950s to educate amateur racers on how to set up a safe drag race, but it’s morphed into a first-line safety team for the NHRA Mello Yellow series. Its duties include inspecting and prepping the track before an event and assisting with firefighting and other safety-related tasks during the race. 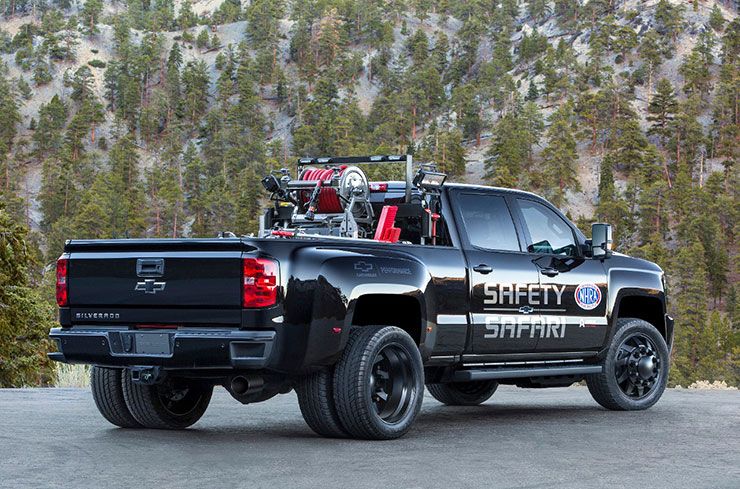 The concept vehicle has some elements from the 2018 Silverado Midnight Edition production vehicles, including a black exterior, black bumpers, power-adjustable and heated trailering mirrors and a black mesh grille with chrome bars and 22-inch black wheels with 305/45LT22 tires. Other upgrades include a modified replacement hood and elaborate graphics package.

It’s equipped with a fire suppression system and other conceivable tool a safety crew would need to rescue a racing driver after a crash – including a “jaws of life” device. The concept safety vehicle is powered by the Silverado’s Duramax 6.6L turbo-diesel engine, which offers 445 horsepower and 910 lb-ft of torque. 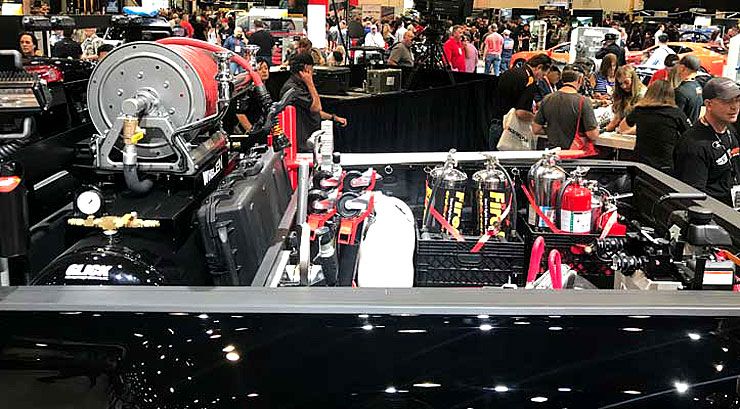