Does anyone remember the Pontiac Firebird Type K station wagon? 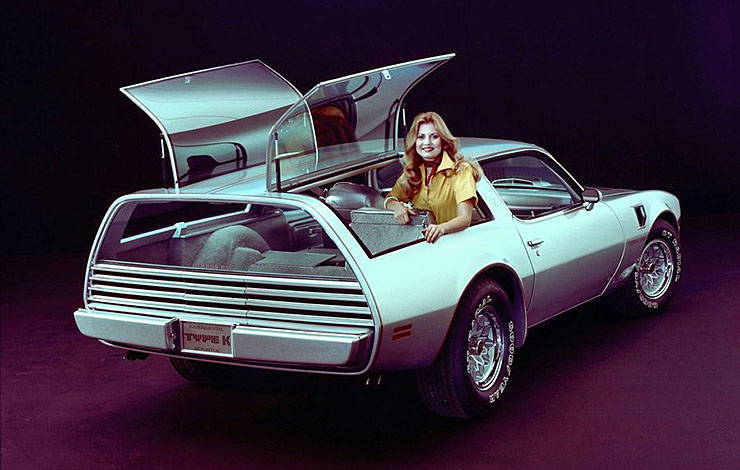 This concept creation made its first appearance at the 1977 Chicago Auto Show. The short tail, or Kammback, was the reason for this concept name (Type K designation.)
– 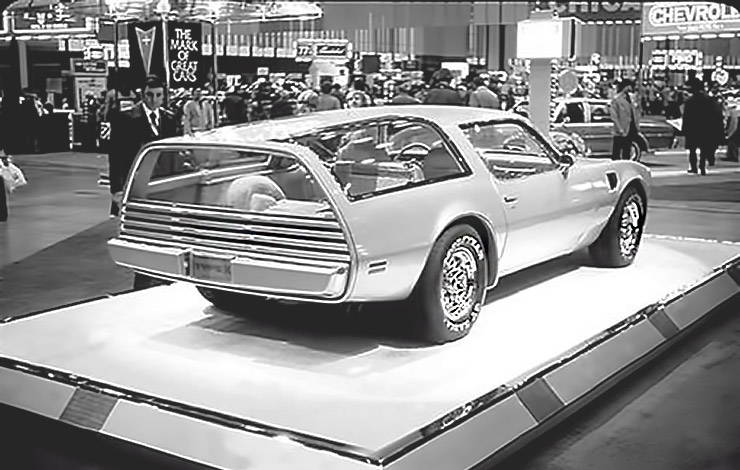 It isn’t too hard to spot the lineage of this unusual station wagon. Referred to within Pontiac as the Type K, this attractively styled wagon, based on the F-body platform Firebird/Trans Am of 1970-81, nearly made it into production.

What killed the idea, though, was not the public’s reaction. No, this unusual sporty wagon was well received by the press and public when displayed at various auto shows. Instead, it was inter-divisional design differences that kept this hot hauler from making it to the market.
– 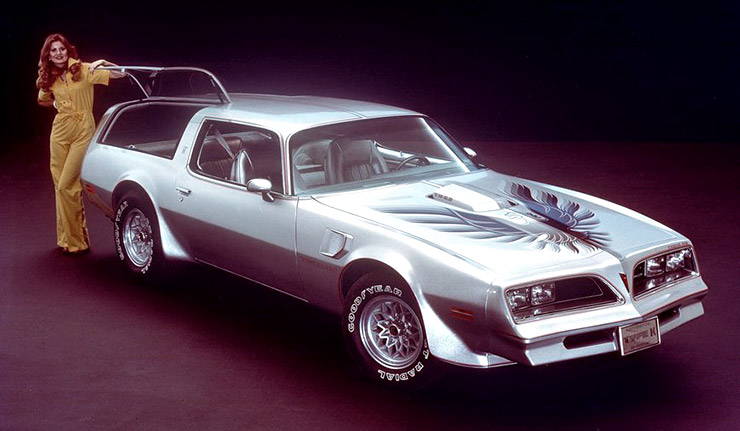 When first introduced in 1967, Chevrolet’s Camaro and Pontiac’s Firebird were based upon the same semi-unitized body structure and shared the same outer sheet metal, albeit with minor cosmetic differences. When the 1970 second-generation F-bodies debuted, the two divisions had gone separate ways in regards to the outer sheet metal styling, with the result that front ends and doors were not interchangeable between the makes. It was at about this time that Chevrolet had seriously considered creating a ponycar-based wagon.
– 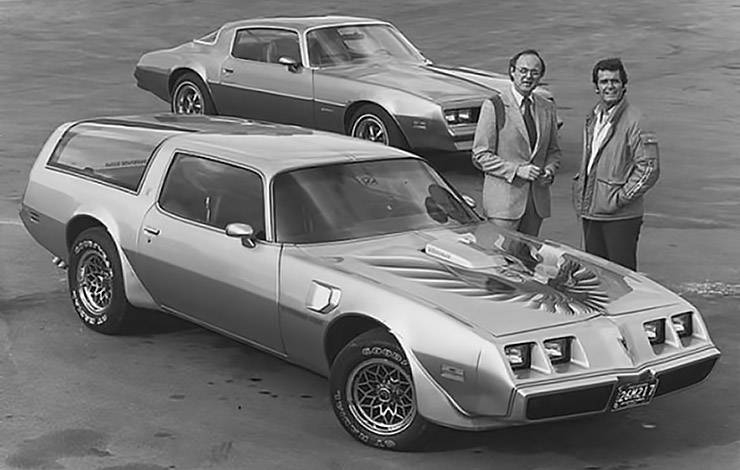 The one requisite factor of producing a wagon version of both the Camaro and Firebird was that, for cost-control purposes, the doors would have to be the same on both makes. Pontiac’s stylists preferred lower, softer-edged body lines that gave a more hunkered-down, flowing look to the Firebird than that of the Camaro, and the division’s reluctance to adopt the Camaro’s lines effectively killed the sports-wagon concept.

However, prototypes of both a Camaro and a Firebird-based version were constructed in-house, while the Pininfarina studios were contracted to build a pair of Type Ks for show purposes. These were 1978 cars, but were later updated to look like 1979/80 models. 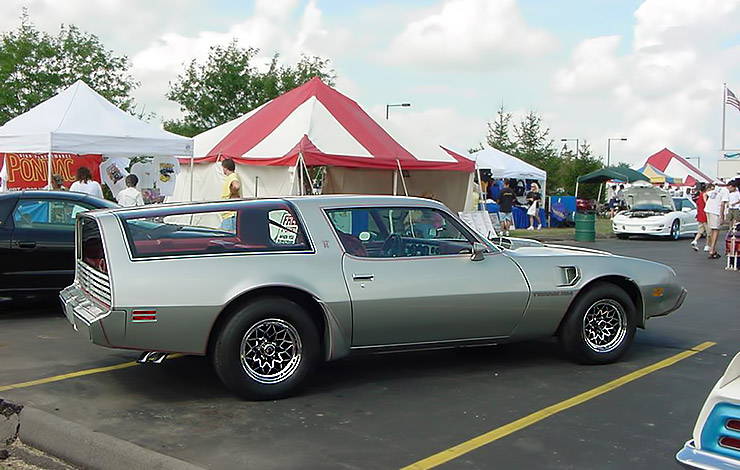 Other than the unique station wagon styling and Kammback rear (hence the Type K designation), features of the prototypes and replicas included split fold-down rear seats and hinged rear side windows that opened upwards in gull-wing fashion.


The concept was well received, but the options of building cars in Italy or in a special U.S. plant was too costly. If Pontiac were to offer the wagon to the public, it could have been double the price of a comparable coupe. 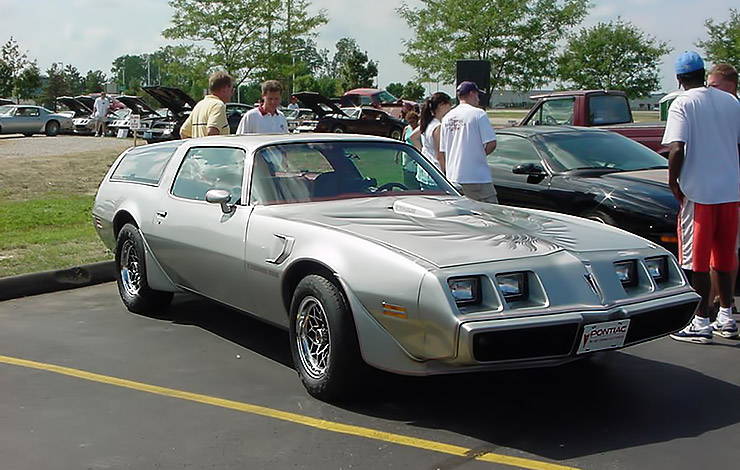 To make matters worse, a new Firebird was already in the works by the 1979 model year, which meant that the cost of developing a new Kammback body would need to be factored in as well. The idea of a two-door wagon on the F-body platform was killed off a second time. A sad ending to what could have been a very ground-breaking final product. 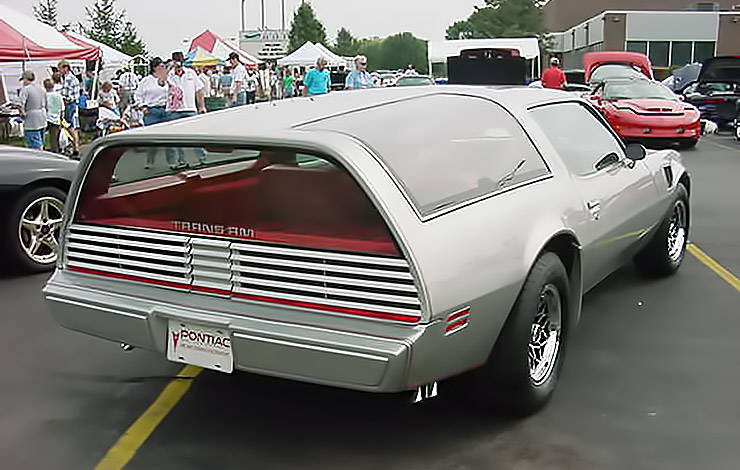 The project died, but the idea lived. The Deco International Corp. of North Hollywood, not aligned with GM, built a handful of replicas by doing conversions on existing Firebirds. Conversions cost about $15,000 plus the price of the donor car and consisted of fiberglass over a steel framework.

Though the reasons why are unclear, the gold wagon Type-K was reportedly destroyed by GM. The other one, the Pininfarina-built silver wagon is the car you can see in the video below.