Look at this ‘Cuda.  Have you ever seen a more high-end, every-trick-in-the book, custom E-Body show car?

This isn’t some ordinary show car though. Built by Jesse Matlock (Jesse’s Auto Body Shop) the “Striker” ‘Cuda is way over the top, but at the same time its old school style is well retained. For a whole lot less, customers could now have essentially the exact same car, minus the little numbers on the dash, and 99 percent of the world would never know the difference.
– This ‘Cuda was built over a 5 year period. It was Jesse’s “project between a project”. From the very beginning he knew there was something different about this build and if he could not give 110% to the project he would let it sit until he could give it his full attention.

He knew this was going to be his biggest, baddest and most expensive build and he wanted to give it his all. Well let me tell you friends, giving it his all and then some sure paid off.
– 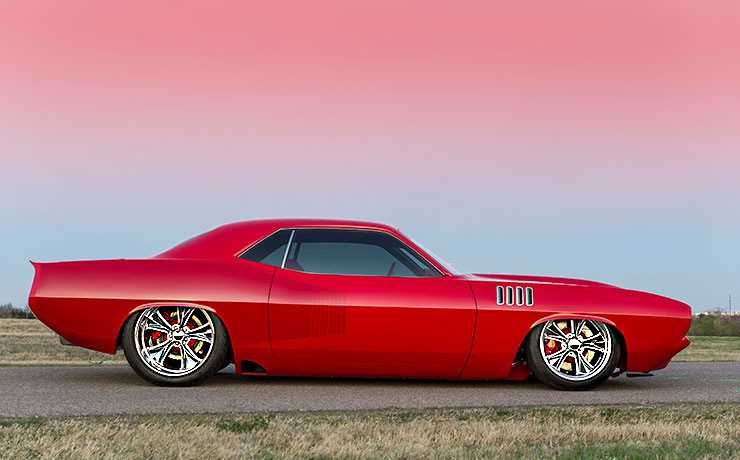 Every single piece of the ’Cuda has been modified, but yet it still feels like a ‘Cuda. “Every time I did something, it had to complement something else to keep the flow,” Jesse said. As for the modifications, there are so many beneath the blinding red paint that they can be hard to spot. Òhe rockers were extended two inches to meet the frame rails and then arch inward to form a bellypan that completely covers the chassis. The entire front clip is now one piece and is hinged for easy access to the engine bay, should that become necessary.


The front and rear valences are custom-made and molded into the body and bumpers, all the glass is flush-mounted to the body, and the entire body is channeled down over the custom frame. Drip rails, door handles, locks, and side markers are all shaved, and the front fenders are extended down two inches. 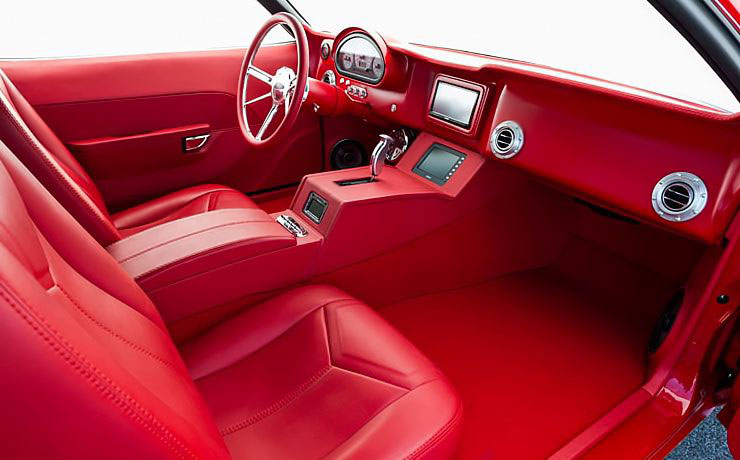 Jesse spent more than five hundred hours putting the interior together, including building the custom instrument cluster. The only stock thing you’ll find in the interior are the door handles. 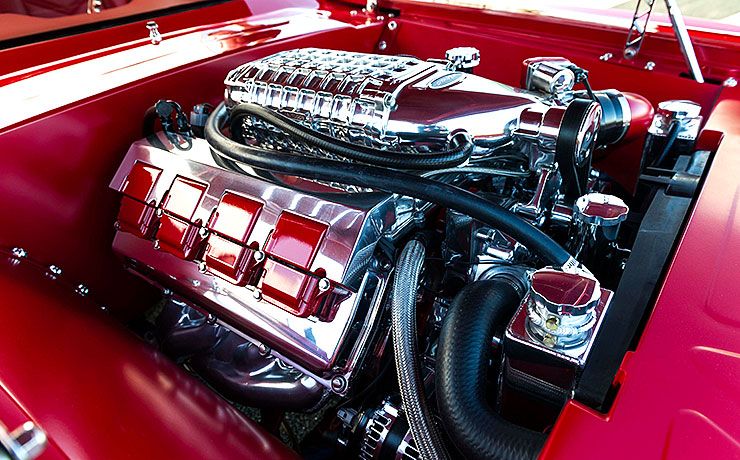 The specs on this ride are as impressive as its appearance. The flawless E-body has received countless mods, it sits on Art Morrison chassis, spins a Nitrous wheels by Foose Design and is finished in smoking hot Red that break necks. The full custom interior of the 1971 Plymouth Cuda “Striker” is as impressive as the rest of the car and is all Red as well. The power comes from a Magnuson Supercharged 6.1 Liter HEMI V8 backed by a NAG1 Auto transmission.

This is one bad to the bone Barracuda.