The proud owner of this beautiful 1970 Plymouth Roadrunner is Don Weberg from Gilbert, AZ. He’s a longtime fan of muscle cars, and even more particularly the “Mopar” muscle cars. This Roadrunner is equipped with a 383 Engine, A-833 4-speed Tranny  with a pistol grip shifter and 3:55 Gears.

Don owned a striking Yellow 1972 Dodge Challenger with a 340 high-performance engine, 4 barrel carb and a 727 slapstick transmission. When I asked him why he sold the Challenger and bought the Roadrunner he replied: “I love the Challengers, but this 1970 Roadrunner is my all-time favorite body style. A good friend of mine owned the car for a number of years and he asked me if I would drive it to a car show. It was then when I realized that I had to have this Roadrunner”. 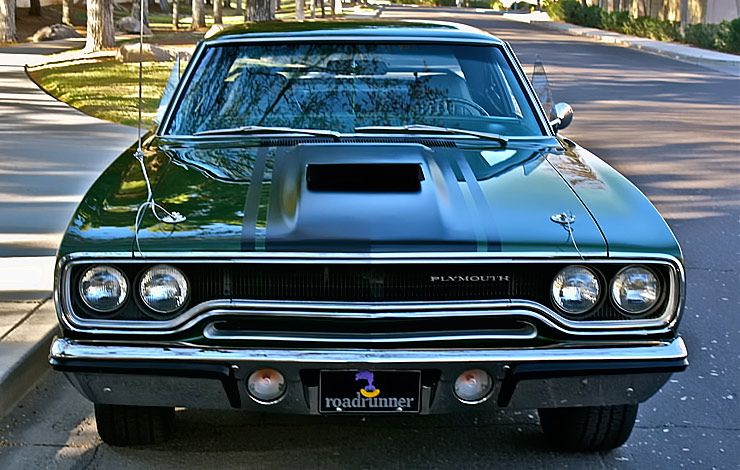 Don says his favorite part of this Roadrunner would have to be the original restoration completed about 10 years ago. He liked how the owner kept it nearly all original and prefers that classic look over a customized look. Don also stated that if he were to restore the car again, then he would keep the interior and paint exactly the same. The only upgrade he might be tempted to make would be to throw a 440 engine in it and maybe a Keisler 5 speed tranny. Don then went on to say that he would obviously keep the original block and tranny for the option of putting them back in the car if he wanted to. 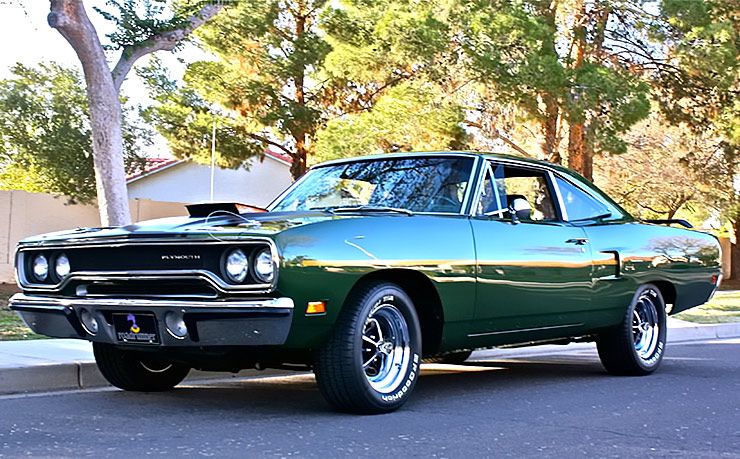 Don calls his ride “The Green Hornet” and seems fitting when admiring the Ivory Green Metallic paint job with the combination of light and dark green interior. The part of the color scheme that really caught my eye is the black accents including the flat black racing strip on the hood. I thought the flat black complimented the hood and was just the right contrast against the green. 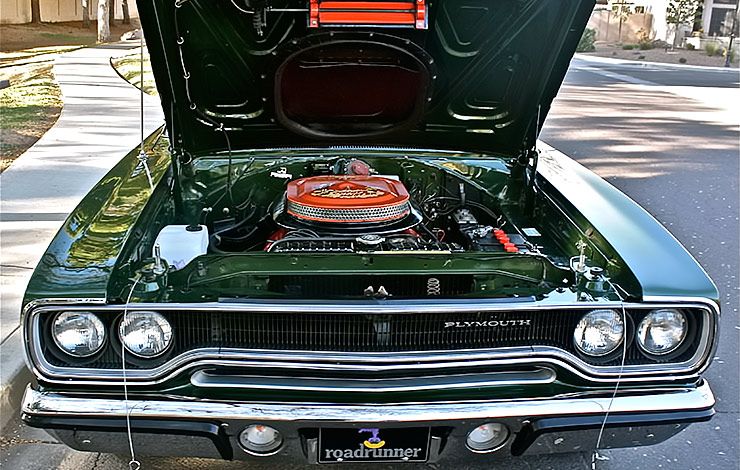 The Green Hornet is well known at the local car shows in Arizona. Don especially enjoys hanging out with his buddy’s on Saturday nights at the River View car show in Mesa, AZ. The Green Hornet is a car that never goes unnoticed on the streets and Don doesn’t like to hide it in the garage. So if you live around his town then this car most likely has caught your eye a few times. The Roadrunner is a Mopar favorite, but one doesn’t have to be a Mopar fan to appreciate this amazing muscle car. 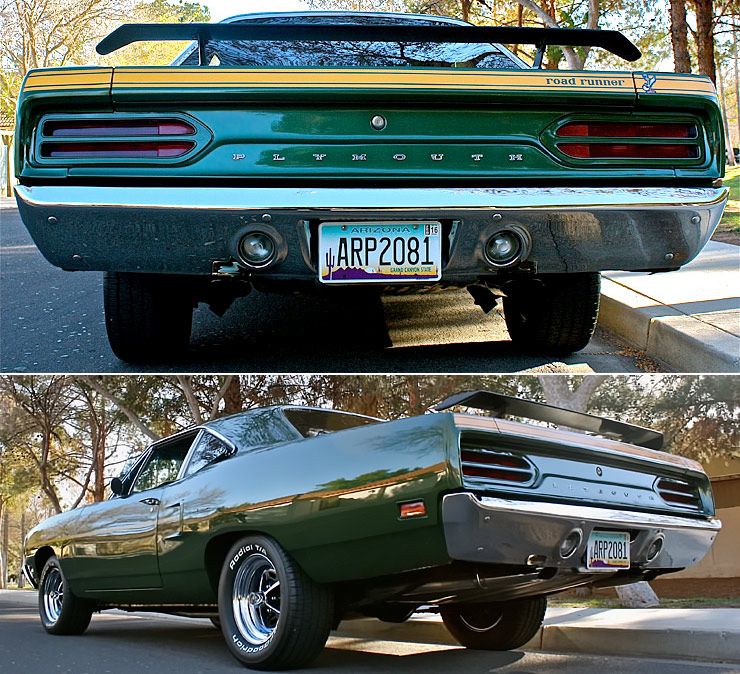