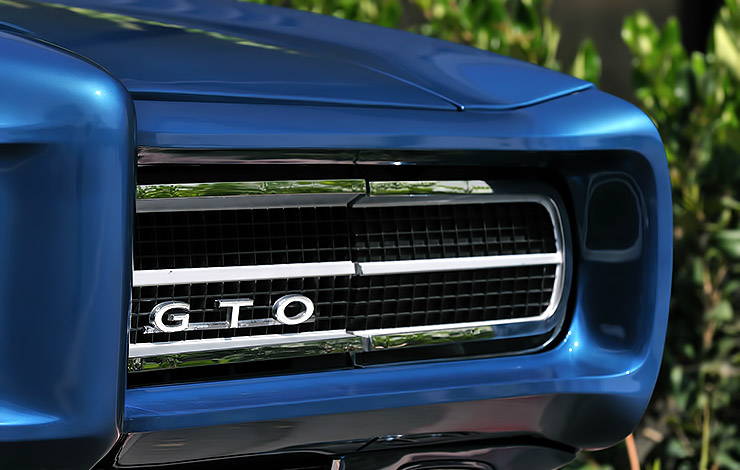 While the GTO sold strongly ever since introduction and continued to do so throughout the 1960s, the competitors eroded the GTO’s market share, if not its lofty image. Typical of the youth market’s challenges, the beautifully restyled, high-image GTO was Motor Trend’s Car of the Year for 1968, while the winner for 1969 was the taxicab-plain but cheeky and quick Plymouth Road Runner.

Not to be outdone, Pontiac responded with a low-cost version of the GTO. Initially called the “ET,” short for “elapsed time,” the car was conceived with a smaller engine and fewer standard features than the GTO.
– 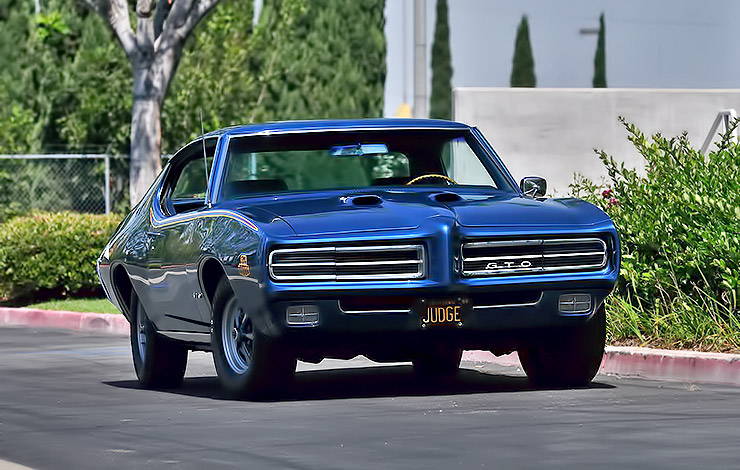 However, it was renamed “The Judge” and actually topped the GTO series at a premium of some $337. With a gorgeous Carousel Red or Liberty Blue finish (among 14 other color options), bold graphics, a 60-inch wide rear wing, and big-cube power, the Judge more than compensated for its lack of subtlety with unbridled performance. 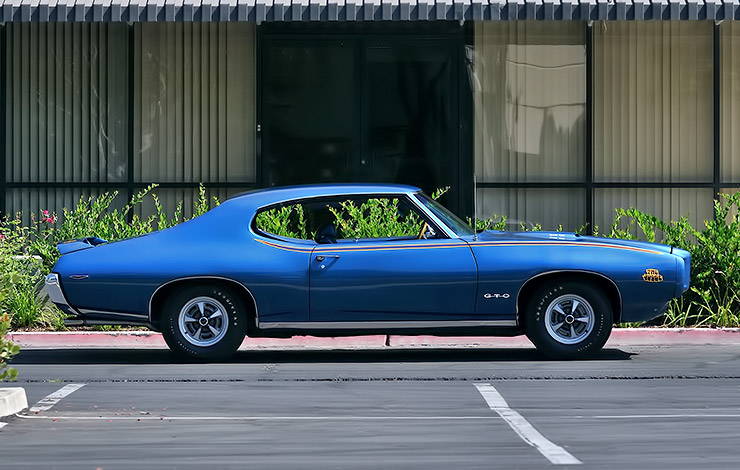 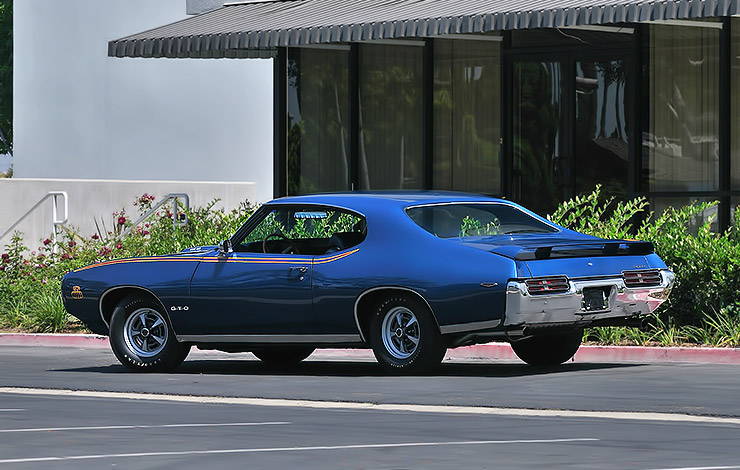 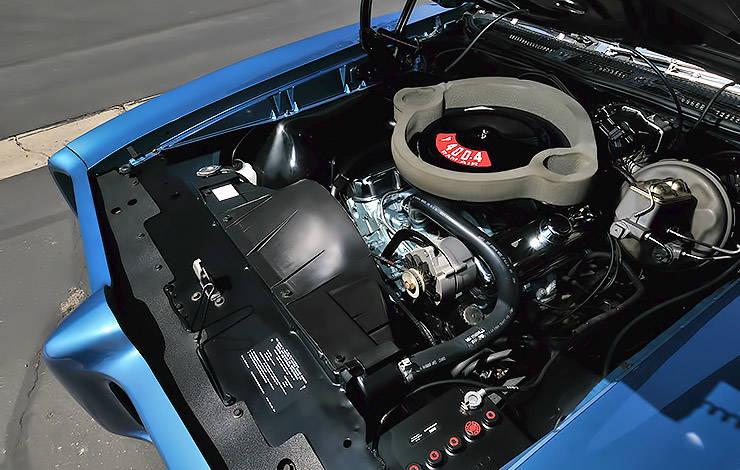 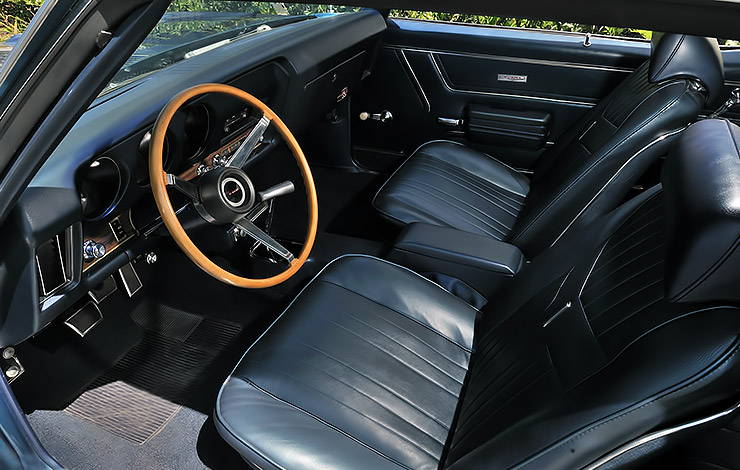 Its output was understated at 366 hp and seems to have been influenced by GM’s power-to-weight restrictions. Nobody was fooled by this trickery, though. Fourteen-second quarter-mile times were easily achieved in showroom stock trim, and while The Judge polarized contemporary road testers, 6,725 GTOs were so equipped for 1969.

Still, The GTO Judge of 1970 remains a cornerstone example of muscle cars at their absolute peak. Read more.