The Sports Grain trim package (actually just station wagon-style Di-Noc to fit the side coves in their bodies) was an option available only on Newport two-door hardtops and convertibles in 1968.

Introduced in February 1968 at the Chicago Auto Show, there are no factory records to indicate how many Newport convertibles were so equipped, but with a total of only 2,891 convertibles produced during the 1968 model year, an original Sports Grain ragtop would be a rather rare purchase. 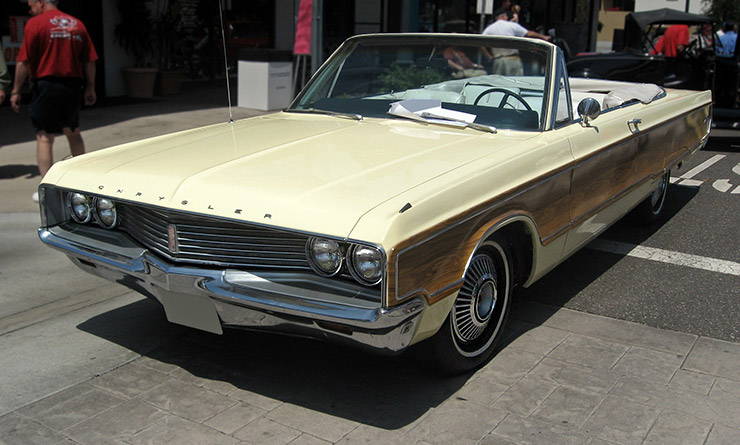 This faux woodgraining was the only thing that set the cars apart from a normal Newport, but there were other options that could add to the car’s street performance and collector desirability as well. For instance, a Newport with a “TNT” engine package (the 440-cu.in., 375hp, four-barrel V-8 that pumped 25 more horses than the 300 series cars) would literally double the market value of such a car no matter if it was restored or unrestored!

A stick shift would also be a scarce find because, although the stick was standard on Newports, the great majority of buyers ordered their cars with automatic gearboxes. And a combo of the Sports Grain trim, the 440/375 V-8 and a stick shift would make the car worth…well, who knows? To our knowledge none have ever come to market. Maybe none were ever built. And if they were, you could probably count these kinds of Sports Grain convertibles on both hands and have some fingers left over. 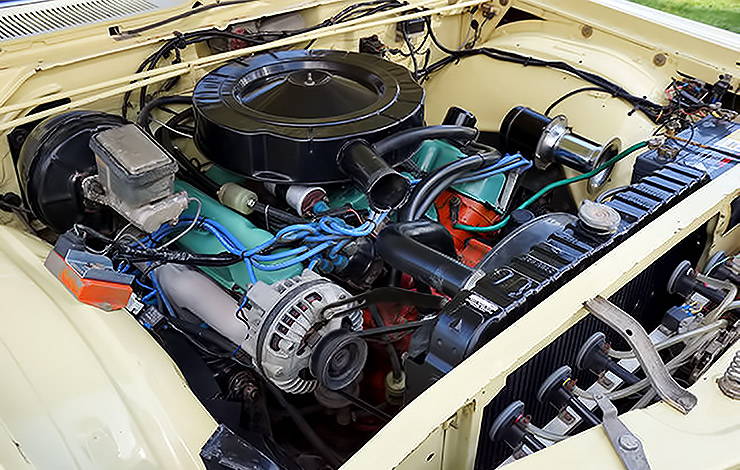 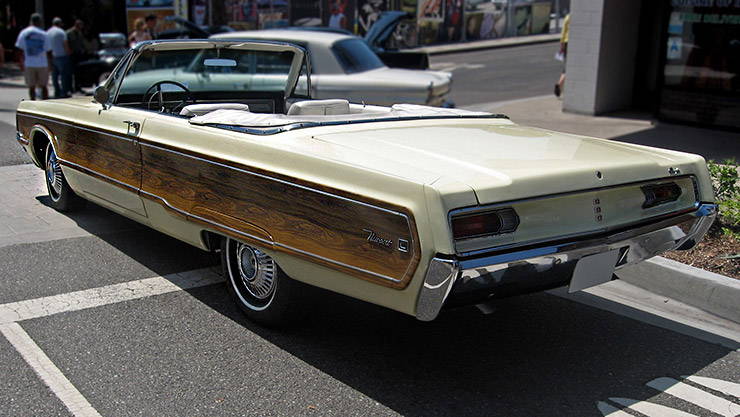 Mechanically, Chryslers of this era are virtually bulletproof no matter which engine/transmission combo you’re talking about. Interior quality is a bit above average but the big bugaboo of ’60s cars—rust—can raise havoc with these Mopars anywhere and everywhere throughout the car. 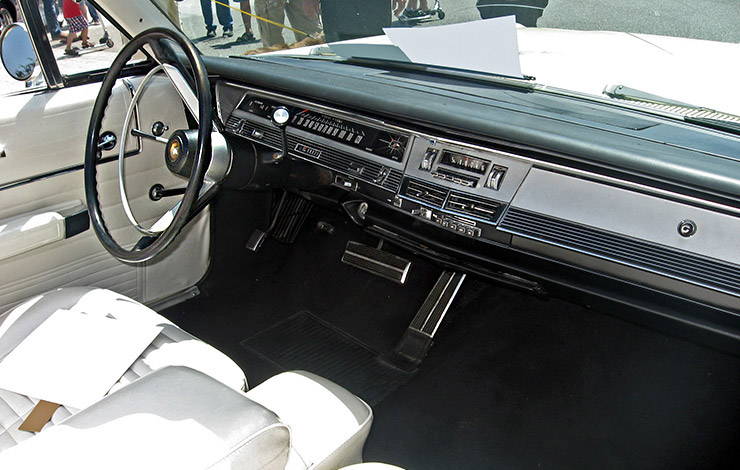 A Newport convertible with Sports Grain option would be a distinctive collector’s choice. It’s big—very big—and flashy in a squared-off ’60s way. Even the stock 383 gives these drop-tops plenty of power, although no one brags about their fuel mileage.

The other attractive part of this collector car is the market price. For some reason, Chrysler product cars simply don’t bring the price levels of their GM and FoMoCo rivals. That means a relative bargain if these cars appeal to you and, for certain, you’ll get a lot of car for your money. 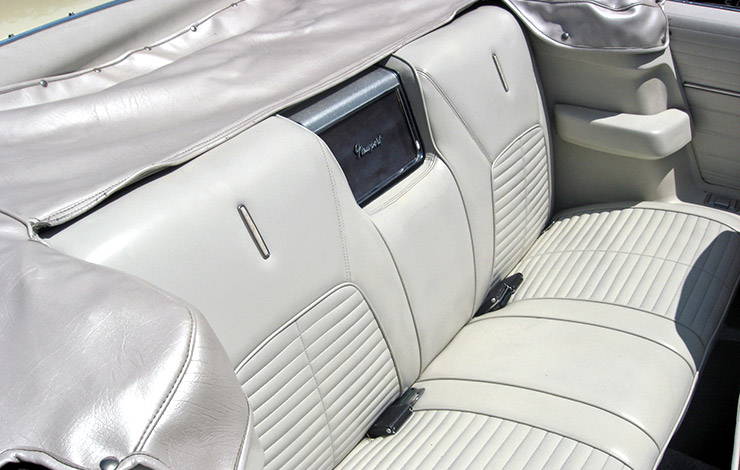