Tim Douglas’ ’67 Chevy began as a primered work truck and turned into to a pampered show beauty. 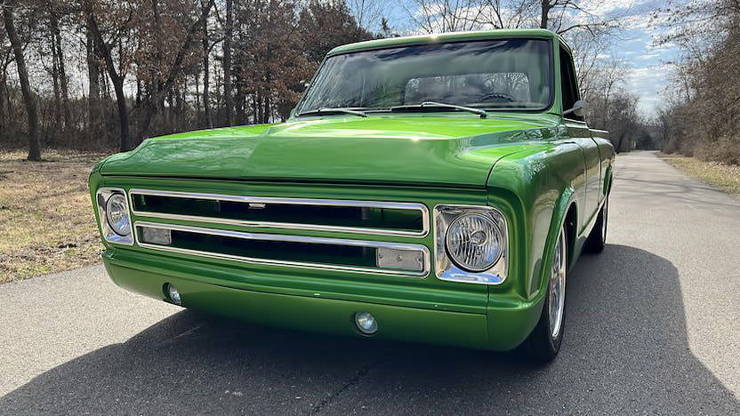 Few trucks find owners that pamper them and treat their trucks like a priceless antique. Since most trucks are used for work purposes, it is a treat to find an older truck that has been transformed into an awesome show truck.

Having owned many Classic Chevys in the past, Tim Douglas found this truck in primer and in very poor condition. Originally purchased as a work truck, Tim turned the truck into a show vehicle in exactly 11 months and one day.
– 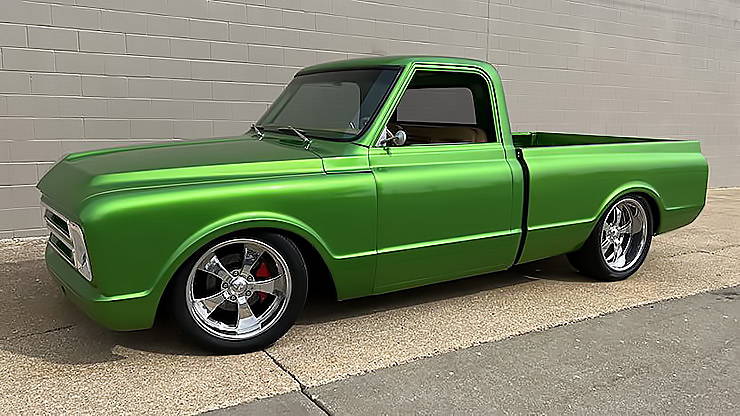 Tim started with the bare frame and actually shortened it eight inches, and C-notched the rear. A pair of four-inch Lowering Blocks and 2.5 inch Drop Spindles were used to lower the truck 5 inches front, and 7 inches rear. The truck’s steering has been upgraded to an Ididit tilt column that has been chromed and attached to the truck’s power steering unit.

Tim discarded the Original rear end for a 12-bolt rear out of a ’72 Chevy truck, outfitted with 3.40:1 gears. The rear suspension still uses the ’67 trailing arms, but a set of air springs and KYB gas shocks now help improve the truck’s ride and stance. The rear also uses a set of disc brakes borrowed from a 1985 Cadillac, while the front uses disc brakes from a ’72 pickup. To finish off the rolling chassis, Tim opted for a set of 17-inch diameter Showwheels custom billet wheels, mounted on a set of BFGoodrich radials measuring, 254/50R17 front and 305/45R17 at the rear. 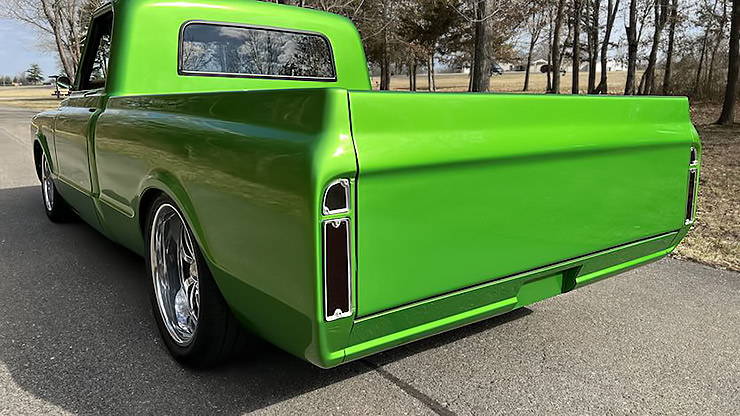 Under the hood lies 468 CI big block Chevrolet engine. A potent engine such as this needs a potent transmission behind it, so Tim opted to use a TPI 700R4 automatic with Lokar linkage and cables to operate it.


The complete body is all Original ’67 sheet metal, but several areas have been modified with some custom bodywork. Under the hood the firewall is completely smooth, the radiator support has been shaved, and all of the hoses and wires are tucked out of sight. Classic Restorations is also responsible for building the front and rear steel roll pans, as well as applying the GM Synergy Green color. 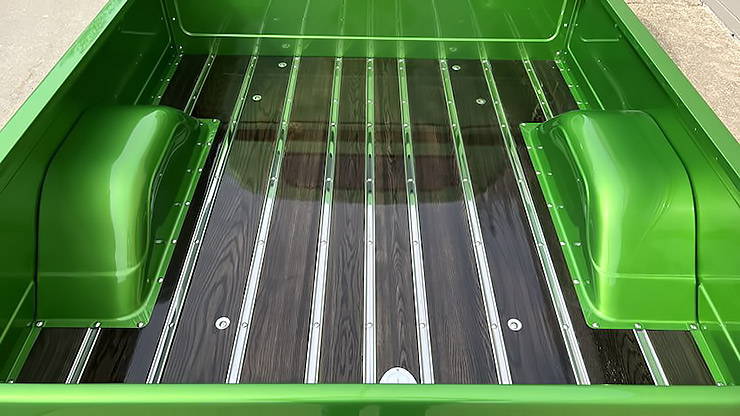 The interior of Tim’s ’67 looks just as impressive as its exterior. Outfitted with a custom leather interior, Tim used Cloverleaf Upholstery in Richmond to upholster it in beige leather. Aside from the appearance of the ’67’s interior, there are also many other amenities built into the truck. For example, a set of Specialty Power Windows was added, along with remote door locks that are hidden behind a set of Rod Doors door panels and headliner. The finishing touch is the Billet Specialties billet steering wheel with matching beige trim. 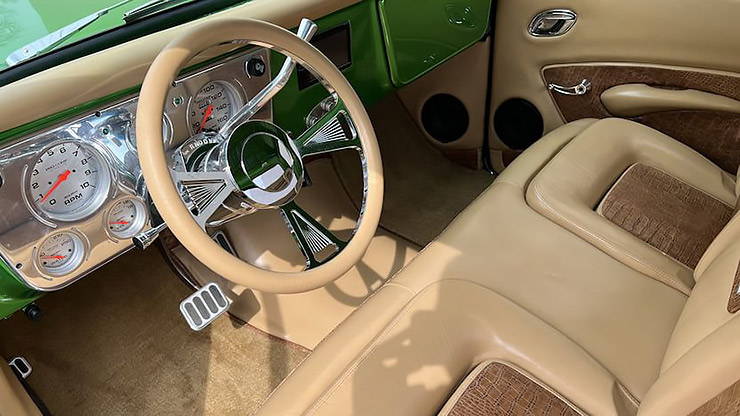 Tim affectionately calls his truck Sweepee after the cartoon characters Popeye and Sweepee. Considering how quickly Tim put this truck together, it’s quite impressive as to its overall quality and timeless appearance that will have Chevy truck enthusiasts talking about Tim’s truck for many years. 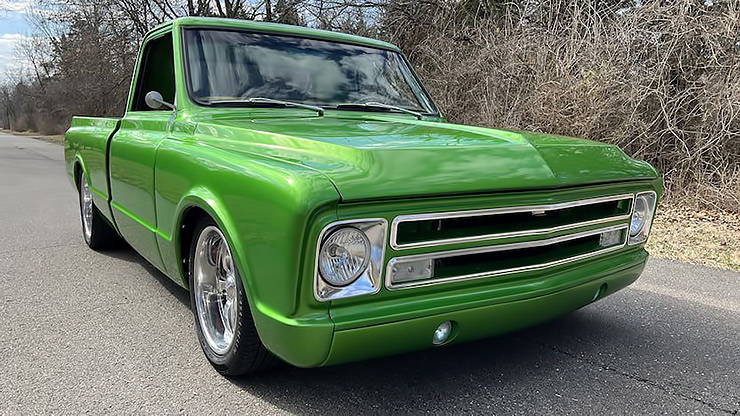